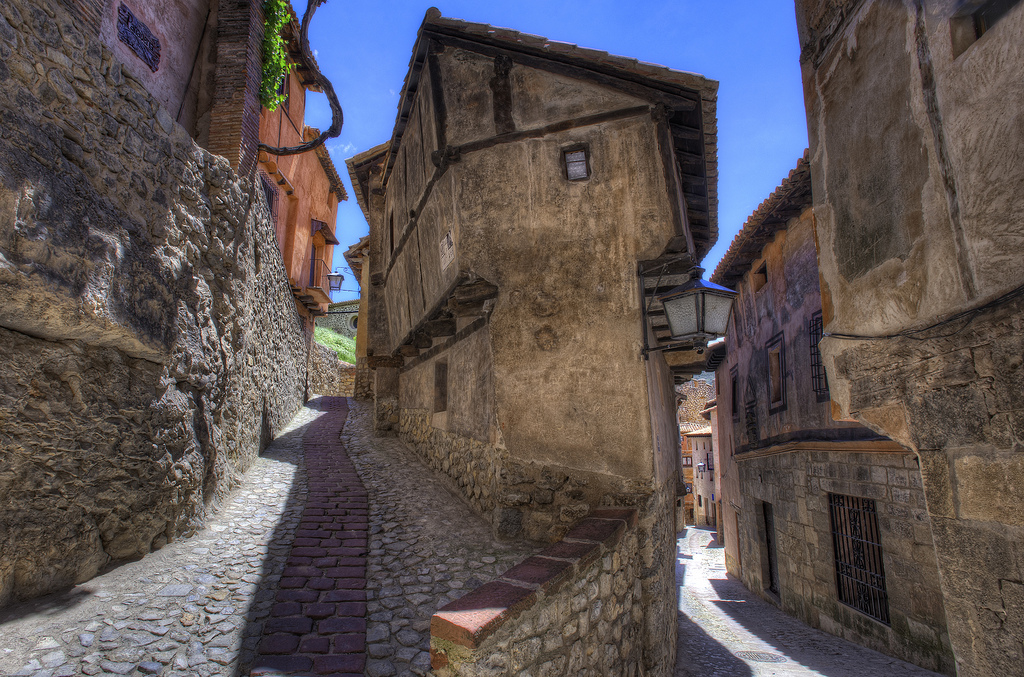 Albarracín, come to find out, is one of the most isolated places in the whole country. Pronounced “ahl-vahr-rah-THEEN” [al.?a.ra??in], this tiny village is a half-hour drive into the mountains from Teruel, the only provincial capital in peninsular Spain without direct train service from Madrid. Today’s Albarracín is a heavily-restored version of the village it was half a millennium ago, as the town was essentially in ruins after the Spanish Civil War. The town is named for the Moorish Al Ban? Razín family that once had been dominant in the area during the period of Muslim domination in the Iberian Peninsula. From 1167 to 1300, Albarracín was an independent lordship known as the Sinyoría d'Albarrazín which was established after the partition of the Taifa of Albarracín under the control of Pedro Ruiz de Azagra. It was eventually conquered by Peter III of Aragon in 1284, and the ruling family, the House of Azagra was deposed. The last person to actually hold the title of Señor de Albarracín was Juan Núñez I de Lara, although his son, Juan Núñez II de Lara continued on as the pretender to the title until 1300 when the city and its lands were officially incorporated into the Kingdom of Aragon.