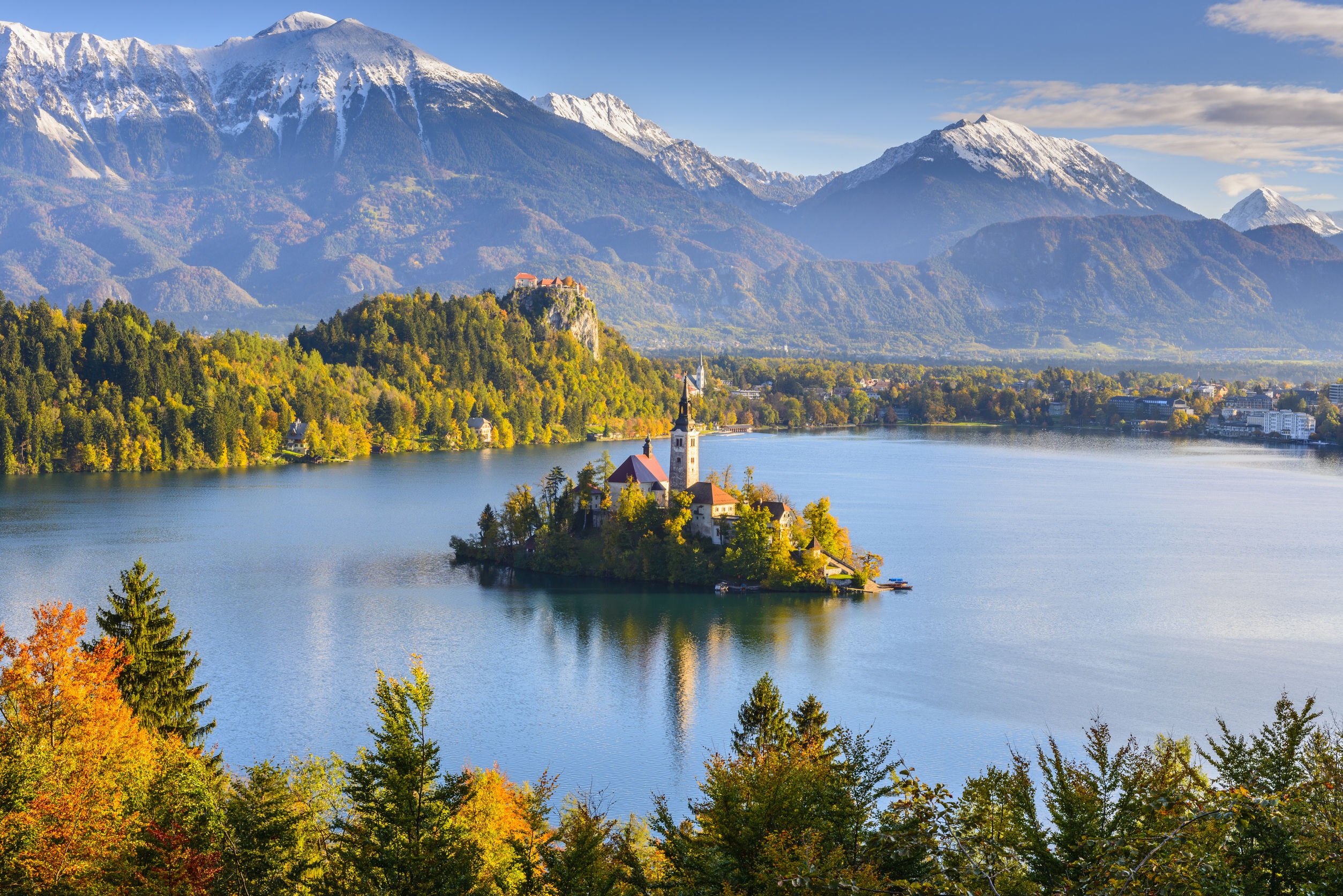 The lake is situated in a picturesque environment, surrounded by mountains and forests. The medieval-era Bled Castle stands above the lake on the north shore. The Zaka Valley lies at the west end of the lake. The Bled Lake came into existance when the Bohinj Glacier moved away. It is 2120 m long, up to 1380 m wide and it is of the tectonic origin, After the last Ice Age, the Bohinj Glacier deepend its natural tectonic hollow and gave it its present form. When the ice melted the basin was filled with water. The lake has no considerable affluents except some streams. The thermal springs in the northeast part are captured in three swimming pools: at the Toplice Grand Hotel, Park Hotel and Golf Hotel. The beauty of the lake is stressed by the island on the west side. The temperature of the lake reaches up to 25°C in the summer and gets ice covered in winter. The lake surrounds Bled Island (Blejski otok). The island has several buildings, the main one being the pilgrimage church dedicated to the Assumption of Mary (Cerkev Marijinega vnebovzetja), built in its current form near the end of the 17th century, and decorated with remains of Gothic frescos from around 1470 in the presbyterium and rich Baroque equipment. The church has a 52 m (171 ft) tower and there is a Baroque stairway from 1655 with 99 stone steps leading up to the building. The church is frequently visited and weddings are held there regularly. Traditionally it is considered good luck for the groom to carry his bride up the steps on the day of their wedding before ringing the bell and making a wish inside the church.