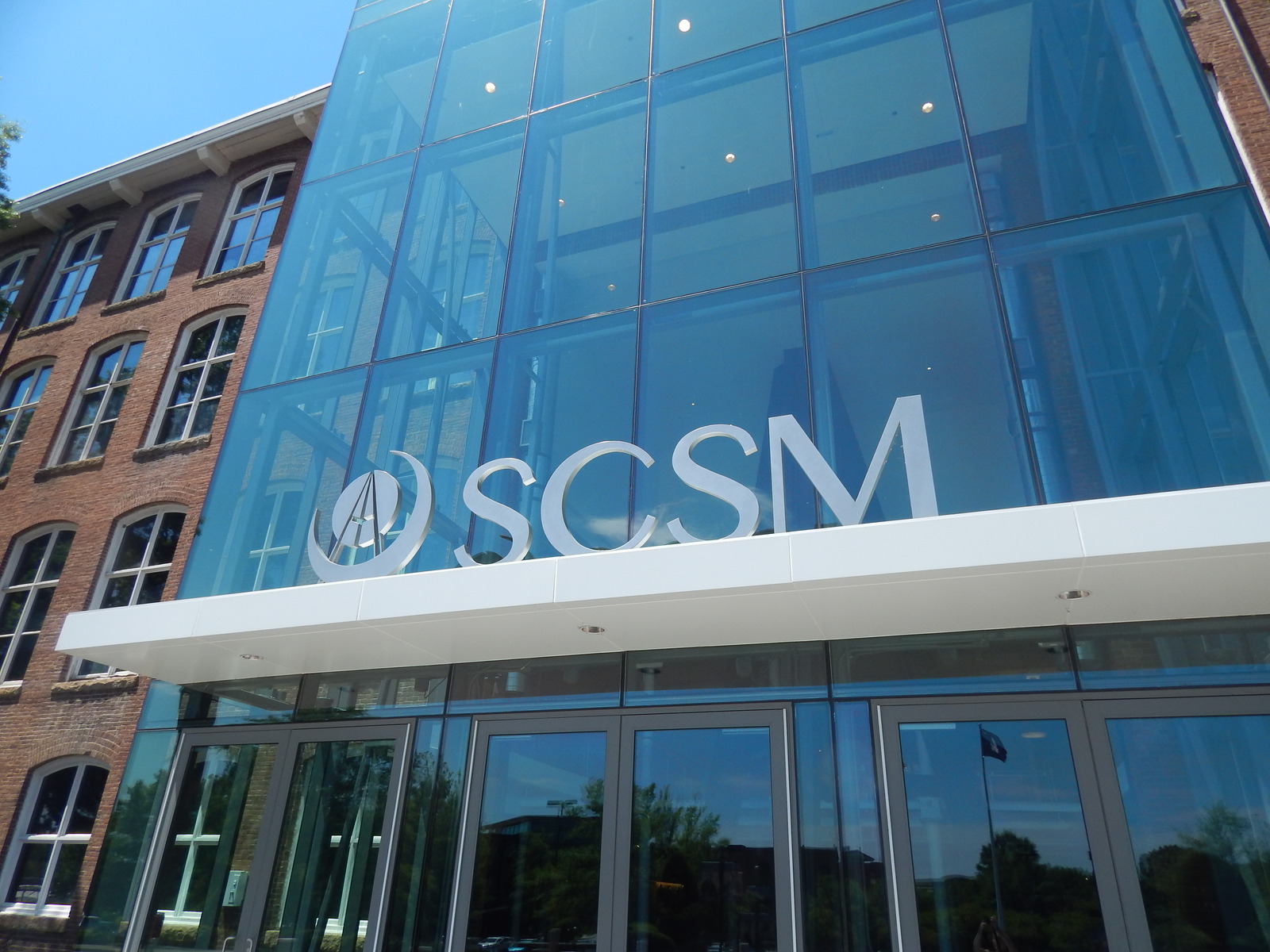 The museum opened October 29, 1988 and is housed in what it calls its largest artifact, the former Columbia Mills Building, listed on the National Register of Historic Places in 1982.[1][2][3] When the mill opened in 1894, manufacturing cotton duck cloth (a canvas-like material), it was the first totally electric textile mill in the world. It was also the first major industrial installation for the General Electric corporation. On certain levels of the museum, the original flooring has been kept intact, distinguishable by hundreds of textile brads and rings (that carried the threads during the spinning process) that became embedded in the floor while it was still being used as a mill. The museum represents four disciplines: art, cultural history, science and technology, and natural history. Exhibits include life-size replicas of the Best Friend of Charleston, the first American-built locomotive, and the H.L. Hunley, the first submarine to sink an enemy ship in combat. The second floor is notable for its recreation of a Megalodon, named Finn, suspended mid-air just around a corner, which has scared countless groups of young children.