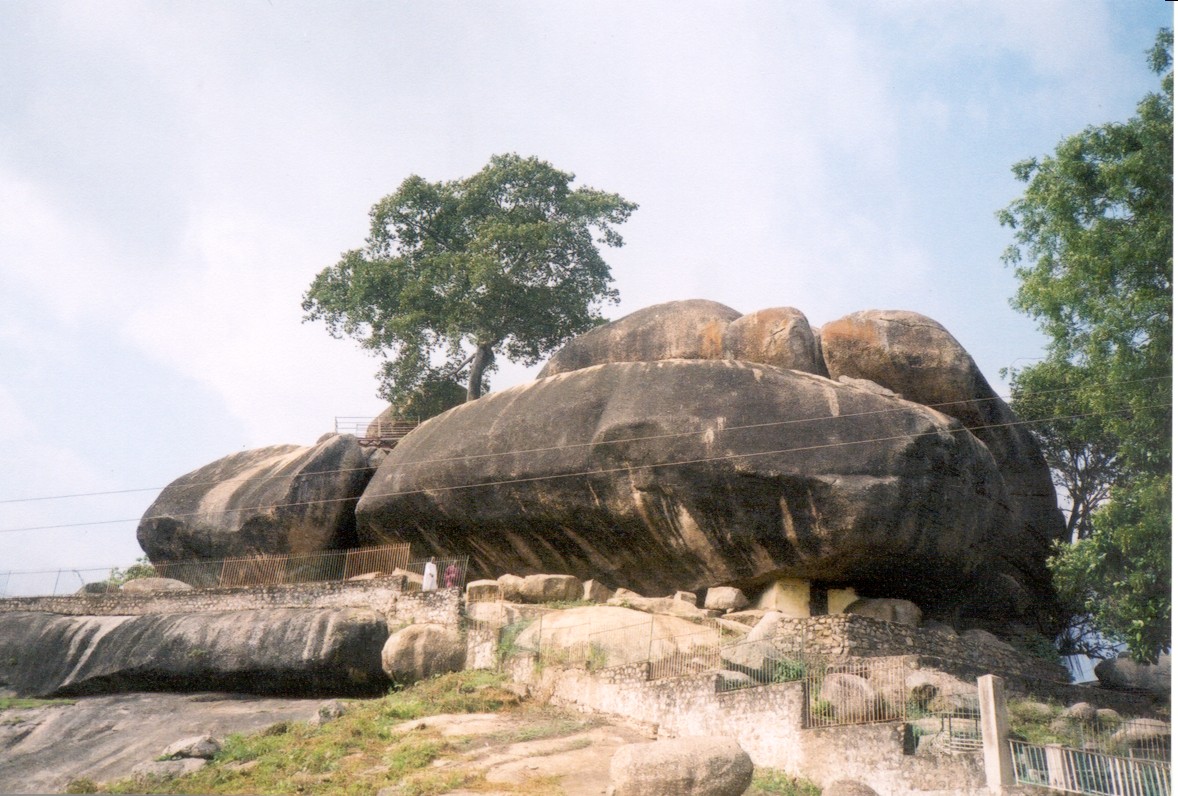 Olumo Rock which stands towering majestically over the town of Abeokuta in Ogun State, it’s likely that you’ve met the Rock guides who would have told you the history and the Myths of Olumo Rock.According to history, the massive edifice of nature which was named ‘Olumo’ – meaning ‘God molded this’, was a safe haven for Egba indigenes during war times in the 19th century. The Rock perfectly hid the people such that the enemy - warriors from Dahomey (now present day Republic of Benin), could never get to locate them. For a long time, they lived within the confines of the rock, they were able to farm and feed and shelter themselves. There was even the discovery of water that dripped within the rock which was said to be highly medicinal. Some eventually saw the rock as a deity that protected the Egba people till this day. Somewhere on the mid-base of the rock is a shrine where priests came to honor the deity of the rock. But in all these the one aspect of Olumo Rock which till today still baffles me is the Myth behind the Serpent that turned into stone. I had heard the story a number of times since my younger years but I wanted to validate it. According to what I heard, the snake had somehow crawled onto the rock which was somewhat a taboo or an offence for such an animal and so the deity of the rock in anger turned the snake into stone. Another version said it was some powerful enemy of the indigenes who turned into a snake and climbed the rock with the hope of discovering where the people were hiding. The Rock deity in defense of the people then struck the snake with lightening and the snake turned into stone.On visiting the Olumo Rock, I asked about the snake and was shown where it was. It laid stiff on top a round rock in an obvious attempt to slither its way across the rock surface. From a distance it looked like some thick root of a tree sticking out but on closer view I noticed that it actually was a snake with its mouth partially opened. A part of the mouth seemed to have broken probably due to long time exposure. The guides didn’t seem to be able to tell a viable story about the snake. I was later to learn that the Rock used to have some elderly individuals who were guardians of the rock but had passed on with time. One of them still had her grave situated under the rock and her house still stood opposite the grave. The guardians were the ones who would know the true story behind the snake. But I fear the story may have been lost in time as this generation passed on and left nothing much for the younger generation to comprehend. I questioned the believability of this phenomenon. If this was just a dead snake, it should have decomposed totally but that was not the case. It was also hard to just say it’s a carving because of its positioning; it would have been hard if not impossible to carve it the way it appeared on the rock. Yet it was stiff and carried the same grey color as the rock. Further down the rock formation was a carving done by local artistes, which was totally different from what the snake looked like. The area was out of bounds, otherwise I would have moved closer to investigate very well. I could only snap a picture with my phone. The mystery intrigued me. I wondered wether there was any way in which nature could turn a living entity into stone. I’m still not sure there is. I searched through the internet, eager to find any stories behind this myth but found nothing. And so the mystery of the stone snake remains hanging… (from thekushchronicles.blogspot)