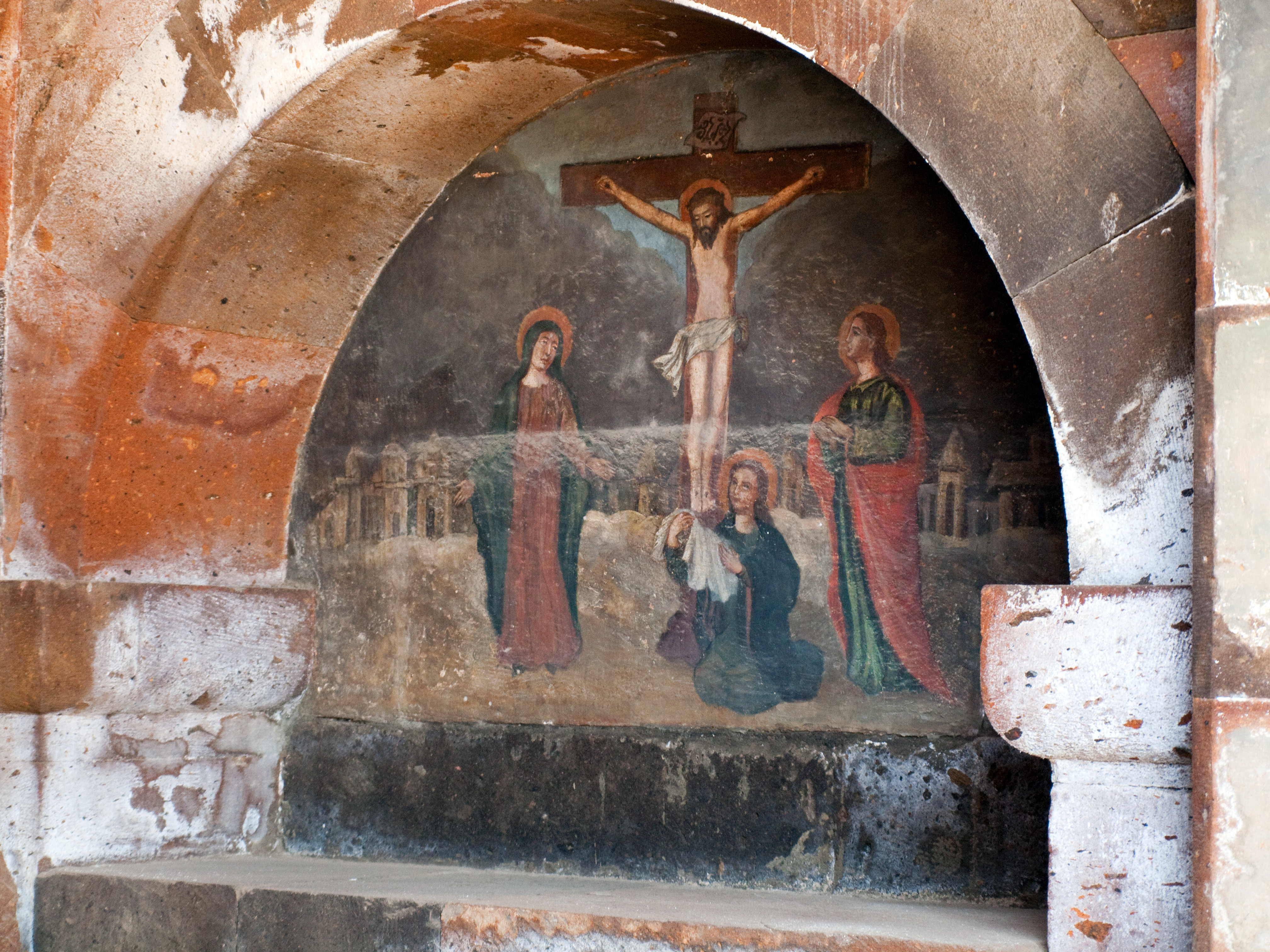 St. Gayane church is built in the City of Echmiadzin, a short walk from the Cathedral of Echmiadzin. Built in 630 (according to a chronicle), Hripsime belongs to another architectural type worked out in the epoch of early Christianity in Armenia. This is a domed basilica with an octahedral drum resting on four internal pillars which divide the interior of the structure into three naves. A semi-circular apse with two annexes, rectangular in the plan, on its sides is fitted into the clear-cut outline of the building. The middle sections of the side naves are elevated slightly over the corner ones and roofed with vaults across the building, forming a transversal nave. The outward appearance of the structure is completed with a cross cupola emphasized on all the four facades by large gables characteristic of Gayane church, just as of similar temples in Odzun, Bagavan and other places, is the laconicism of architectural and structural shapes and their harmonious unity. In itself, the irreproachable smoothness of the stone surfaces of the arches, vaults and trompes is an artistic merit of the structure. The interior and the outward appearance of the church are distinguished by balanced composition, graceful proportions which emphasize the height of the structure. The same is true of architectural details the frames of the doors and windows, cornices and shelves livened up by carved floral ornaments. In 1652 the church underwent capital reconstruction, and In 1683 a gallery a sepulcher for the prominent figures of the Armenian church was added to its western facade. This is a five-span gallery. Its three central spans with large arched openings are roofed with domes, and the side ones, which are slightly lower, vaulted and blank, with graceful six-column belfries. The architectural features of the gallery, typical of the 17th century, do not contrast with the overall artistic image of Gayane church.