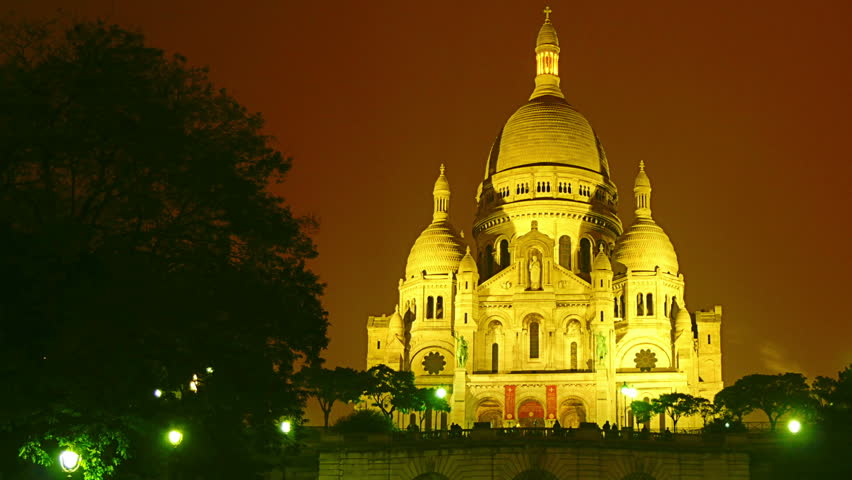 Above all, Montmartre, an area on a hill in the 18th arrondissement, north of downtown Paris, is known for its many artists who have been omnipresent since 1880. The name Montmartre is said to be derived from either Mount of Martyrs or from Mount of Mars. Until 1873, when the Sacré-Coeur was built on top of the hill, Montmartre was a small village, inhabited by a mostly farming community. The Basilica Project The project to build the Sacré-Coeur Basilica (Basilica of the Sacred Heart) was initiated by a group of influential people. Their reasons to build this monument was two-fold: they had pledged to build a church if Paris escaped unscathed from the war with the Prussians and they saw the defeat of the French at the hands of the Prussian army in 1870 as a moral condemnation of the sins of Paris. The project was authorized by the National Assembly in 1873, and a competition was organized. The goal was to build an imposing basilica true to Christian traditions. The Building The winner of the competition was Paul Abadie, who had already restored two cathedrals in France. He designed an immense basilica in a Roman-Byzantyne style. This architectural style stands in sharp contrast with other contemporary buildings in France, which were mostly built in a Romanesque style. Construction of the Basilica started in 1876 with Abadie as the lead architect. When Paul Abadie died in 1884, he was succeeded by Lucien Magne, who added an 83 meter (272 ft) tall clock tower. The Savoyarde clock installed here is one of the world's largest. Due to its location on the Montmartre hill, the basilica towers over the city; its highest point is even higher than the top of the Eiffel Tower. Thanks to this prominent location the Sacré-Coeur Basilica is one of the most noticeable landmarks in Paris. White Stones The Sacré-Coeur Basilica has managed to keep its beaming white color even in the polluted air of a big city like Paris. This can be attributed to the Château-Landon stones which were used for the construction of the Sacré-Coeur. When it rains, the stones react to the water and secrete calcite, which acts like a bleacher.