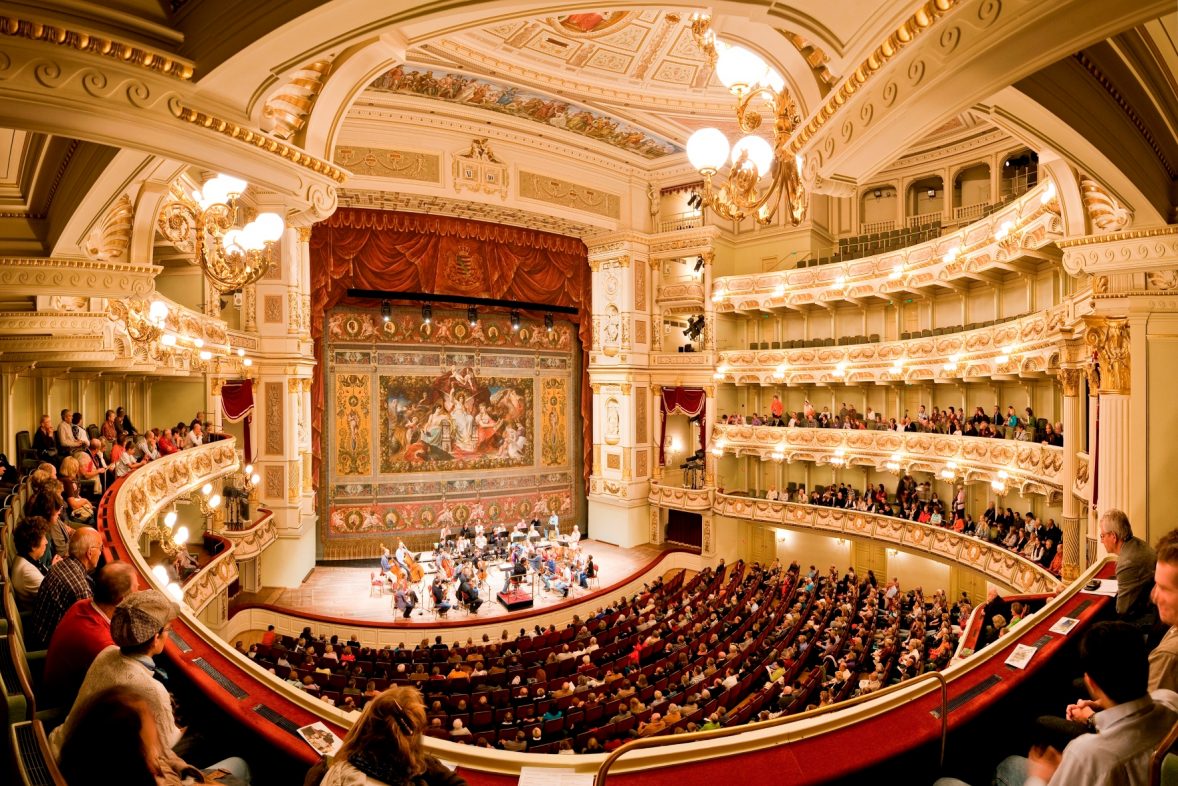 Already in 1678 an opera house was built on the current site of the Semperoper, near the Theaterplatz. In 1838 Gottfried Semper, who was heavily influenced by ancient Roman architecture, started with the construction of a new theater building in neo-Renaissance style. The magnificent building saw many premieres of works by Richard Wagner, who arrived in Dresden one year after Semper's Opera House was completed in 1841. In 1869 a fire destroyed the building. Even though Gottfried Semper was in exile after he took part in a failed democratic uprising, he was awarded the design of the new Opera House. His son Manfred constructed the building in High Renaissance style between 1871 and 1878 after his father's plans. The Semper Opera House was destroyed again in February 1945 during the heavy allied bombardments and subsequent fires which laid the whole city in ruins. The building was reconstructed forty years later. It reopened in February 1985 with a performance of Carl Maria von Weber's Der Freischutz, the opera last played before the bombardment in 1945. The oval shaped building features a large central portal topped by a panther-drawn quadriga with Dionysos, Greek god of the art and his consort Ariadne. On either side of the portal are statues of Goethe and Schiller, famous German writers. In niches at the sides of the building are the original statues of Shakespeare, Sophocles, Molière Statue of King John and Euripides; they were saved from the old Semper Opera House.