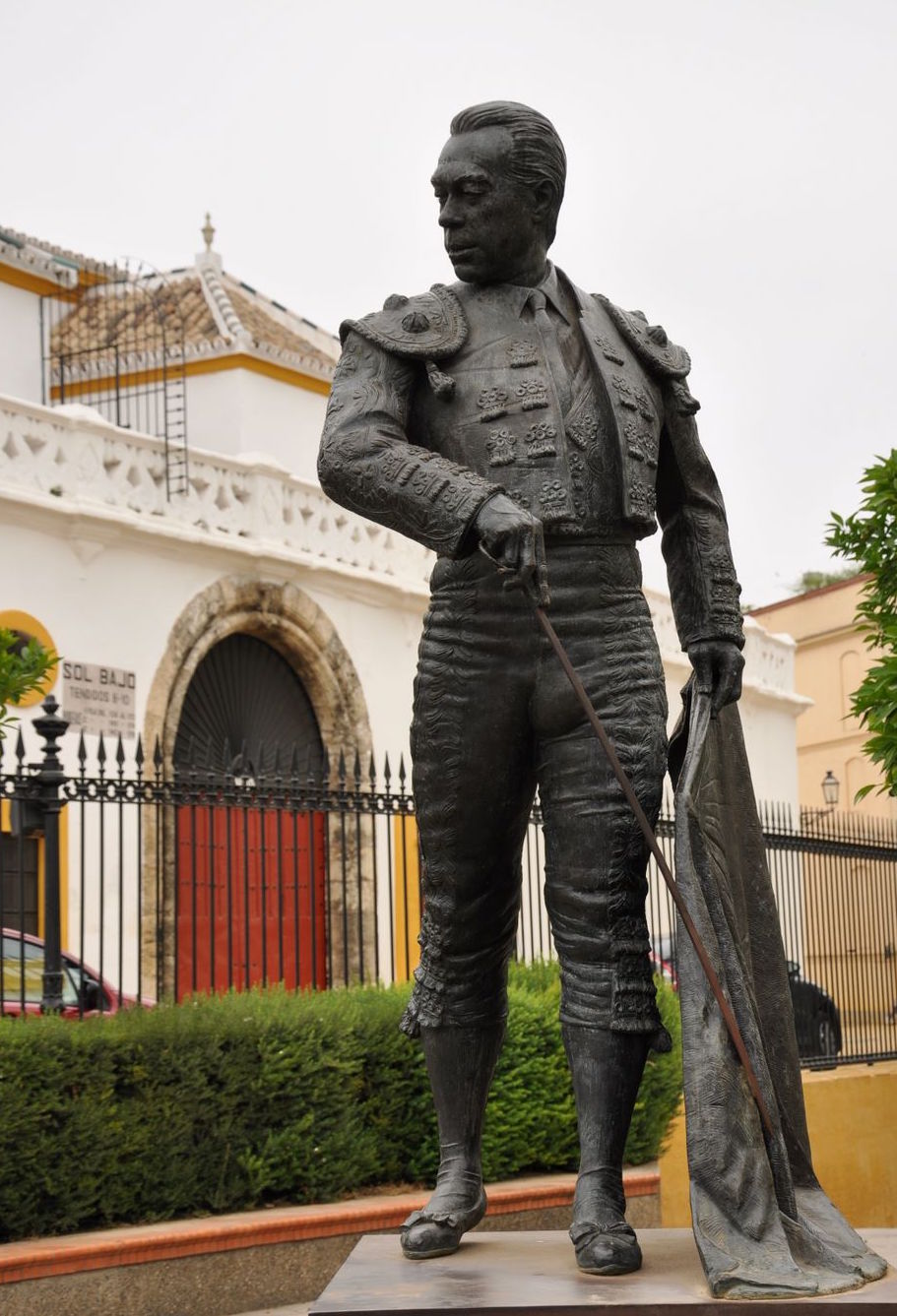 Originally bullfights were held at the Plaza de San Francisco, a historic square near the city hall of Seville. The first wooden, temporary arena was built in 1730 near the current location of the Plaza de Toros. The arena had a rectangular shape which was an advantage for the bulls, who could retreat in a corner. It was considered unsafe for the bullfighters and in 1933 the structure was replaced by a circular arena, also in wood. In 1761 it was decided to erect a permanent venue at the site of a flea market. The magnificent bullring we see today was designed by Vicente San Martín, who created an elegant structure in a typical regional style. It would take more than a century before the arena was finally completed in 1881. Today it can host some 12,500 spectators. At the foot of the bullring is a statue of Francisco Romero López, better known as Curro Romero, a famous torero from Seville who was active from the 1950s until the late 1990s.