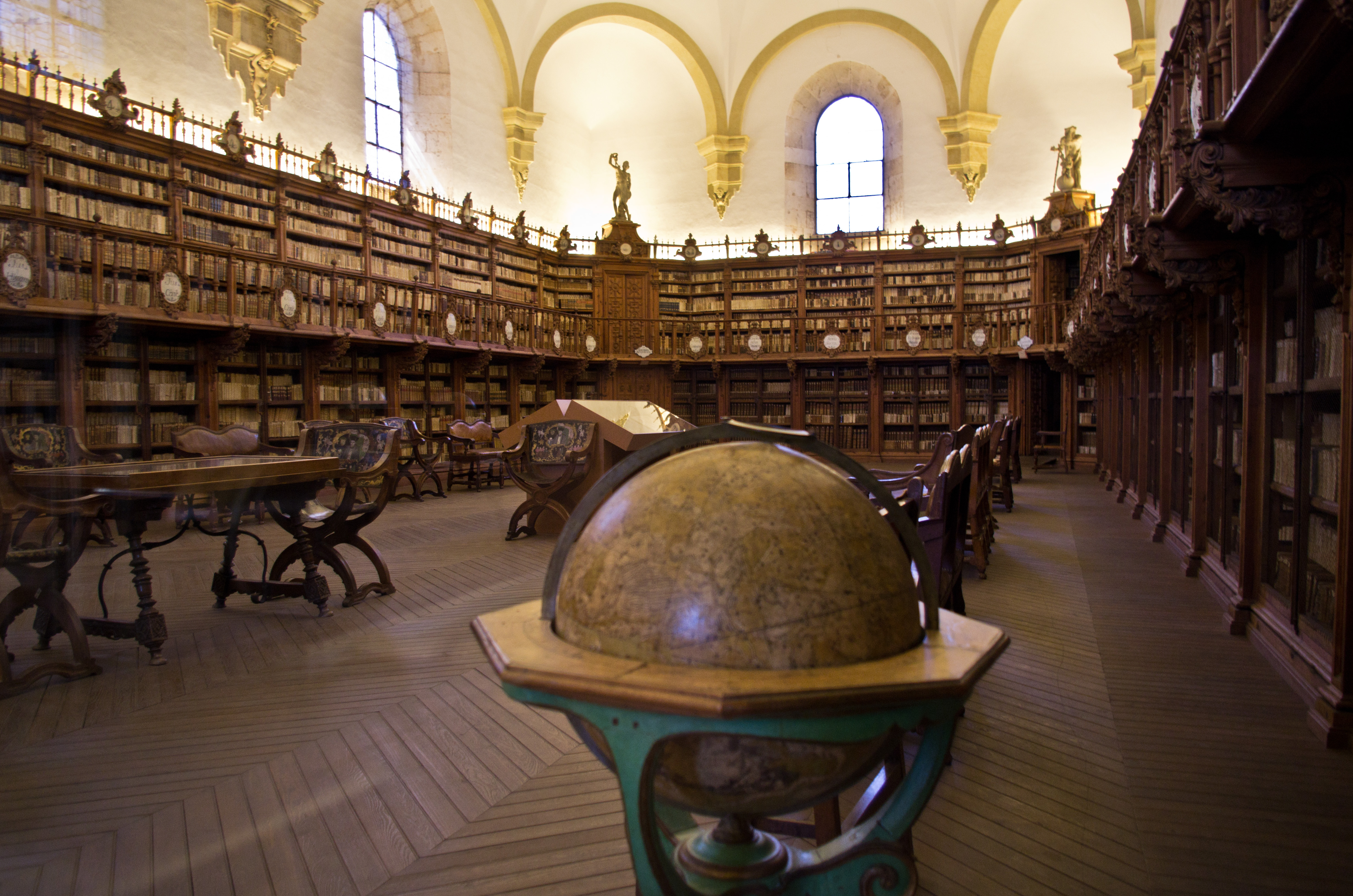 Salamanca University became one of the most important centers of learning in Europe during the Middle Ages. It recognized the Copernican system (the concept that the sun is the center of the universe) at a time when the church still regarded this idea as heresy. Miguel de Cervantes, Spain's most well-known writer and author of the novel Don Quixote, was a student of the university. The buildings of the Escuelas Mayores, built between 1415 and 1433, represent the university proper. Designed around the central courtyard of the Patio de Escuelas, the most interesting feature of these buildings is the elaborately decorated facade. The original building was relatively plain. In 1534, it was enhanced with its lavish profusion of Plateresque ornamentation and is an unsurpassed masterpiece of that fanciful architectural style. Above the two entrance doorways are finely carved panels separated by pilasters, and in the center at the first level is a medallion featuring likenesses of the Catholic Monarchs. Further up are the coat of arms of Charles V, flanked by the double-headed imperial eagle and the eagle of Saint John; above this is the Pope surrounded by cardinals, with figures of Venus, Priam, and Bacchus to the right and Hercules, Juno, and Jupiter to the left. Look for the figure considered to bring good luck, a little frog in the right-hand pilaster above the image of a skull.