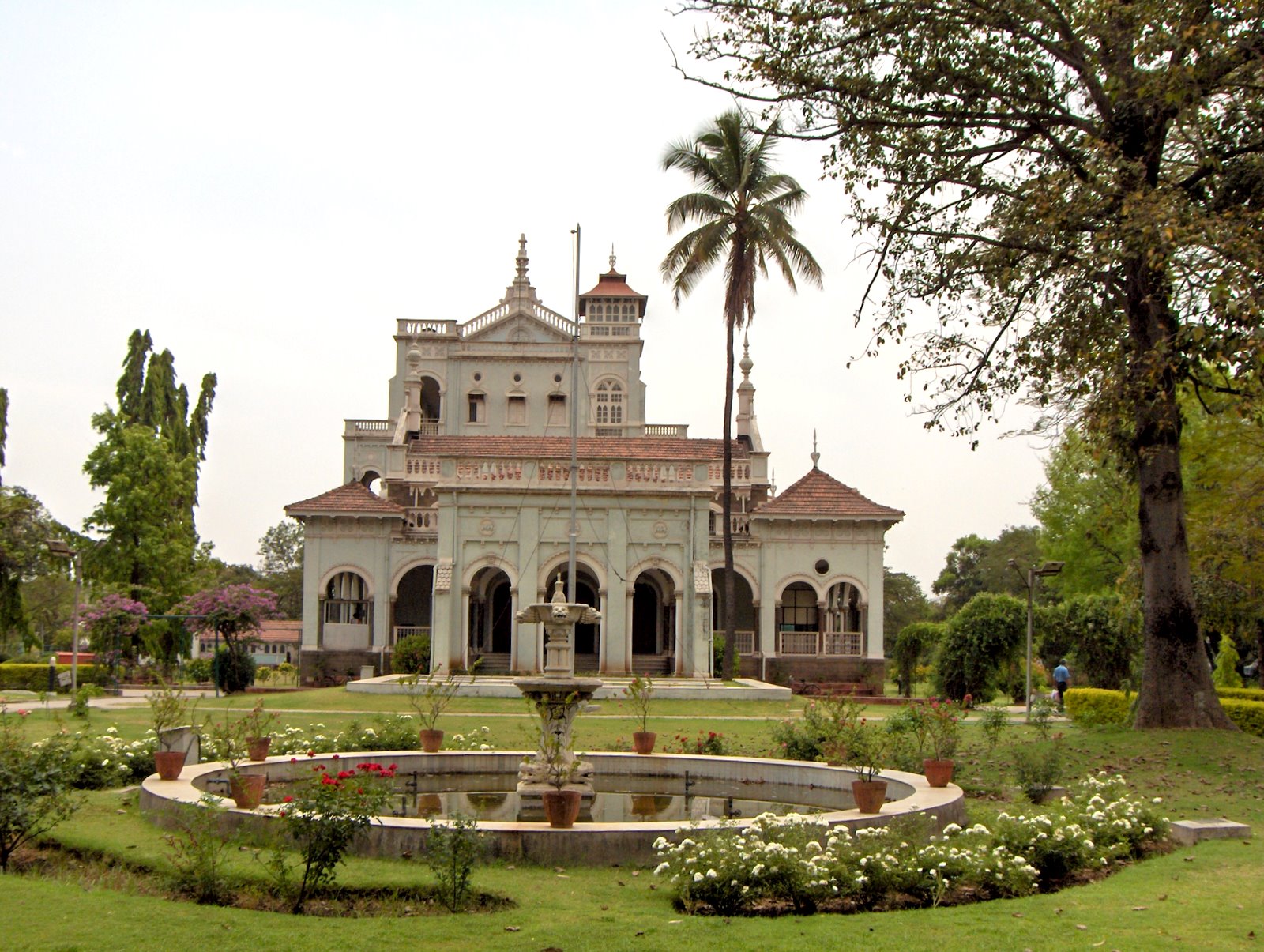 The Agakhan Palace Pune is a national monument of India’s freedom movement. Following the launch of Quit India movement in 1942, Gandhiji, his wife Kasturba, his secretary Mahadevbhai Desai were interned at the palace from August 9, 1942 to May 6, 1944. Mahadevbhai and Kasturba passed away while in captivity at the Agakhan palace and their samadhis are located in the campus.Situated near the River Mula, the palace is a simple memorial to Gandhi and his life. The palace has developed into a national and international place of pilgrimage with over a lakh of visitors every year who come to pay homage to the samadhis here. The palace is surrounded by a sprawling garden. The famous movie 'Gandhi' was shot here. The management of the museum, samadhis and the palace campus was transferred to the Gandhi Memorial society in 1980. The society has been trying to make this place a living memorial to Ba (Kasturba Gandhi) and Bapu (Mahatma Gandhi) by organizing a number of activities throughout the year. Following public functions are held here: Martyr’s day – 30th January Mahashivratri - Kasturba’s death anniversary celebrated as Mother’s day Independence day – 15th August Republic day – 26th January Bapu’s birth anniversary and Ba and Bapu awards ceremony – 2nd October Present activities: Picture gallery and museum- Pictures depicting important events in the freedom struggle and things used by Mahatma Gandhi during his stay in the palace like utensils, clothes and his personal effects (towel, mala, chappals). Also, room in which Kasturba Gandhi took her last breath, the dinning table where they used to have their meals, the room in which Gandhi ji used to give science lessons to his grand daughter, letter written by Gandhiji on the death of his dear secretary, are some of the attractions in the palace. Mahurika nursery school Kasturba Mahila Khadi Gramodyog Vidyala Library and documentation centre Skill and vocational training UNCHR Refugee Guidance centre Nashabandi Parishad work Friends of Gandhi museum ICDS training of Aganwadi workers, supervisors and CDPQS A special cenotaph honours Kasturba who died here. A shop attached sells khadi or cotton handloomed garments and textiles. (Virtualpune)