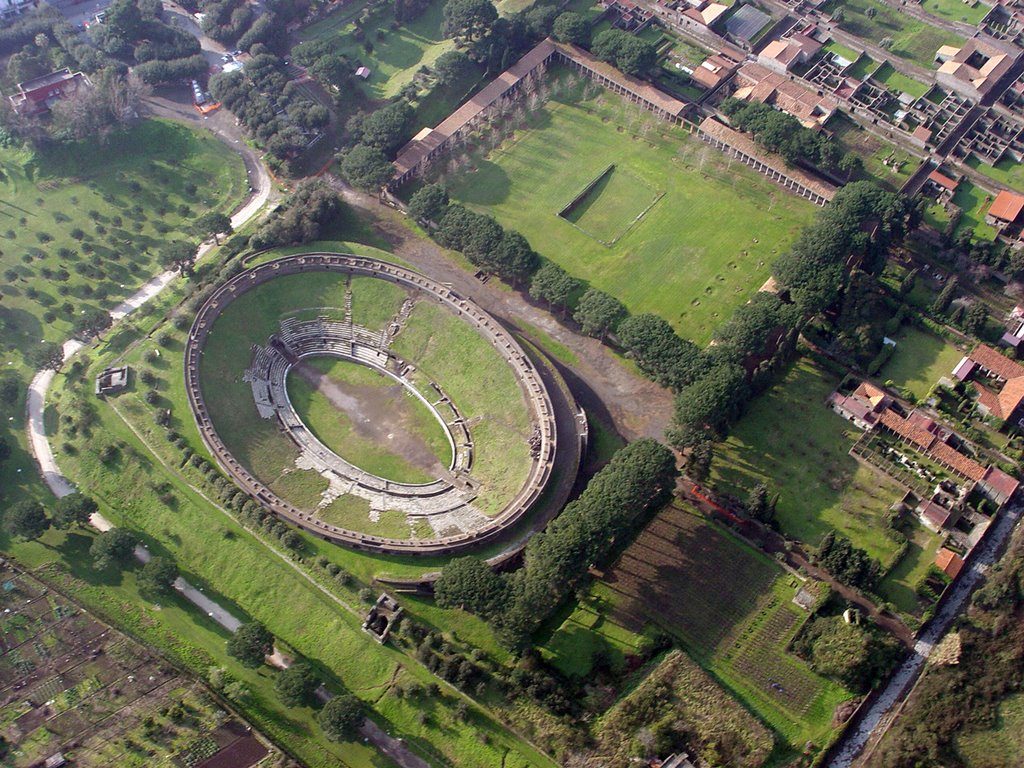 Built (approximately 70 BC) by the duumvirs Q. Valgus and M. Porcius, this is one of the oldest and best preserved amphitheaters in existence, and held over 20,000 spectators. The auditorium is divided into three sectors: the ima cavea (front row) for important citizens, and the media and summa, higher up, for everyone else. A velarium, or awning, was often spread over the stands to protect spectators from the sun. The building was used for gladiator battles. Two gates opened onto the main axis of the arena: participants in the games paraded in through one gate, while the dead or injured were carried away through the other. In 59 AD, a violent riot broke out between ‘fans’ from Pompeii and Nocera, and the field was 'disqualified' for 10 years (a provision cancelled after the earthquake in 62 AD): the outbreak may have disguised some resentment towards Nocera by Pompeii, since the former had recently become a colony and absorbed part of its territory. by Special Superintendency for the Archaeological Heritage of Naples and Pompeii (SANP)