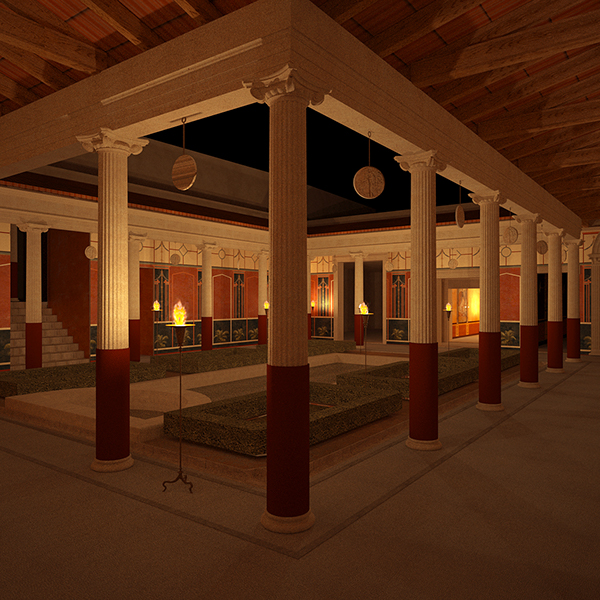 Pompei and House of the cithara player

This occupies most of the block (approximately 2700m²), and in the 1st cent. BC joined together existing buildings through renovations and redecoratings. The name comes from the bronze statue of Apollo the Cithara Player found in the peristyle (now at the Naples Museum, like the sculptures mentioned later). The building apparently belonged to members of the servant branch of the Popidii family, to which refer three graffiti and two campaign slogans on the house, 45 of their candidacy programs along via dell’Abbondanza, and portraits found inside the house. The public and retiring rooms develop around the peristyles, those for the servants around the atrium, without tablinum. There are a few bathing rooms, and the central peristyle contains lovely bronze sculptures of animals that acted as decorative fountains. The bread bakery, pastry shop and tavern attached to the building may be part of the residential complex.