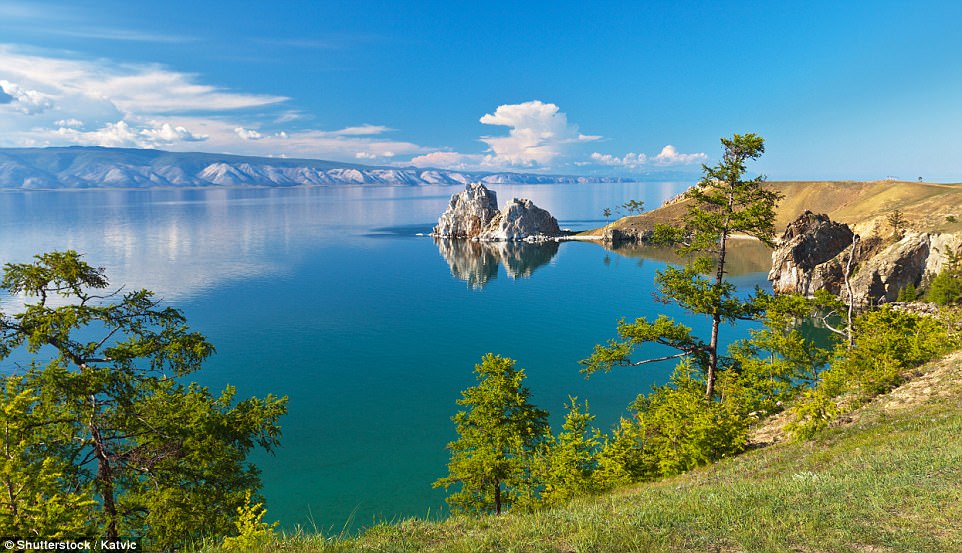 Lake Baikal is a rift lake which is a type of lake that is formed through continental crust being pulled apart. It is the deepest lake in the world with a depth of 1,642 meters (5,387 ft). The bottom of the lake lies 1,186.5 meters below sea level and underneath the lake floor is where the 7 kilometer of sediments are located placing the rift floor some 8-11 kilometers below the surface. It is the deepest rift on Earth and is still not explored. Americans and Russian scientists study the core sediments and interestingly enough, each sediment contains detailed climactic records dating as far back as 250,000 years. This means that Lake Baikal is one of the oldest or most ancient lake in the geological history. Its age is estimated between 25-30 million years. Lake Baikal is also rich in biodiversity. 80% of animals living within the area are endemic and more than 1000 species of plants thrive within the lake. It was included in the UNESCO World Heritage list in 1996