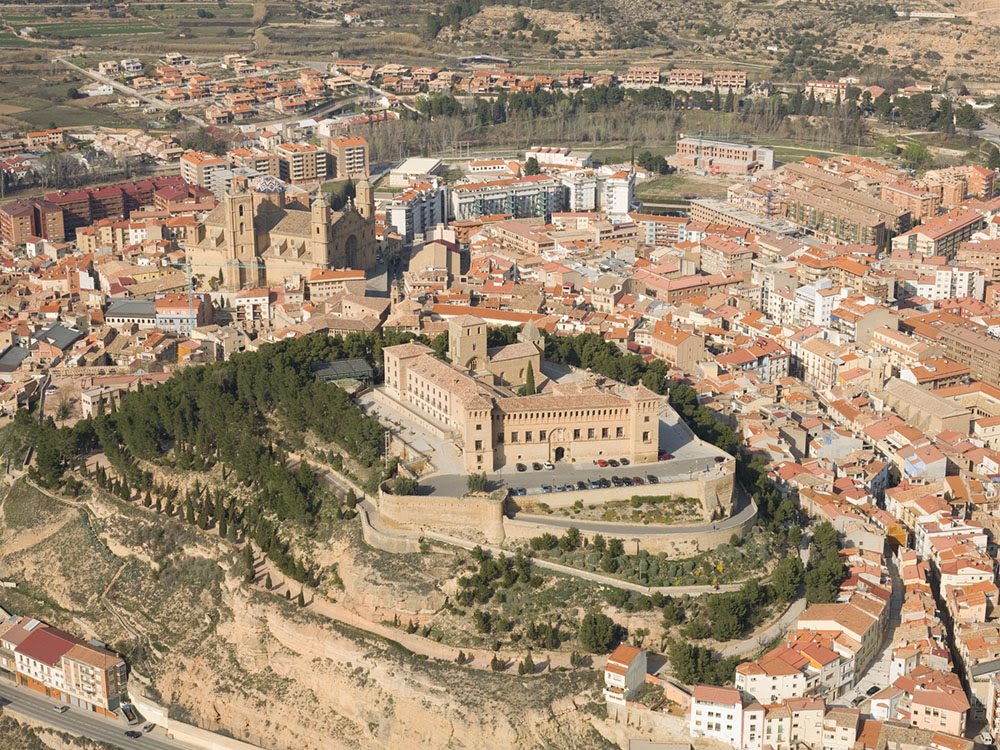 Alcañiz belongs to the “route of the tambour”, so-called because of the presence of drums on two consecutive days during the Holy Week celebrations. Clinging to the river Guadalope, Alcañiz is one of the main cities of the kingdom of Aragón. Its fascinating historic-artistic heritage begins in Plaza de España, a beautiful collection of medieval buildings where you will find the Exchange and the city hall, a masterpiece of Renaissance architecture. The neighbouring former collegiate church of Santa María la Mayor, begun in 1736, is a large temple which combines baroque features and Mudejar influences. There are still some surviving military constructions, such as the castle of Los Calatravos, on the low ridge of Pui Pinos, currently converted into a Parador de Turismo hotel. Outstanding is its Gothic keep. Alcañiz is famous for its long pork sausages and partridge in brine, as well as its cheeses. From its cakes and pastries we could highlight the so-called “breasts of Santa Águeda”.