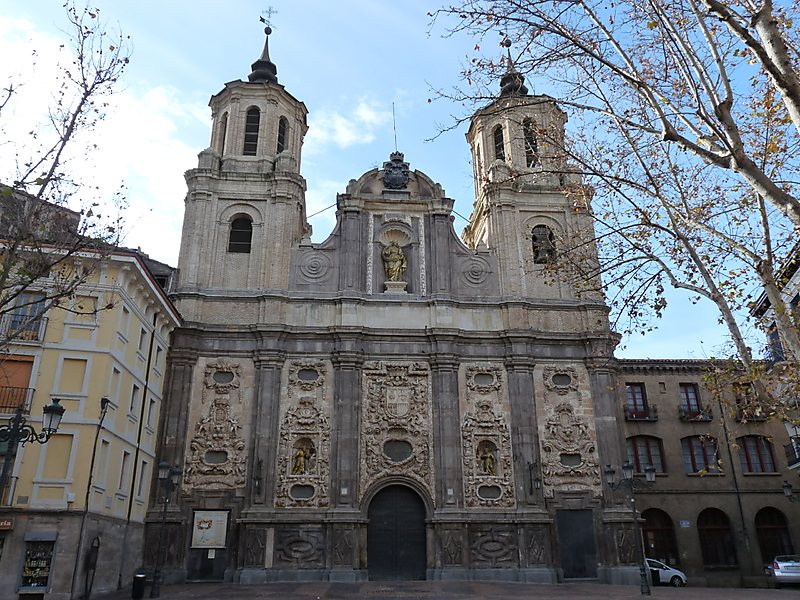 In 1678 the Council of the Kingdom of Aragon decides to erect a temple in honour of Santa Isabel de Portugal. After reaching an agreement with the Teatine fathers (or Cayetanos, thus its other name), in 1681 the work begins on the plot of land, which the latter have reserved for their convent. Santa Isabel, Infanta of Aragon, daughter of Pedro II and Married to king Dionis of Portugal, had been canonised in 1625 and her cult soon took root in the whole region. The typology of this church, with respect to ground plan and interior distribution, follows the model of san Cayetano in Madrid. This, in turn, repeats models from Rome, thus the relationship always mentioned between the Italian Baroque and the Zaragoza temple. The monumental façade is exceptional due to its wealth and decorative profusion. The graceful towers delimit a Vignolesque structure disguised by the sumptuous ornamentation, its colourful decoration, in Churrigueresque style, is unique in our city. Chromatic effects are sought with the use of different materials: black stone for the architectonic elements, ochre stone for the decorative elements and white alabaster for the background of the panels. The heraldic shield of Aragon presides the entrance, flanked by the statutes of San Andres Avelino and San Cayetano. In the upper niche the Santa Isabel is situated, represented, according to tradition, with the half-open cloak so some roses can be seen. On the inside the original set of domes precedent of the ceiling system of the basilica of the Pilar- and the High altarpiece, one of the most elegant of late Zaragoza Baroque, with work by Jose Ramirez de Arellano, stand out. The equestrian statue of San Jorge, which today is found in the lobby of the Provincial Council of Zaragoza, comes from the altarpiece. The people from Zaragoza are familiar with this church above all due to its activity during Easter Week. The procession of the Santo Entierro (Holy Burial) leaves this church, as the Real Hermandad de la Sangre de Cristo (Royal Brotherhood of the Blood of Christ) keeps the devote image of the Cristo de la Cama (Christ of the Bed) inside it.