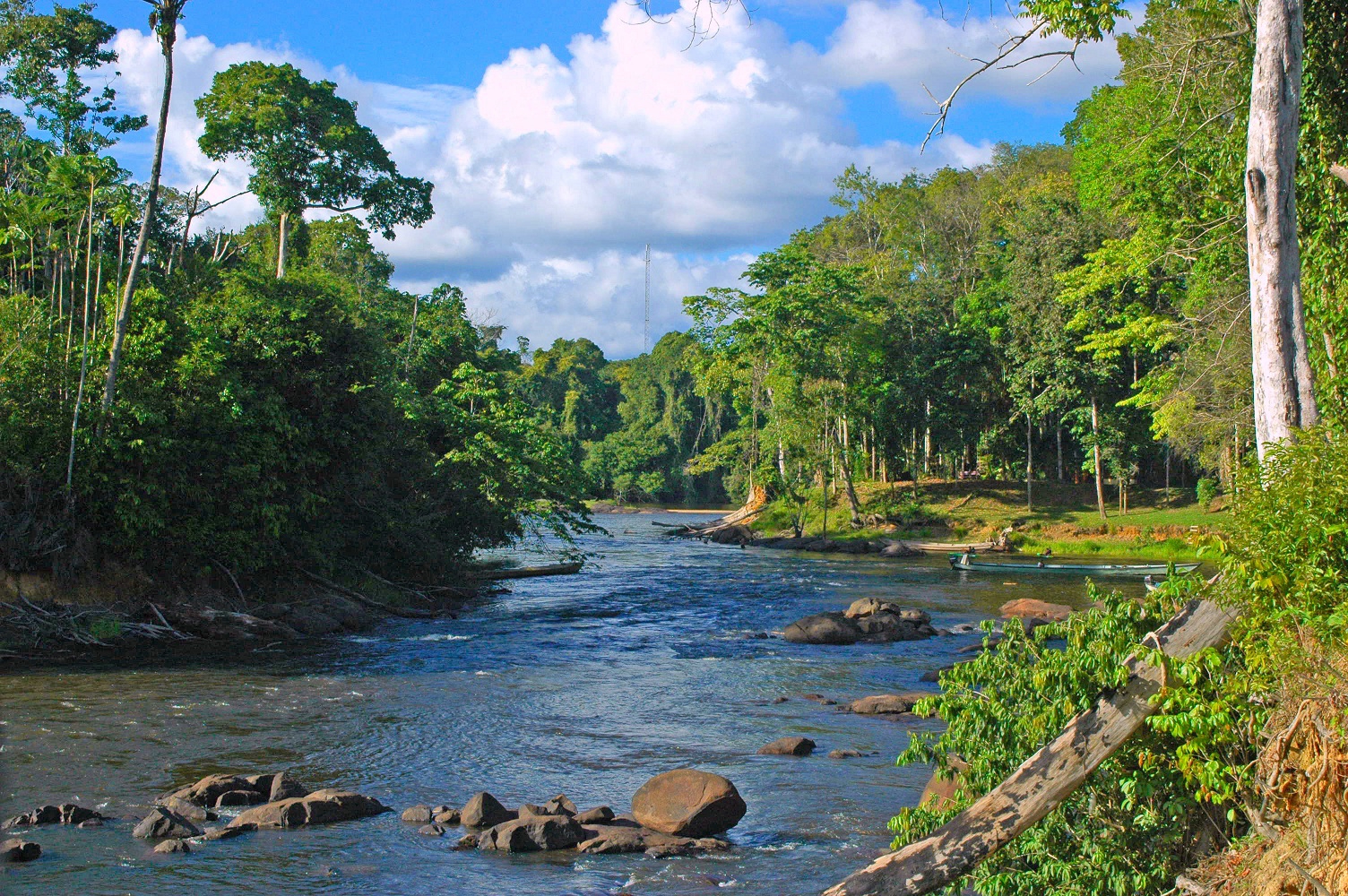 The country can be divided into two main regions - the northern lowland coastal area where most of the population lives and the dense tropical rainforest and sparsely inhabited savannah which covers the rest of the country. The inland forest is occupied by very small communities of Amerindians and descendants of African slaves - the Maroons – who escaped into the jungle in the 17th and 18th centuries live scattered along the banks of its major rivers. The Dutch colonial centre of Paramaribo is a UNESCO World Heritage Site. The city is also a melting pot of religious cultures including Jews who moved here from Jodensavanne - home of the oldest synagogue in the Americas. The wilderness interior is pretty impenetrable and is accessed by river, forest road or light aircraft. The biggest attraction of the country for visitors is its unique ethnic and social fabric.