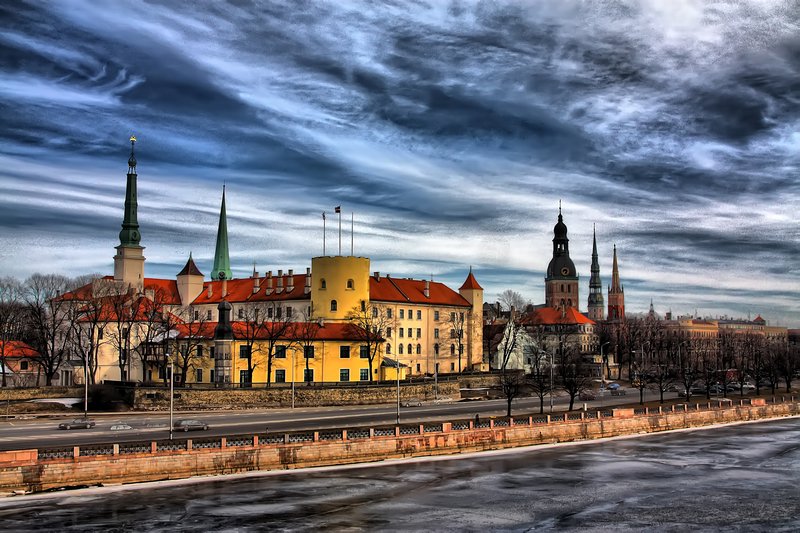 Riga castle is the symbol and home of Latvian secular authority. The Castle’s construction began in 1330 as the construction of the residence for Master of Livonian Order. Inner dissents resulted in the degradation of the previous residence, White Stone Castle, belonging to the Master of the Livonian Order, and the inhabitants of Riga were forced to build a new one. When the Master’s residence moved to Cesis in 1484, the citizens of Riga raised the castle again, and after some time it was rebuilt once again. Originally the castle was fortress-like 3 story building (convent styled construction ) with an inner courtyard and four towers. During the renovation of the castle in 1495–1515 two towers were altered, the interior was wrapped with cellule and stellar arches, above the gates were placed sculptural relief of the order’s patroness, St. Mary, and the order’s master, Valter von Pletenberg. R?gas pils v?rti The largest rebuilding took place in XVIII and XIX centuries. In 1783 the main structure of the castle was rebuilt, a three story construction, to serve the needs of Riga Province’s authority. In 1818 at the castle’s front the premises for the general province’s representation (known as the so called “White Hall”) were erected for governor-general of Vidzeme. In 1938 the castle’s front premises was renovated and furnished to the needs of the president of Latvia (known as the “Red Hall”). Since 1995 the President of Latvia is using the restored government’s premises. Some parts of the castle house museums and other cultural institutions.