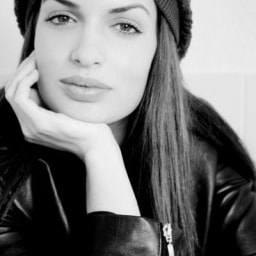 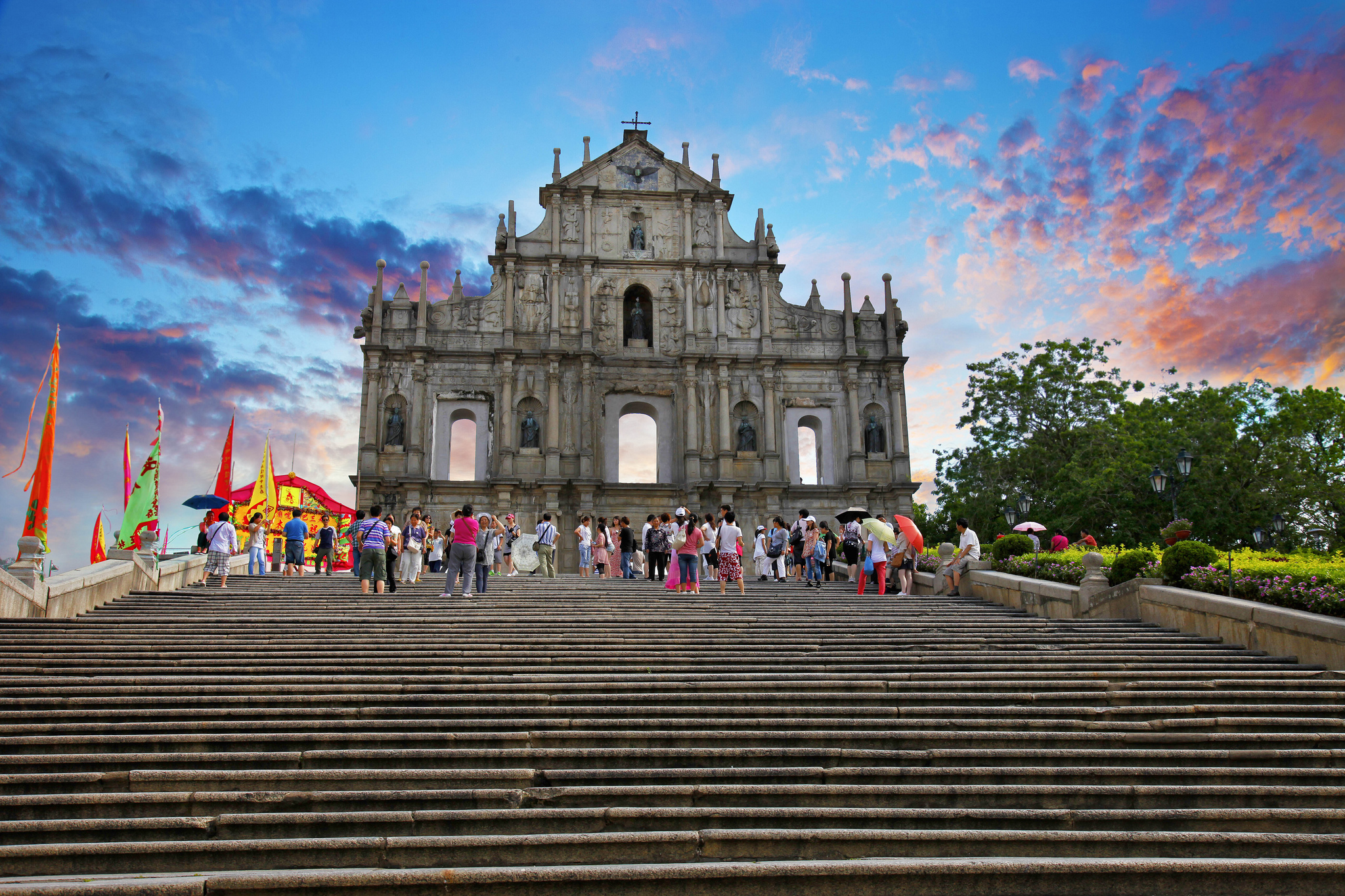 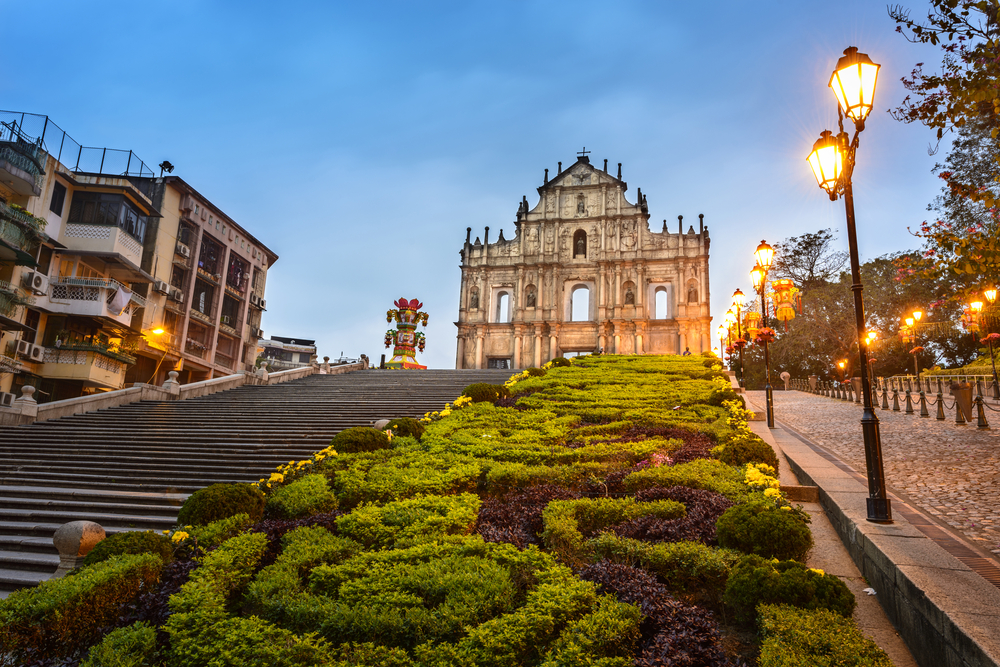 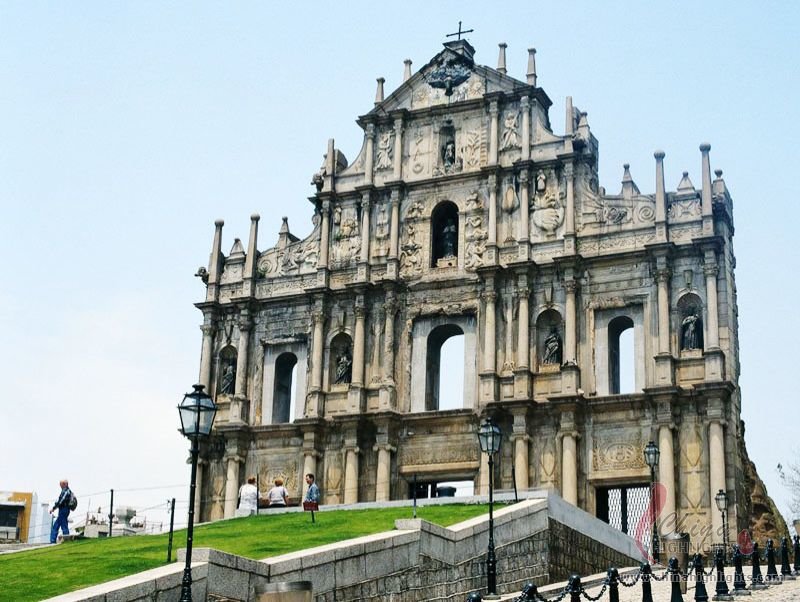 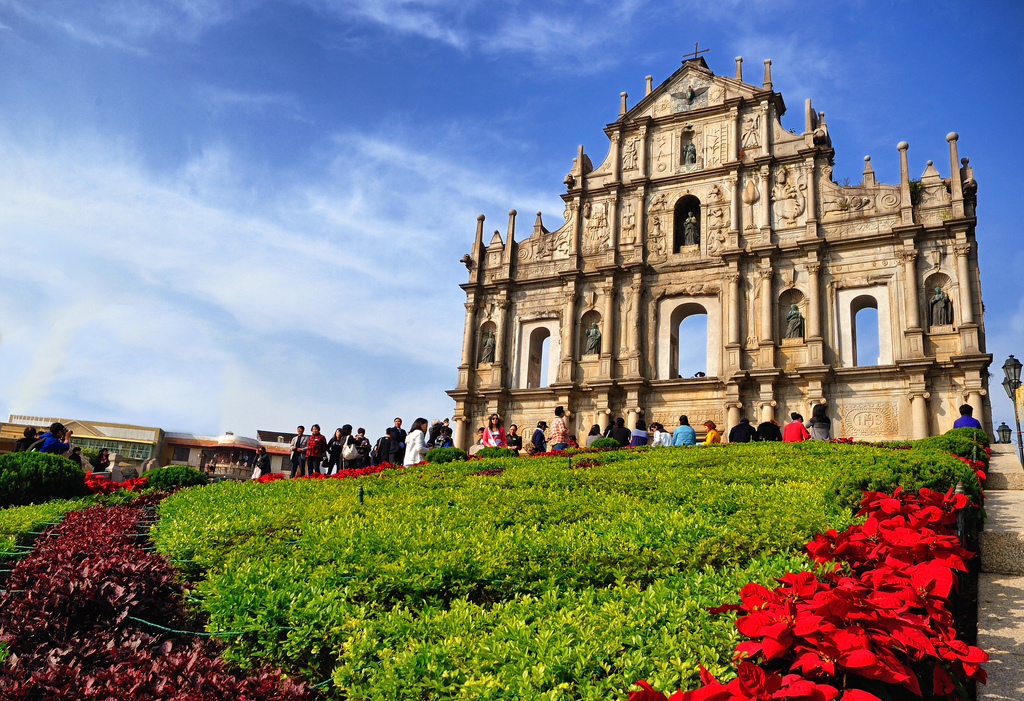 The Ruins of St. Paul is the site of St. Paul Church. Construction of the Catholic church began in 1602. It was the greatest of Macau's churches, but it burned down in 1835, leaving only its very large and beautiful facade and the front stairway. It has an interesting history. The church was built in 1602 adjoining the Jesuit College of St. Paul that was the first Western college in the Far East. Missionaries such as Matteo Ricci and Adam Schall studied Chinese at the university before serving at the Ming Court in Beijing as astronomers and mathematicians. The church was made of wood, and it was brilliantly decorated and furnished. The facade of carved stone was built in 1620-27 by Japanese Christian craftsmen who were refugees after the religion was wiped out in Japan. It was built under the direction of Italian Jesuit Carlo Spinola. Ruines de Cathédrale St. PaulsRuins of St. Paul The Jesuits were then expelled, and the college was used as an army barracks. In 1835, a fire destroyed the college and the body of the church. The surviving facade rises in 4 colonnaded tiers, and is covered with carvings and statues that illustrate the early days of the Catholic Church in Asia. There are statues of the Virgin and the Saints, symbols of the Garden of Eden and the crucifixion, and carvings of angels and the devil, a Chinese dragon and Japanese chrysanthemum, a Portuguese sailing ship, and inscriptions written in Chinese characters to warn people. The facade seemed about to topple, but it was girded with steel, and at the back side of the ruins, a museum was built in 1995. There is a crypt that has the remains of Japanese and Vietnamese martyrs, and there is a museum of sacred art with paintings, sculptures and liturgical objects. The facade is 27 meters tall, 23.5 meters wide and 2.7 meters thick. The top floor is a triangle lintel under a cross; in the middle of the lintel is a copper dove. The dove is surrounded by the sun, moon, and stars. There is a statue of the baby Jesus Christ with the tools that were used to nail him to the cross. The major figures portrayed in the lintel are the Virgin Mary, the Holy Father, some Holy Saints, and Jesus Christ. The middle two floors reflect missionary endeavor