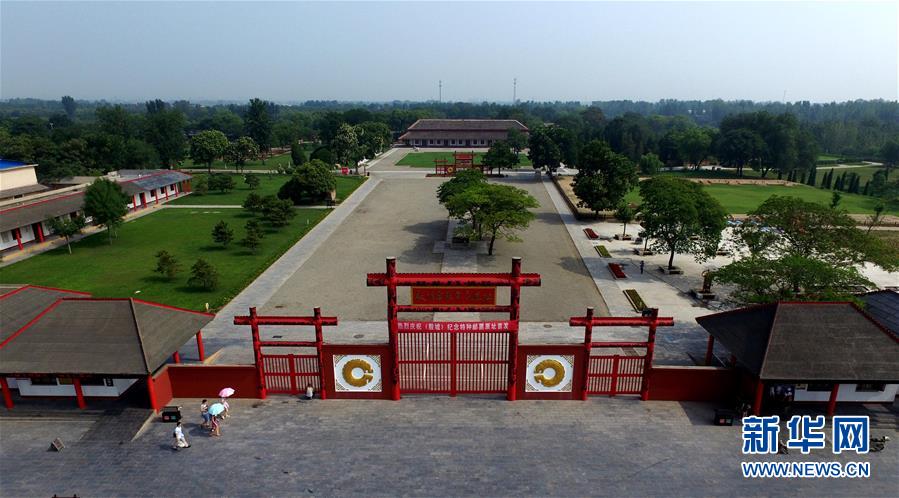 In 1899, in Xiao Tun Village of Anyang City, Henan Province, villagers found many tortoise shells and bones carved with letters and symbols, which unveiled to the world Yin Xu, an ancient city with a long history and splendid culture. Since then this place has become of great interest to worldwide archeologists, because those inscriptions have proved to be the earliest written characters of human beings, the Oracles. About 3,300 years ago, one emperor of the Shang Dynasty (16th - 11th century BC) moved his capital city to Yin, which is today's Anyang city, and since then Yin has been the capital city for more than 250 years. Today Yin Xu has proved to be the earliest remains of an ancient capital city in written record. Covering a grand area of 24 square kilometers (more than 9 square miles), Yin Xu had a palaces district, civil residences district, tombs district and workshops district, Oracle in Yin Ruins Oracle Bonedivided into two parts by the Heng river in the city. This rational layout clearly shows people a powerful country and a well-equipped ancient city. The large-scale excavation in Yin Xu has been continued since the last century. Besides the 150, 000 pieces of oracles, abundant bronze ware has been excavated, and among them, Simuwu Ding, a 4-legged bronze cooking vessel is the biggest and heaviest bronze ware ever found worldwide. Apart from oracles and bronze ware, people have also excavated much pottery ware and jade. The excavation is still in progress and great discoveries come forth from time to time. Like a famous archeologist has said, in Yin Xu there are more treasures to be found. Because of its great value in not only the historical relics of Chinese culture but also the human civilization of the whole world, Yin Xu topped the 100 Greatest Archeological Discoveries of China in the last century and it was listed in the World Cultural and Natural Heritage List of United Nations Educational, Scientific and Cultural Organization (UNESCO). Yin Xu is revealing its beauty to the world.