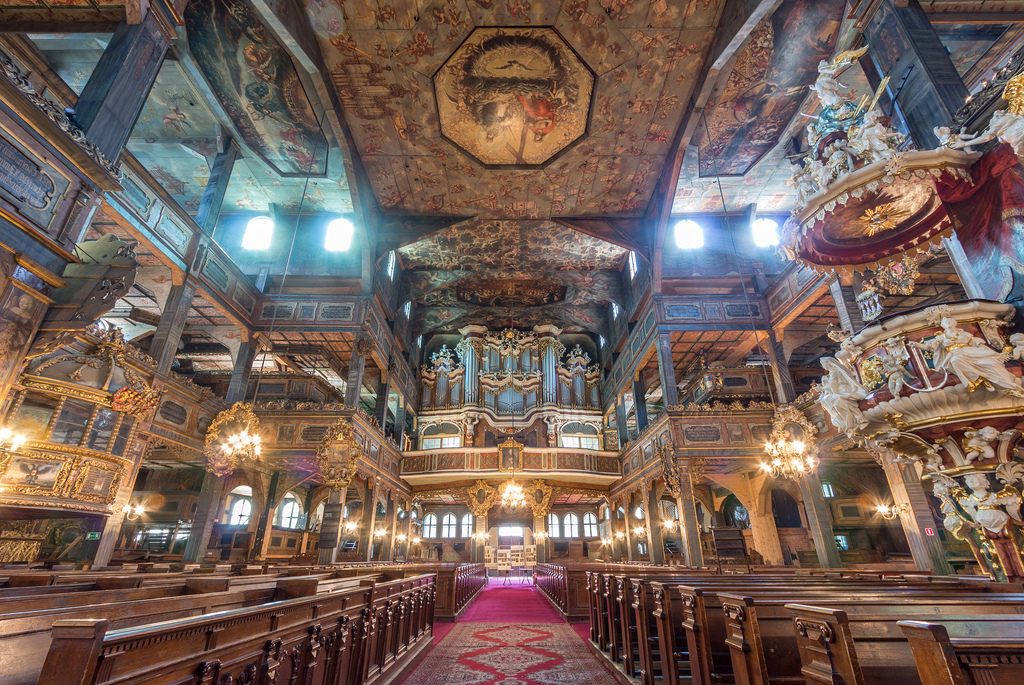 Churches of Peace in Jawor and ?widnic

The Churches of Peace in Jawor and ?widnica, the largest timber-framed religious buildings in Europe, were built in the former Silesia in the mid-17th century, amid the religious strife that followed the Peace of Westphalia. Constrained by the physical and political conditions, the Churches of Peace bear testimony to the quest for religious freedom and are a rare expression of Lutheran ideology in an idiom generally associated with the Catholic Church. Since 2001, the remaining churches are listed as UNESCO World Heritage Sites. The church in Jawor has capacity of 5, 500. It was constructed by architect Albrecht von Saebisch (1610–1688) from Wroclaw and was finished in 1655. The 200 paintings inside by were done by Georg Flegel in 1671–1681. The altar, by Martin Schneider, dates to 1672, the original organ of J. Hoferichter from Legnica (then German Liegnitz) of 1664 was replaced in 1855–1856 by Adolf Alexander Lummert. References: Wikipedia UNESCO