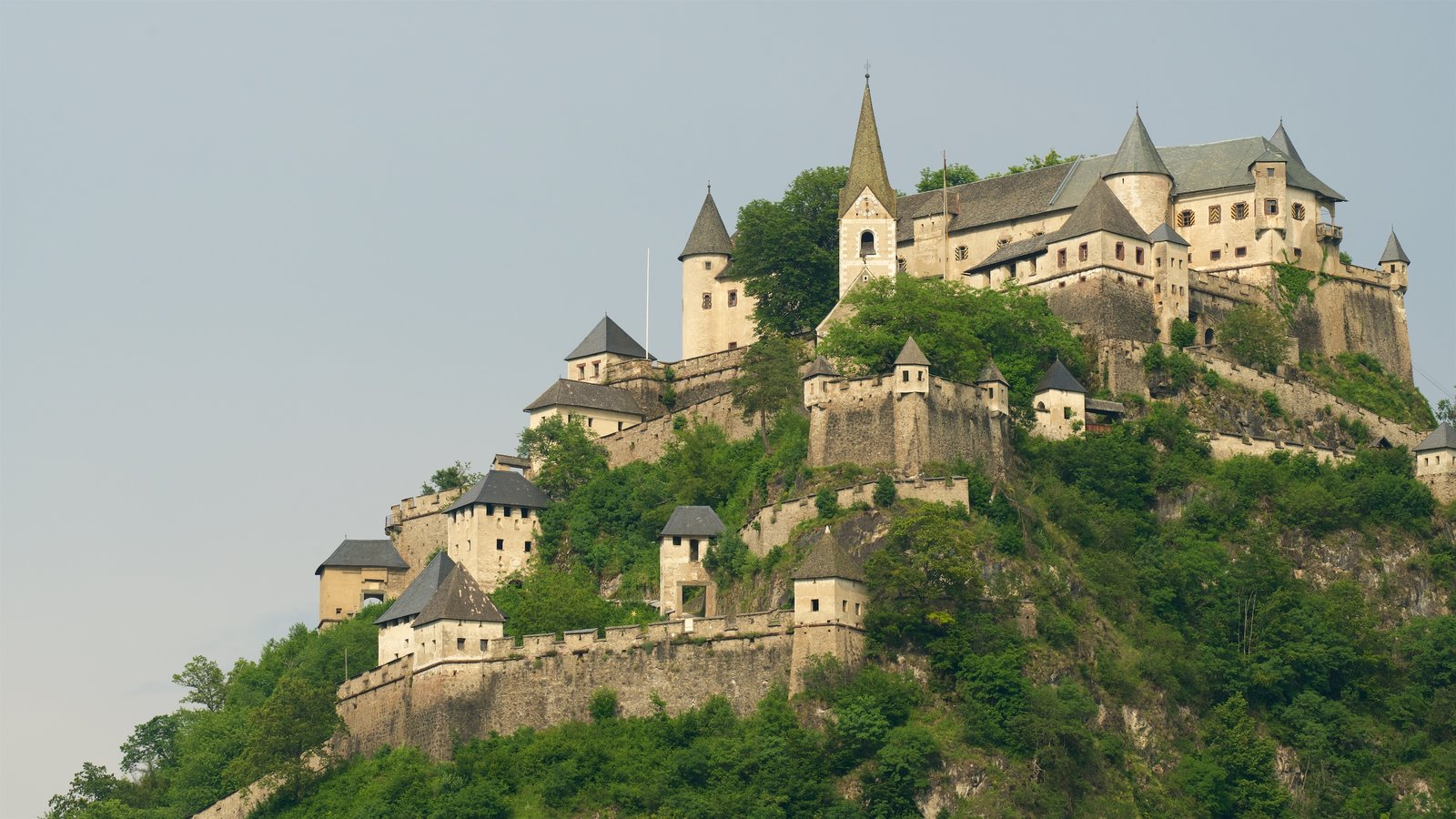 Hochosterwitz Castle is considered to be one of Austria's most impressive medieval castles. The rock castle is one of the state's landmarks and a major tourist attraction. The site was first mentioned in an 860 deed issued by King Louis the German of East Francia, donating several of his properties in the former Principality of Carantania to the Archdiocese of Salzburg. In the 11th century Archbishop Gebhard of Salzburg ceded the castle to the Dukes of Carinthia from the noble House of Sponheim in return for their support during the Investiture Controversy. The Sponheim dukes bestowed the fiefdom upon the family of Osterwitz, who held the hereditary office of the cup-bearer in 1209. In the 15th century, the last Carinthian cup-bearer, Georg of Osterwitz was captured in a Turkish invasion and died in 1476 in prison without leaving descendants. So after four centuries, on 30 May 1478, the possession of the castle reverted to Emperor Frederick III of Habsburg. Over the next 30 years, the castle was badly damaged by numerous Turkish campaigns. On 5 October 1509, Emperor Maximilian I handed the castle as a pledge to Matthäus Lang von Wellenburg, then Bishop of Gurk. Bishop Lang undertook a substantial renovation project for the damaged castle. About 1541, German king Ferdinand I of Habsburg bestowed Hochosterwitz upon the Carinthian governor Christof Khevenhüller. In 1571, Baron George Khevenhüller acquired the citadel by purchase. He fortified to deal with the threat of Turkish invasions of the region, building an armory and 14 gates between 1570 and 1586. Such massive fortification is considered unique in citadel construction. Since the 16th century, no major changes have been made to Hochosterwitz. It has also remained in the possession of the Khevenhüller family as requested by the original builder, George Khevenhüller. A marble plaque dating from 1576 in the castle yard documents this request. A specific feature is the access way to the castle passing through a total of 14 gates, which are particularly prominent owing to the castle's situation in the landscape. Tourists are allowed to walk the 620-metre long pathway through the gates up to the castle; each gate has a diagram of the defense mechanism used to seal that particular gate. The castle rooms hold a collection of prehistoric artifacts, paintings, weapons, and armor, including one set of armor 2.4 metres tall, once worn by Burghauptmann Schenk. References: Wikipedia