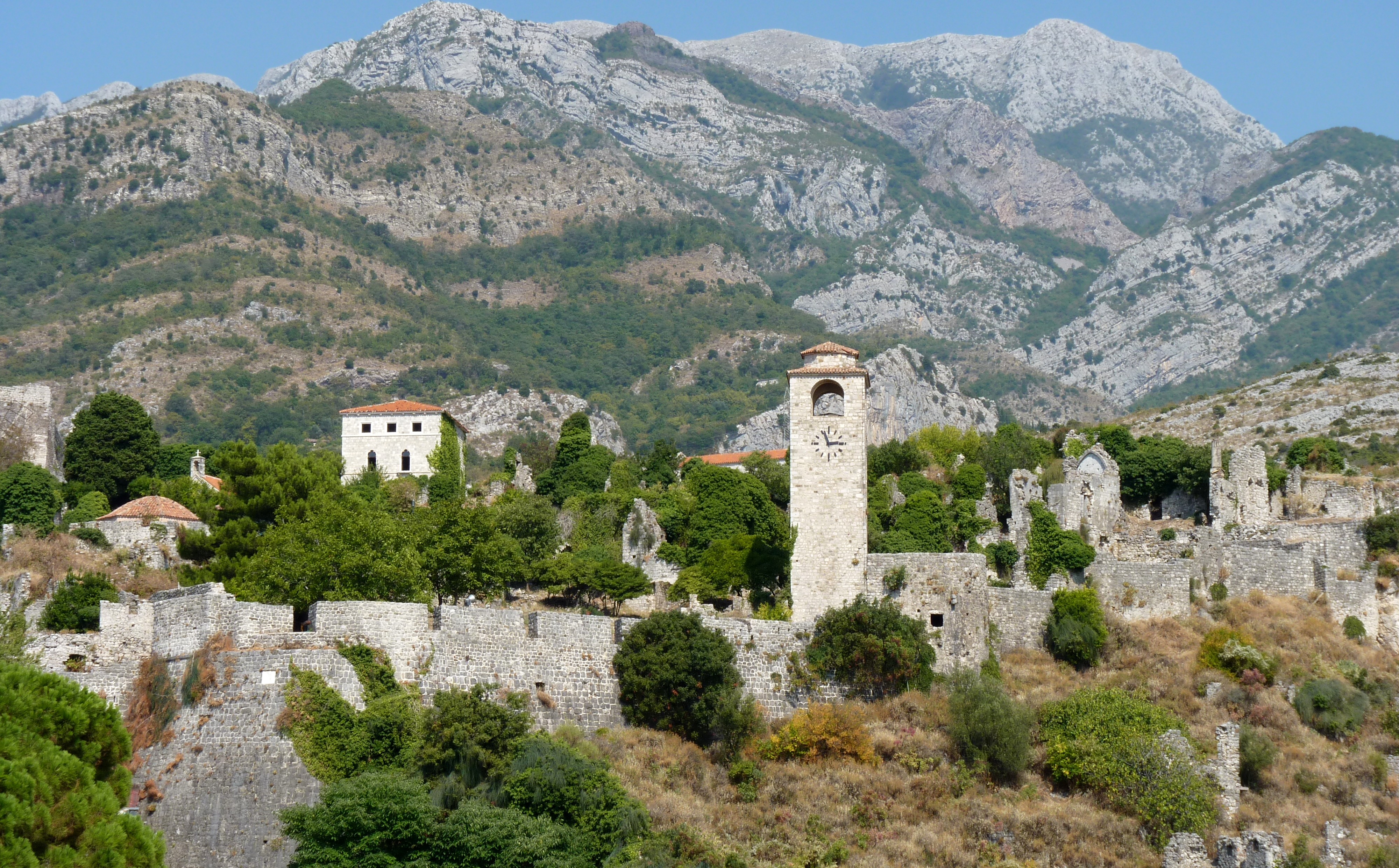 The Old Town of Bar (Stari Bar) is the largest and the most important medieval archaeological site in the Balkans. It covers the area of 4.5 hectares, where the remains of around 600 public and private edifices are the proof of the existence of various construction phases present in different epochs of the Mediterranean history. The visual identity of the Old Town of Bar is formed by the ramparts, bastions, towers, a citadel, numerous squares and churches. On the western and northern side, in the immediate surroundings of the ramparts of the Old Town of Bar there is an incompatible ambient whole consisting of the settlement and the suburban area of the Old Bar, while on the southern and eastern side there is a preserved natural setting of the slopes of Mount Rumija. It is in the historical sources from the 10th century that the Old Town of Bar is mentioned for the first time, however it is assumed that it had existed even in the 6th century in the form of the rehabilitated Roman castrum. It was established in a naturally protected place and surrounded by strong walls with towers and bastions. The residential architecture of the town is characterized by Late Gothic, Renaissance, Baroque and oriental elements. The Old Town of Bar has been deserted since the end of the 19th century. After the 1979 earthquake, technical specifications and project design documents were made, along with the research programmes and the plans for the protection and presentation of the Town core. The most significant structures of the upper part of the town were being explored, conserved and presented during the first and the second round of the works. Yet another drafted and fully implemented project included infrastructural works on the route leading from the main gate to St. George's Cathedral. This clearly shows the unambiguous interest in rehabilitation of certain structures and in reestablishing corresponding functions of the same, all in line with the programmes relative to their purpose. The electrical supply network enabled the installation of public lighting, the illumination of certain monuments and communications. Thanks to the regular investments and technical maintenance related to the cleaning of vegetation, the upper part of the town is accessible to public. The lower, southern part of the town with the suburban rampart has not been treated and it is rather dilapidated. Ample vegetation endangers the remains of the architecture and makes them invisible. In the area of the Old Town of Bar there is rich cultural-historic heritage of outstanding significance. The most important single structures in the Old Town of Bar are Main Gate (14th-16th century), Saint Nicola's Church (13th century), Tatarovica Citadel (10th to 19th century) with the military chapel, Aqueduct at Tatarovica and Saint George's Cathedral (11th-15th century) among others. References: UNESCO