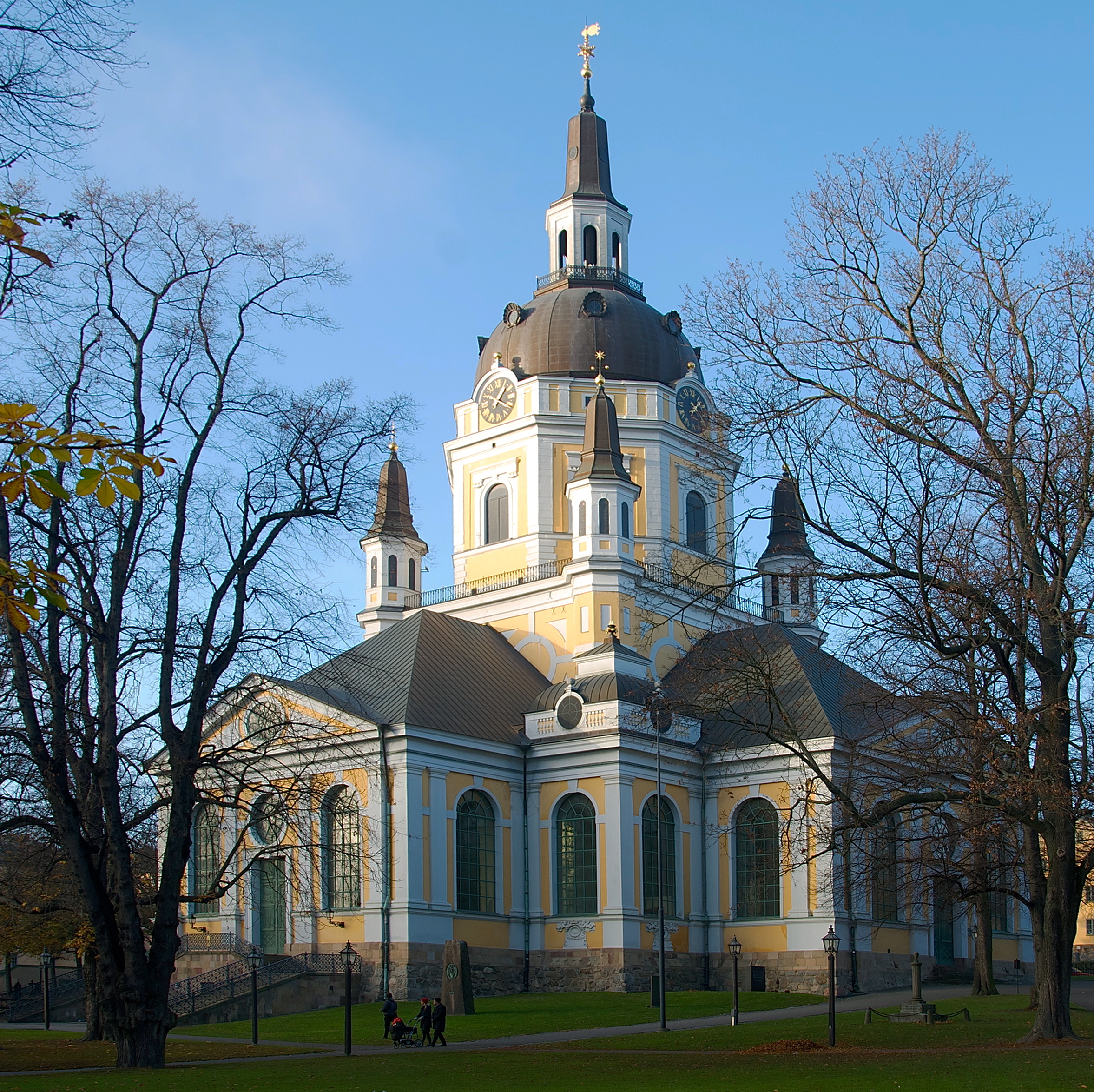 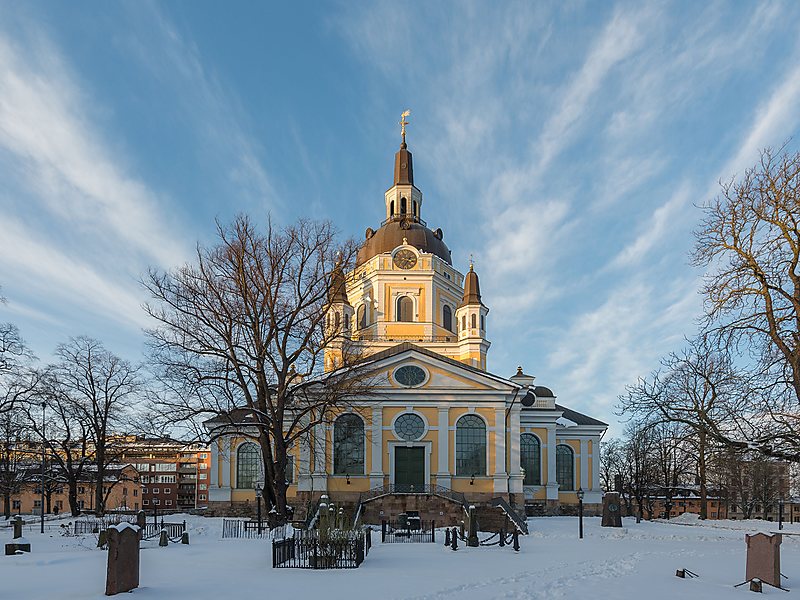 Katarina kyrka (Church of Catherine) was originally constructed in 1656–1695. It has been rebuilt twice after being destroyed by fires, the second time during the 1990s. The Katarina-Sofia borough is named after theparish and the neighbouring parish of Sofia. Construction of the church started during the reign of Charles X of Sweden, and the church is named after Princess Catherine, mother of the king, wife of John Casimir, Palsgrave of Pfalz-Zweibrücken and half-sister of Gustavus Adolphus. The original architect was Jean de la Vallée. The construction was severely delayed due to shortage of funds. In 1723 the church, together with half of the buildings in the parish, was completely destroyed in a major fire. Rebuilding started almost immediately, under supervision of Göran Josua Adelcrantz, the city architect, who designed a larger, octagonal tower. May 17, 1990, the church burned down again. Almost nothing but the external walls remained. Architect Ove Hidemark was responsible for rebuilding the church, which was reopened in 1995. The new organ was built by J. L. van den Heuvel Orgelbouw in the Netherlands. Several famous Swedes are buried in the cemetery surrounding the church, most notable the assassinated Foreign Minister Anna Lindh, nationally popular Dutch-Swedish singer Cornelis Vreeswijk and Sten Sture the Elder. References: Wikipedia