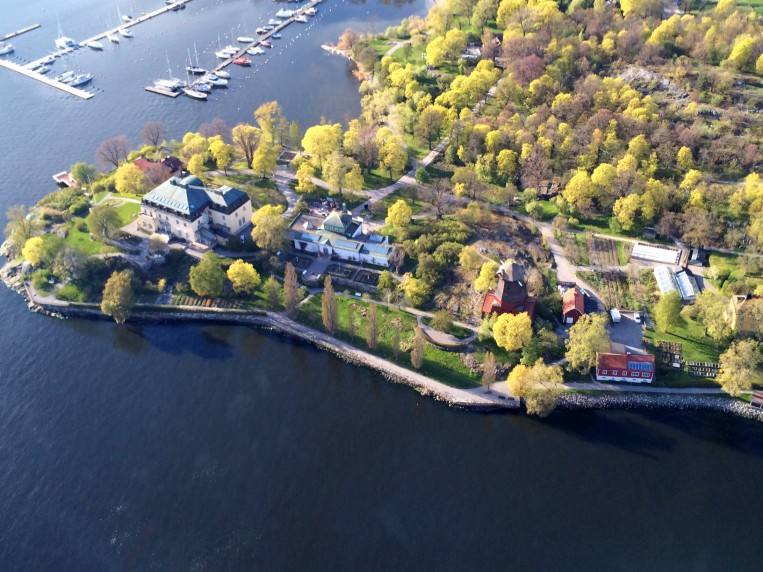 Prins Eugens Waldemarsudde is a museum located on Djurgården in central Stockholm. It was the former home of the Swedish Prince Eugen, who discovered the place in 1892, when he rented a house there for a few days. Seven years later he bought the premises and had a new house designed by the architect Ferdinand Boberg, who also designed Rosenbad (the Prime Minister's Office and the Government Chancellery), and erected 1903–1904. Prince Eugen had been educated as a painter in Paris and after his death the house was converted to a museum of his own and others paintings. The prince died in 1947 and is buried by the beach close to the house. The complex consists of a castle-like main building completed in 1905, and the Gallery Building, added in 1913. The estate also includes the original manor-house building, known as the Old House and an old linseed mill, both dating back to the 1780s. The estate is set in parkland which features centuries-old oak trees and reflects the prince's interest for gardening and flower arrangement. The Art Nouveau interior, including the tiled stoves, by Boberg are designed in a Gustavian style and makes good use of both the panoramic view of the inlet to Stockholm and the light resulting from the elevated location of the building. References: Wikipedia