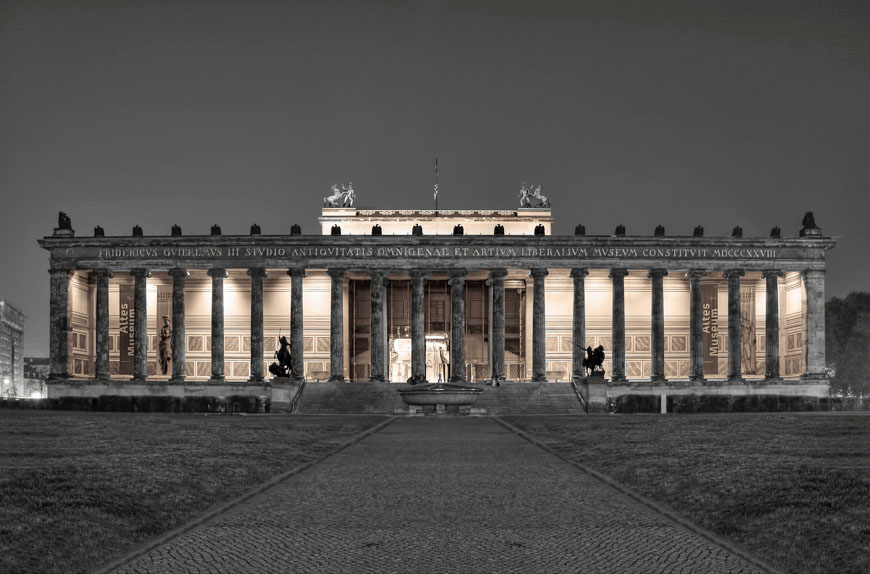 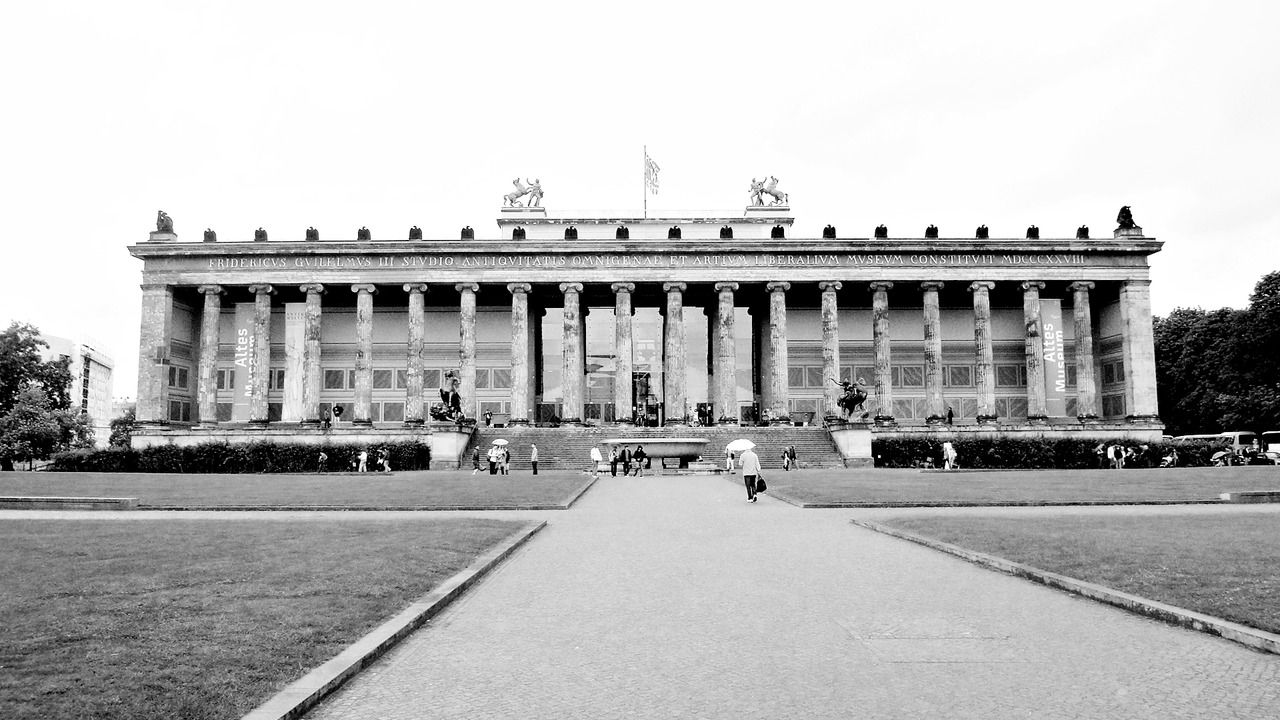 Karl Friedrich Schinkel’s Altes Museum, completed in 1830, is one of the most important buildings of the Neoclassical era. The monumental arrangement of 18 Ionic fluted columns, the expansive atrium and sweeping staircase that invites visitors to ascend to the top, the rotunda adorned with Antique sculptures on all sides as a place to collect one’s thoughts and an explicit reference to Rome’s Pantheon: such signs of architectural refinement had previously only ever been seen in buildings designed for royalty and the nobility. Today the museum houses the Antikensammlung (Collection of Classical Antiquities), showcasing its permanent exhibition on the art and culture of the Greeks, Etruscans, and Romans. The Münzkabinett complements this sweeping overview of classical antiquity with its display of ancient coins. The Antikensammlung has a proud tradition spanning more than 350 years. Today, it is not only on show at the Altes Museum, it also has a special display integrated into the permanent exhibition of the Neues Museum, featuring the archaeology of Cyprus and the Roman provinces, and is a core component of the Pergamonmuseum, with its world-famous halls of Antique architecture. The main floor provides an impressive panorama of the art of ancient Greece from the 10th to 1st century BCE. The chronologically divided exhibition contains stone sculptures, vases, craft objects and jewellery in a richly diverse display structured around certain core themes. Highlights include the statue of the "Berlin goddess", the "praying boy", the "amphora of the Berlin painter" and the throned goddess from Taranto. Jewellery made of gold and silver, as well as cut gemstones form a veritable treasure vault beneath the blue firmament of Schinkel’s ceiling design. In a second "blue chamber", objects from the Münzkabinett are on display, in a selection of its most stunning pieces of ancient mintage. They range from the earliest coins from the 7th century BCE made of electrum (an alloy of gold and silver), up to coins from the Roman Empire’s crisis years in the late 3rd century CE. The more than 1300 coins on show form a body of ancient artefacts to be admired within themselves that also impressively corresponds to the art from the same epoch on display. On the upper floor, the art and archaeology of the Etruscans and the Roman Empire are on view. The collection of Etruscan art is one of the largest anywhere in the world outside Italy; it contains such famous works as the house-shaped urns from Chiusi and the clay tablet from Capua. The collection of Roman art, meanwhile, unveils precious artefacts such as the Hildesheim silver find and portraits of Caesar and Cleopatra.