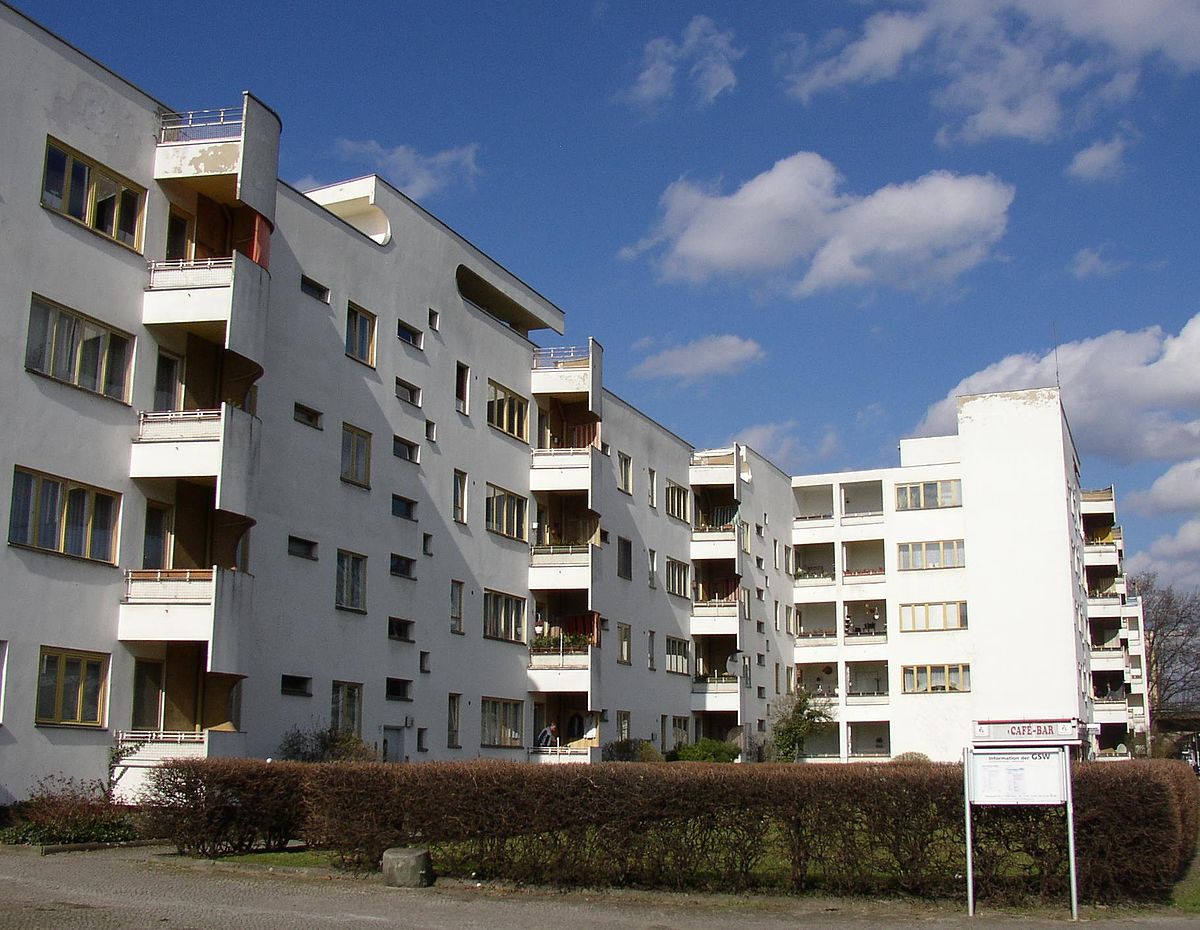 The Siemensstadt Housing Estate (Großsiedlung Siemensstadt) is a nonprofit residential community in the Charlottenburg-Wilmersdorf district. It is one of the six Modernist Housing Estates in Berlin recognized in July 2008 by UNESCO as a World Heritage Site. It was built between 1929 and 1931, under the overall master plan of German architect Hans Scharoun. Seven prominent Weimar-era architects took part: Scharoun, Fred Forbat, Otto Bartning, Walter Gropius, Paul Rudolph Henning, and Hugo Häring. The nickname Ringsiedlung came from the association of these architects with Der Ring collective. The open spaces were designed by the German modernist landscape architect Leberecht Migge. Unlike the other significant public housing projects of the time, which were produced under government cooperative Gehag sponsorship, the Siemensstadt was constructed by a private housing cooperative as worker housing for Siemens' nearby electrical factory, which employed 60,000 workers. The streets and squares of the settlement were named for engineers, physicists and inventors whose performance contributed to the success of Siemens AG. The shape of the settlement marked a turning point in urban thinking, the point at which Berlin's city planner Martin Wagner abandoned a low-rise, garden city-style project with individual gardens, in favor of much denser multi-story apartment blocks.