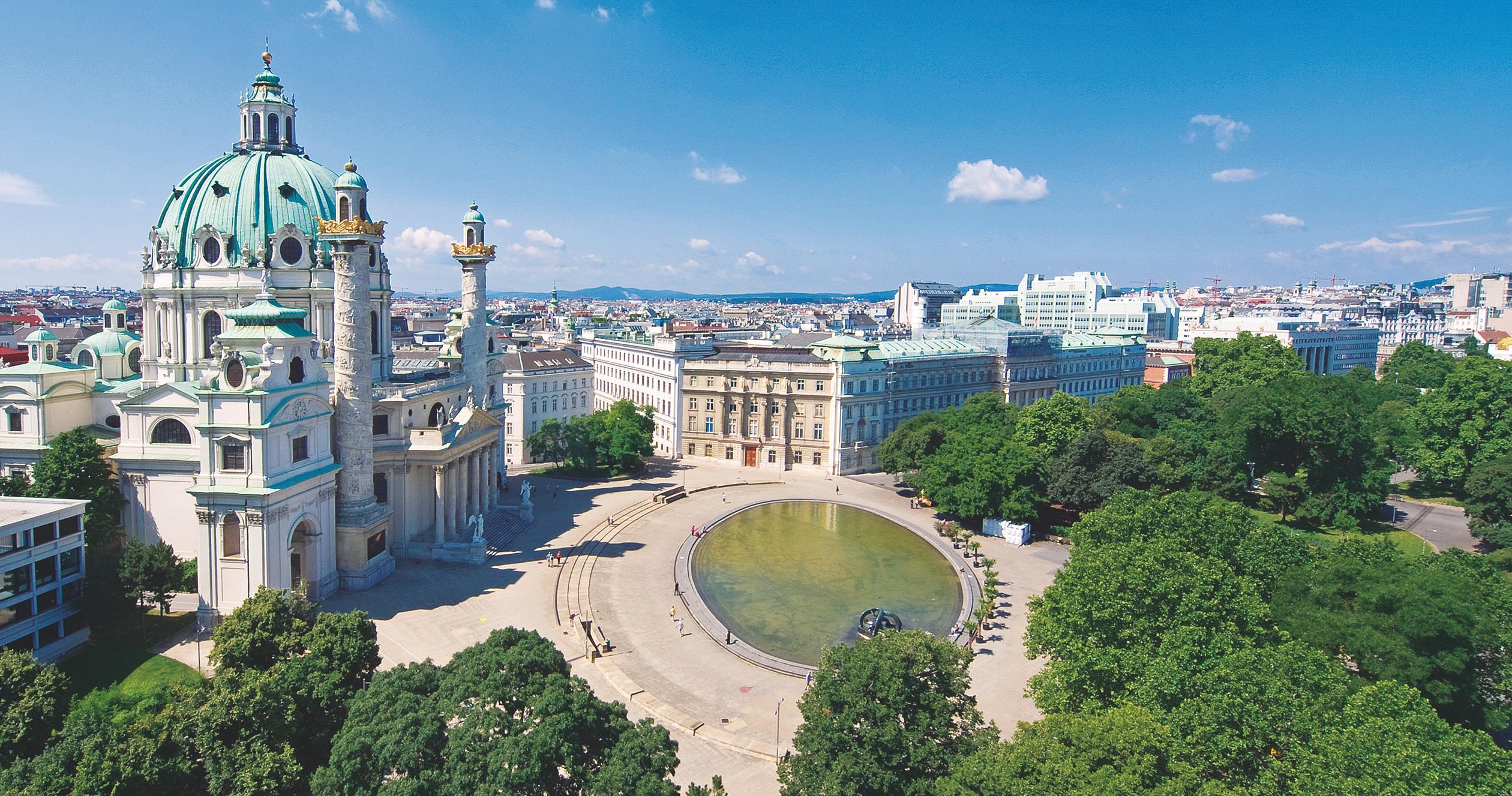 Widely considered the most outstanding baroque church in Vienna, as well as one of the city's greatest buildings, Karlskirche is dedicated to Saint Charles Borromeo, one of the great counter-reformers of the 16th century. In 1713, one year after the last great plague epidemic, Charles VI, Holy Roman Emperor, pledged to build a church for his namesake patron saint, Charles Borromeo, who was revered as a healer for plague sufferers. Construction began in 1716 under the supervision of Anton Erhard Martinelli. Joseph Emanuel Fischer von Erlach completed the construction in 1737 using partially altered plans. The church originally possessed a direct line of sight to the Hofburg and was also, until 1918, the imperial patron parish church. As a creator of historic architecture, the elder Fischer von Erlach united the most diverse of elements. The façade in the center, which leads to the porch, corresponds to a Greek temple portico. The neighboring two columns, crafted by Lorenzo Mattielli, found a model in Trajan's Column in Rome. Next to those, two tower pavilions extend out and show the influence of the Roman baroque (Bernini and Borromini). Above the entrance, a dome rises up above a high drum, which the younger J.E. Fischer shortened and partly altered. The high altarpiece portraying the ascension of the saint was conceptualized by the elder Fischer and executed by Ferdinand Maxmilian Brokoff. The altar paintings in the side chapels are by various artists, including Daniel Gran, Sebastiano Ricci, Martino Altomonte and Jakob van Schuppen. A wooden statue of St. Anthony by Josef Josephu is also on display. References: Wikipedia