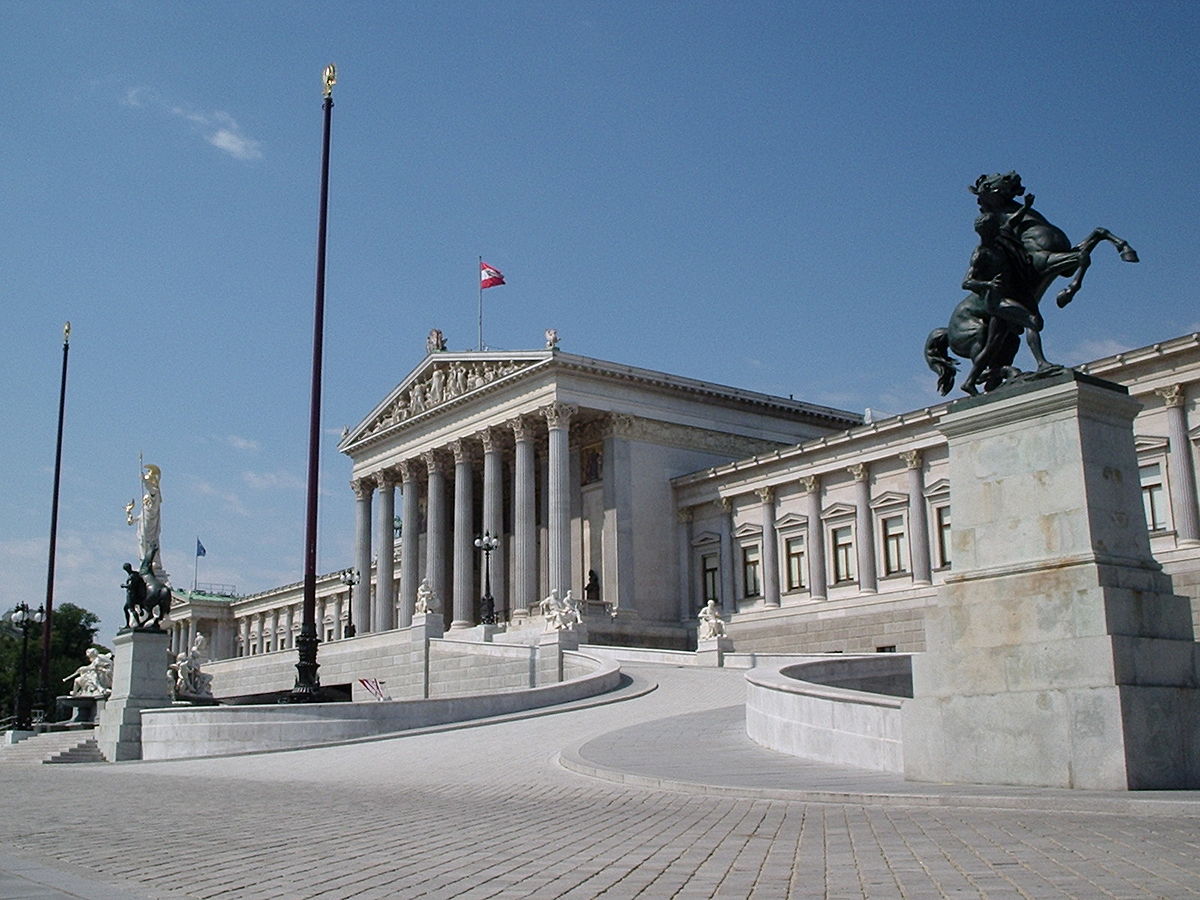 The Austrian Parliament Building in Vienna is where the two houses of the Austrian Parliament conduct their sessions. The foundation stone was laid in 1874 and the building was completed in 1883. The architect responsible for its Greek Revival style was Theophil Hansen. He designed the building holistically, aiming to have each element harmonizing with all the others. He was therefore also responsible for the interior decoration, such as statues, paintings, furniture, chandeliers, and numerous other elements. Hansen was honored by Emperor Franz Joseph with the title of Freiherr (Baron) after its completion. Following heavy damage and destruction in World War II, most of the interior has been restored to its original splendour. The parliament building covers over 13,500 square meters, making it one of the largest structures on Ringstraße. It contains over one hundred rooms, the most important of which are the Chambers of the National Council, the Federal Council, and the former Imperial House of Representatives (Abgeordnetenhaus). The building also includes committee rooms, libraries, lobbies, dining rooms, bars and gymnasiums. One of the building's most famous features is the Pallas Athena fountain in front of the main entrance, built by Hansen from 1898 to 1902 and a notable Viennese tourist attraction. References: Wikipedia