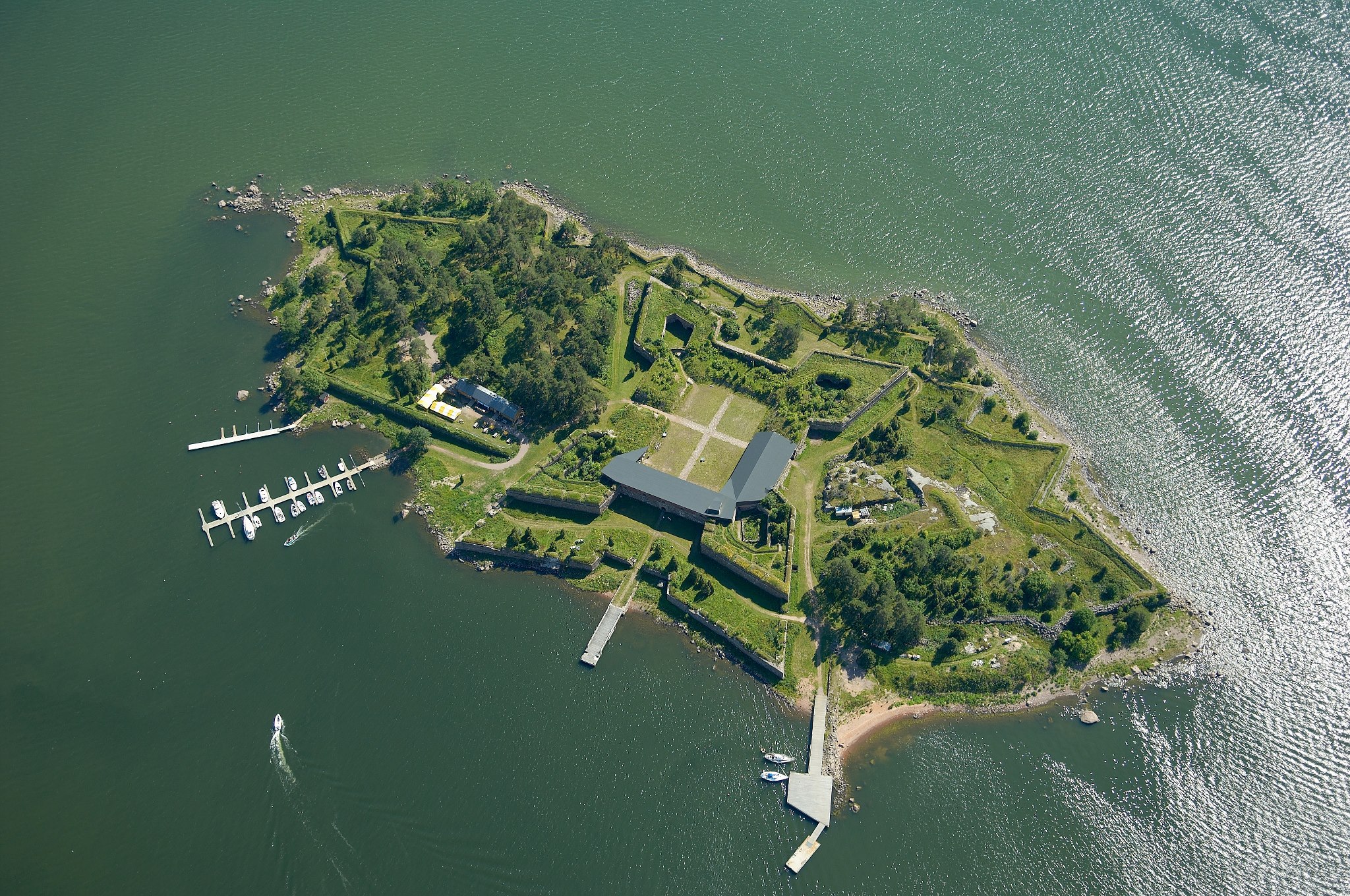 Svartholma sea fortress was built by Swedish in the 18th century. Svartholma and near Loviisa land fortress were designated to defence strategic road from Turku tu Viborg and Sweden-Finland's eastern border against Russians. Svartholma construction started in 1748 and it was mostly completed in the 1760's. Svartholma was a typical bastion system including four bastions and an outer fortification. Svartholma played an significant role in Russo-Swedish War 1788-1790. It was a naval stronghold for the Swedish fleet when it defeated Russians in Ruotsinsalmi battle. In the Finnish War (1808-1809) Svartholma was first time attacked by eastern enemies. The Russian artillery fired sporadically at the fortress, but no serious damage was inflicted. However, the Swedish officers, led by Carl Magnus Gripenberg decided to capitulate the fortress, almost without a fight on March 18, 1808. Svartholma lost its strategical importance during the Russian period. It was used partly as a military base, and partly as a prison for Finnish prisoners. The empty fortress was largely destroyed by the British during the Crimean War (1855). The Finnish National Board of Antiquities were restoring the fortress since the 1960s, and the work was finally ready in 1998. Today Svartholma is a popular tourist attraction with a museum and guided walking tours. It's possible to visit there by ferry-boat in summer time. References: Wikipedia