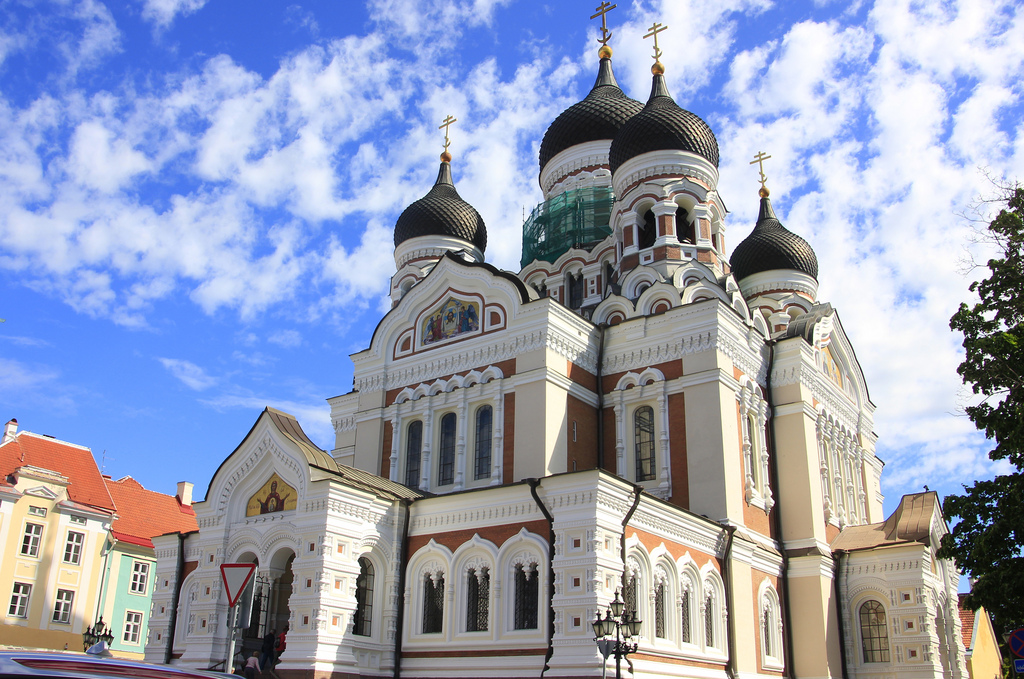 The Alexander Nevsky Cathedral is an orthodox cathedral in Tallinn. It is built to a design by Mikhail Preobrazhensky in a typical Russian Revival style between 1894 and 1900, during the period when the country was part of the Russian Empire. The Alexander Nevsky Cathedral is Tallinn's largest and grandest orthodox cupola cathedral. It is dedicated to Saint Alexander Nevsky who in 1242 won the Battle of the Ice on Lake Peipus, in the territorial waters of present-day Estonia. The late Russian patriarch, Alexis II, started his priestly ministry in the church. The Alexander Nevsky Cathedral crowns the hill of Toompea where the Estonian folk hero Kalevipoeg is said to have been buried according to a legend (there are many such legendary burial places of him in Estonia). The cathedral was built during the period of late 19th century Russification and was so disliked by many Estonians as a symbol of oppression that the Estonian authorities scheduled the cathedral for demolition in 1924, but the decision was never implemented due to lack of funds and the building's massive construction. As the USSR was officially non-religious, many churches including this cathedral were left to decline. The church has been meticulously restored since Estonia regained independence from the Soviet Union in 1991. References: Wikipedia