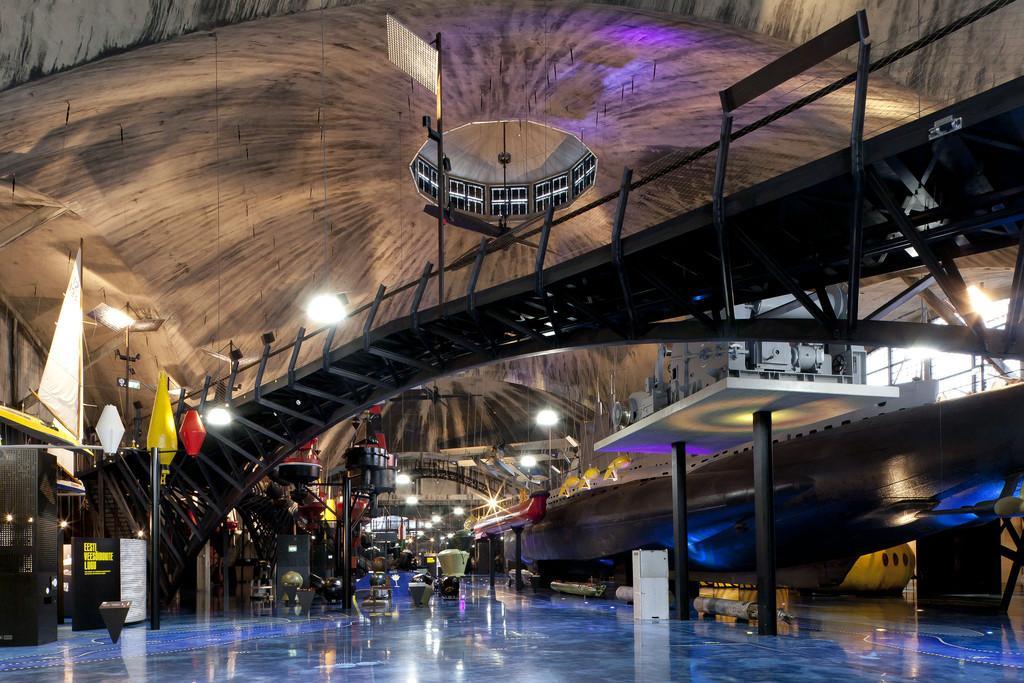 British built submarine Lembit weighing 600 tones is the centrepiece of the new museum. Built in 1936 for the Estonian navy, Lembit served in the World War II under the Soviet flag. It remained in service for 75 years being the oldest submarine in the World still in use until it was hauled ashore in 2011. Despite its long history, Lembit is still in an excellent condition offering a glimpse of the 1930s art of technology. Another exciting attraction is a full-scale replica of Short Type 184, a British pre-World War II seaplane, which was also used by the Estonian armed forces. Short Type 184 has earned its place in military history by being the first aircraft ever to attack an enemy’s ship with an air-launched torpedo. Since none of the original seaplanes have survived, the replica in Seaplane Harbour is the only full-size representation of the aircraft in the whole World. Simulators mimicking a flight above Tallinn, around-the-world journey in the yellow submarine, navigating on the Tallinn bay make this museum heaven for kids or adventurous adults. Seaplane Harbour operates in architecturally unique hangars built almost a century ago, in 1916 and 1917, as a part of Peter the Great sea fortress. These hangars are the World’s first reinforced concrete shell structures of such a great size. Charles Lindbergh, the man who performed the first solo flight across the Atlantic Ocean, landed here in 1930s. On the outdoor area visitors can tour a collection of historic ships, including the Suur Tõll, Europe's largest steam-powered icebreaker.