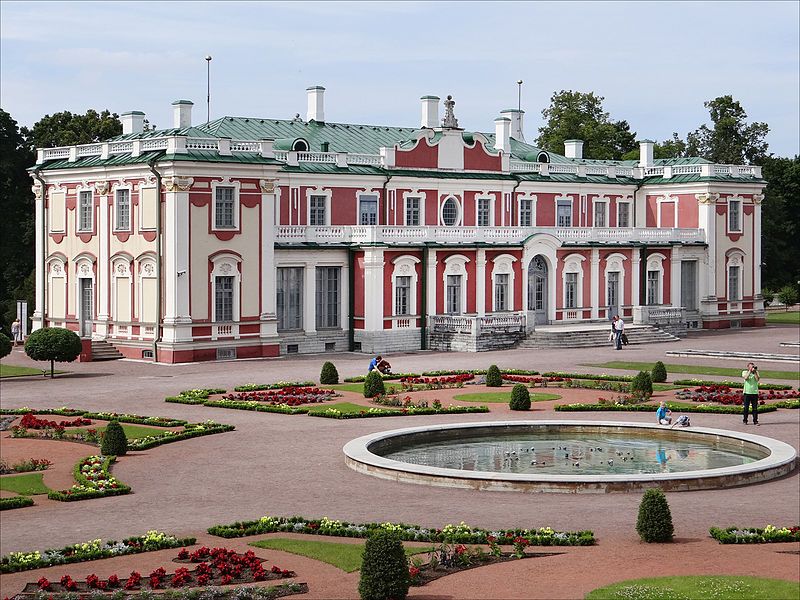 After the successful siege of Reval in 1710 Peter the Great of Russia bought a Dutch-style manor house at Lasnamäe for his wife Catherine. The house today is the result of a drastic renovation ordered by Nicholas I of Russia in 1827. The new palace was started on 25 July 1718. Peter and Catherine visited the unfinished residence on several occasions, but after the emperor's death in 1725 Catherine showed no interest in the seaside property. The great hall with Catherine's initials and profuse stucco decor (attributed to Heinrich von Bergen) survives, but many other interiors have been altered. The gardener Ilya Surmin was responsible for the flower garden with two fountains and the so-called mirage garden on several levels. The layout of the park shares similarities with that of Strelna. The palace currently houses an art gallery. The KUMU Museum is sited in the park.