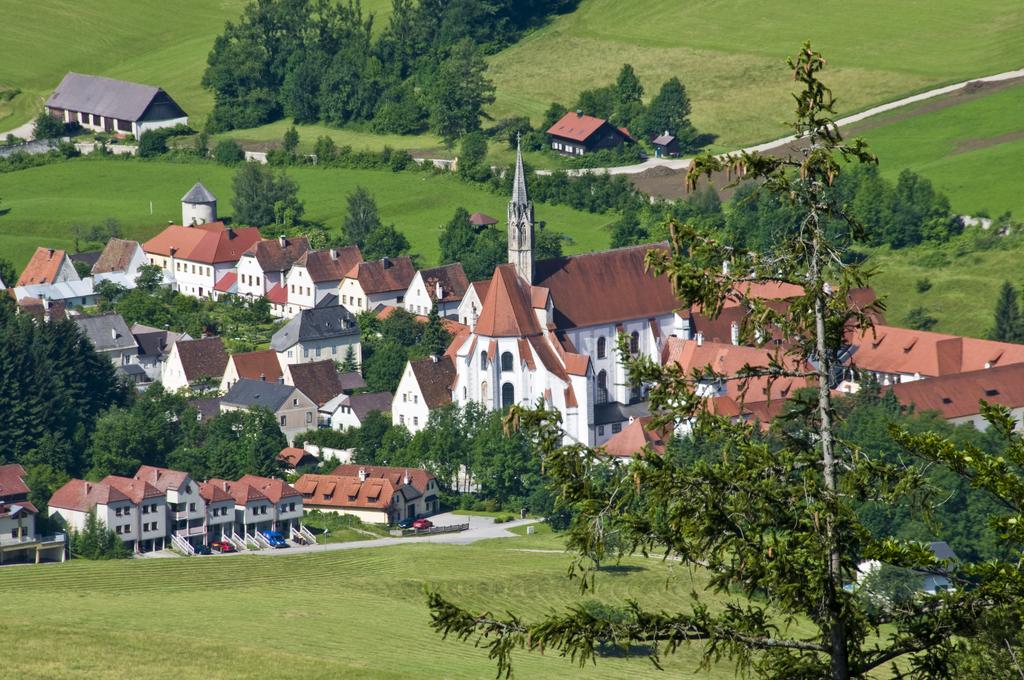 The first community, from Mauerbach Charterhouse in Vienna, comprised a double complement, under a prior, of 24 monks rather than the usual 12, and the scale of the buildings from the beginning reflected the monastery's size. Gaming Charterhouse received extremely generous endowments from its founder, including much surrounding land in the valley of the Erlauf, and the town and market of Scheibbs. The charterhouse was dissolved in 1782 in the reforms of Emperor Joseph II. In 1797 the bodies of the founder, his wife and daughter-in-law were removed to the parish church of Gaming, and in 1825 the monastery and estate, including large areas of forest, passed into private ownership. In 1915 it was bought by the abbot of Melk Abbey. Today the renovated premises are partly occupied by a hotel and partly by Franciscan University of Steubenville (main campus in Ohio, USA). Since 2004 there has also been a museum, with displays of the history of Gaming Charterhouse and of the Carthusians in general