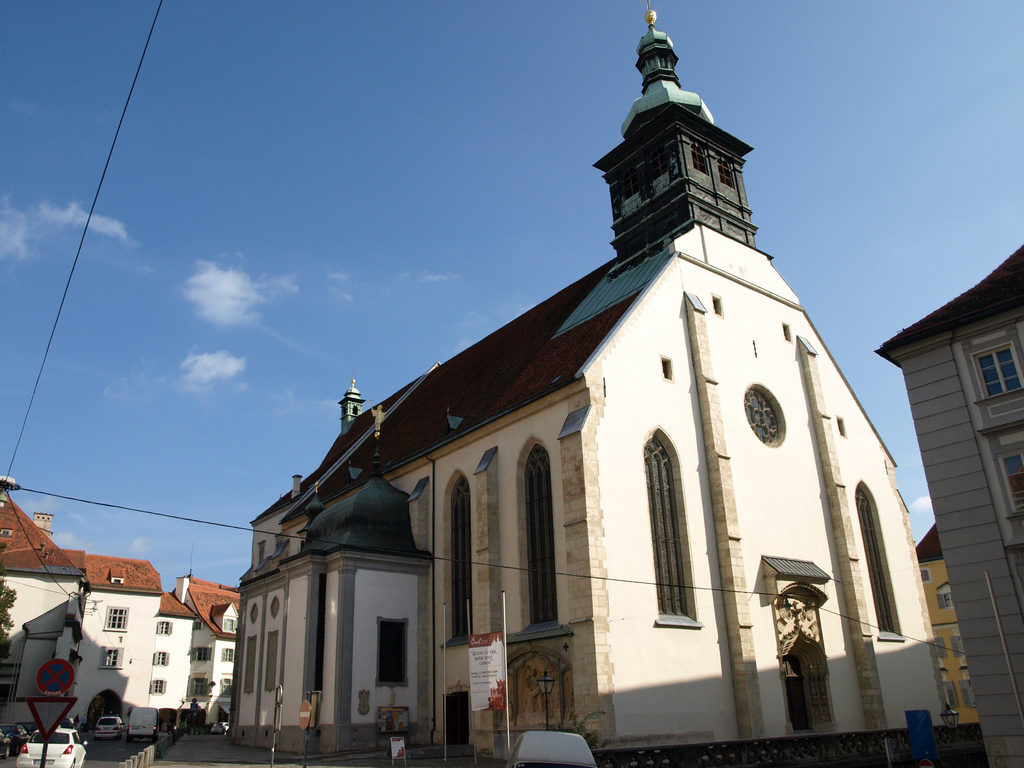 Graz Cathedral is dedicated to Saint Giles. It is the seat of the bishop of the Steiermark diocese. The church was built in 1438-1462 by Friederick III in the Gothic architecture. It was refurbished in Baroque style in the late 17th and early 18th centuries. The exterior of the cathedral looks very sober today. In the Gothic period, however, the façades were covered with paintings. One fresco has been preserved - the so-called Gottesplagenbild ('God's Plagues'). It refers to a year of horrors Graz suffered in 1480. The interior of the cathedral hormoniously combines Gothic architecture with Baroque furnishing. The frescos in the church date from the times of Emperor Frederick III. Among them: a fragment showing St. Christopher, clearly recognizable as Frederick wearing the Styrian ducal crown. Among the most precious objects in the cathedral are the two reliquaries to the left and the right of the chancel entrance. Originally the chests belonged to Paola Gonzaga. In 1477 she married Leonhard of Gorizia and brought along her bridal chests from her native Mantua to Leonhard's castle Bruck near Lienz in East Tyrol.