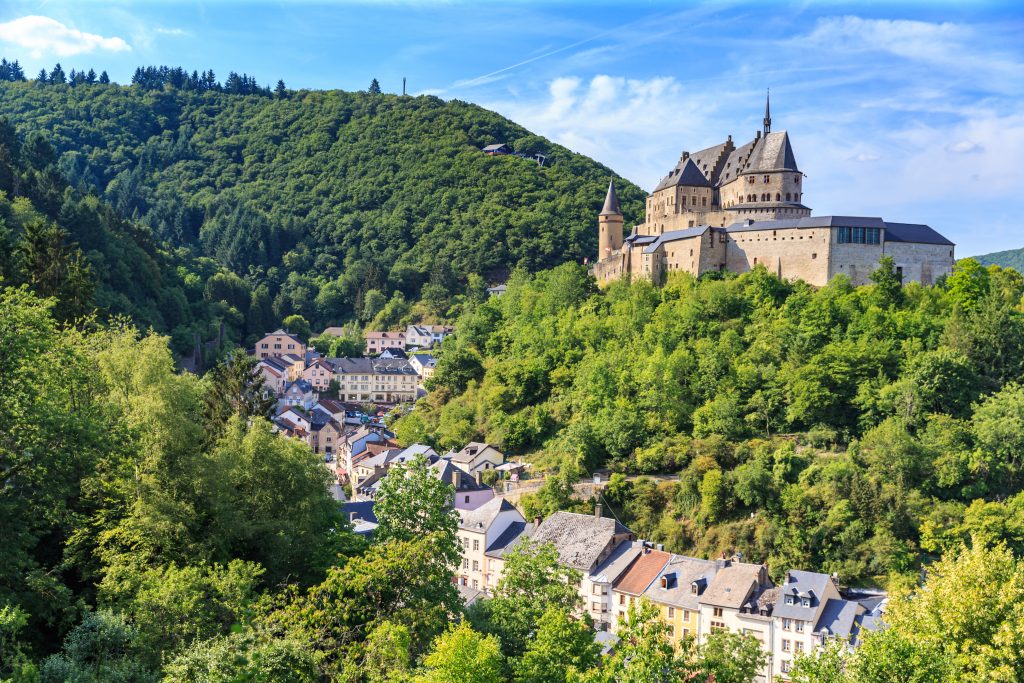 Vianden Castle was built between the 11th and 14th Century on the foundations of a Roman castle and a Carolingian refuge. This Castle-Palace bears the Hohenstaufen characteristics and is one of the largest and finest feudal residences of the Roman and Gothic eras in Europe. Until the early 15th Century it was home to the powerful Counts of Vianden who could boast of their close connections to the German Imperial Court. The greatest of them, Count Henry I (1220 -1250) was even married to a member of the Capetian family, which ruled France at the time. In 1417, the castle and its lands were inherited by the younger line of the German House of Nassau, which -in 1530- also acquired the French principality of Orange. The castle's most remarkable rooms; the chapel as well as the small and the grand palaces were built in the late 12th and the first half of the 13th Century. The Jülich building west of the great palace dates back to the early 14th Century, the so-called Nassau quarter was only built in the early 17th Century. In 1820 during the reign of King William I of the Netherlands, Prince of Orange-Nassau, Count of Vianden, the castle was sold to a Vianden spice merchant who proceeded to sell it piecemeal, starting with the furniture and ending up with the roof slates. As a result the castle was exposed to the elements and fell into ruins. In 1890 the castle became the property of Grand Duke Adolphe of the elder line of Nassau and remained in the hands of the Grand Ducal family until 1977 when it was transferred into state ownership. It has been painstakingly restored to its former glory and today ranks among the most significant historical monuments of Europe.