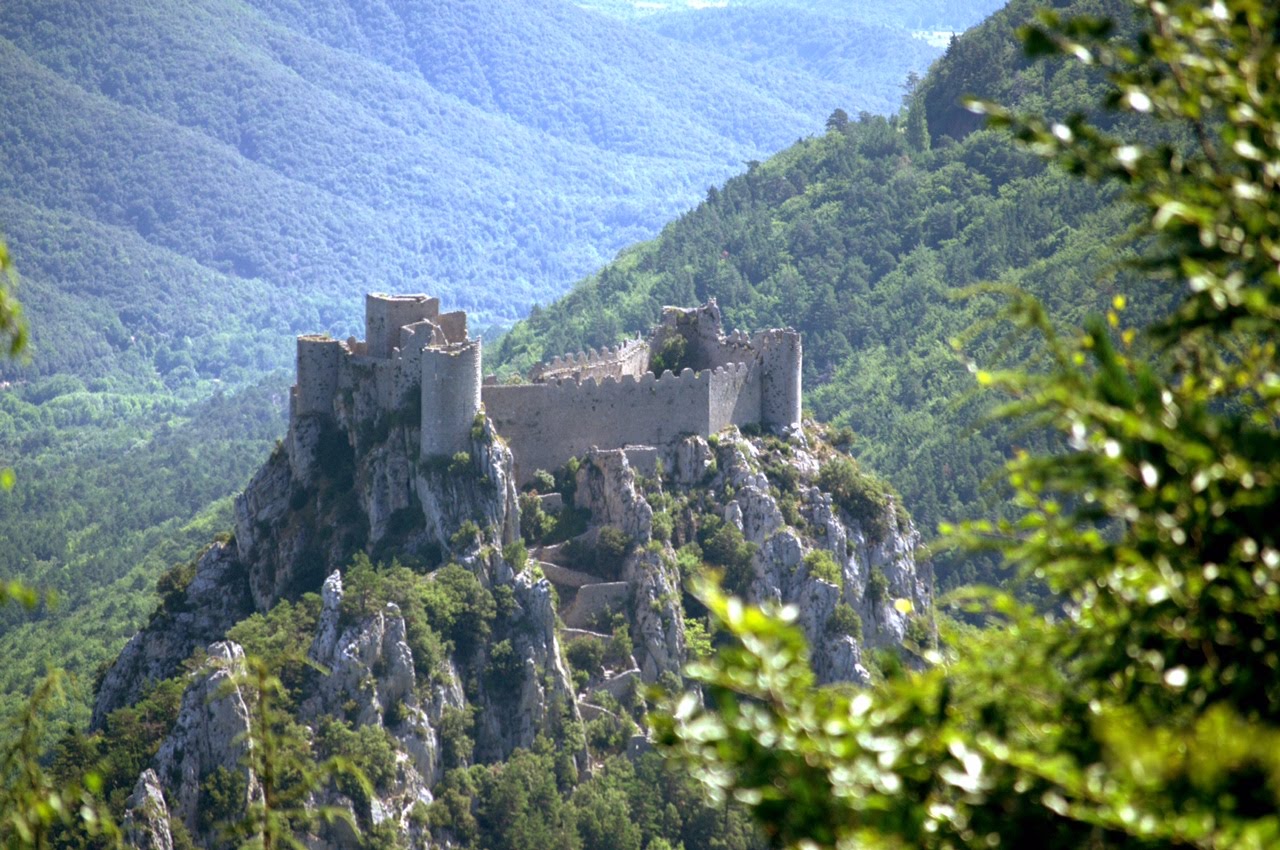 The Château de Puilaurens is one of the so-called Cathar castles. The castle stands on a spur of rock above the Boulzane Valley and the villages of Lapradelle and Puilaurens. There is a path from Axat to the castle. The castle here had belonged to the Abbey of Saint-Michel de Cuxa before it was acquired by the Queen of Aragon in 1162. As Aragonese property it was outside the territory ravaged by the Crusaders during the Cathar wars. Like Queribus it therefore provided a refuge for those fleeing from the invading forces. Those who took refuge there included both Cathars and faidits, that is to say those who had forfeited their property because of their opposition to the invaders. These faidits included high nobles, such as Guillaume de Peyrepertuse. Puilaurens was ceded to the French some time before 1255. After 1258 its possession by the French crown was ratified by the Treaty of Corbeil, when the Aragonese border was moved south. In 1260, it was garrisoned by 25 sergeants. It was taken by Spanish troops in 1635, but lost all strategic importance after the Treaty of the Pyrenees in 1659 when the border was moved even further south to its present position along the crest of the Pyrenees. In the 13th century it belonged to the Lords of Fenouillet. Defended by Pierre Catala and, more importantly, by Guillaume de Peyrepertuse, it withstood attack by Simon de Montfort and his successors until the end of the crusades. After 1243, its owner was Roger Catala, Pierre's son, but it was defended, like Quéribus, by Chabert de Barbaira, a Cathar military commander who was the last person to defend the Occitan cause. Numerous Cathar deacons sought refuge here after the fall of Montsegur. It is thought that the castle was finally forced to surrender (probably around the same time as Queribus) c.1255.