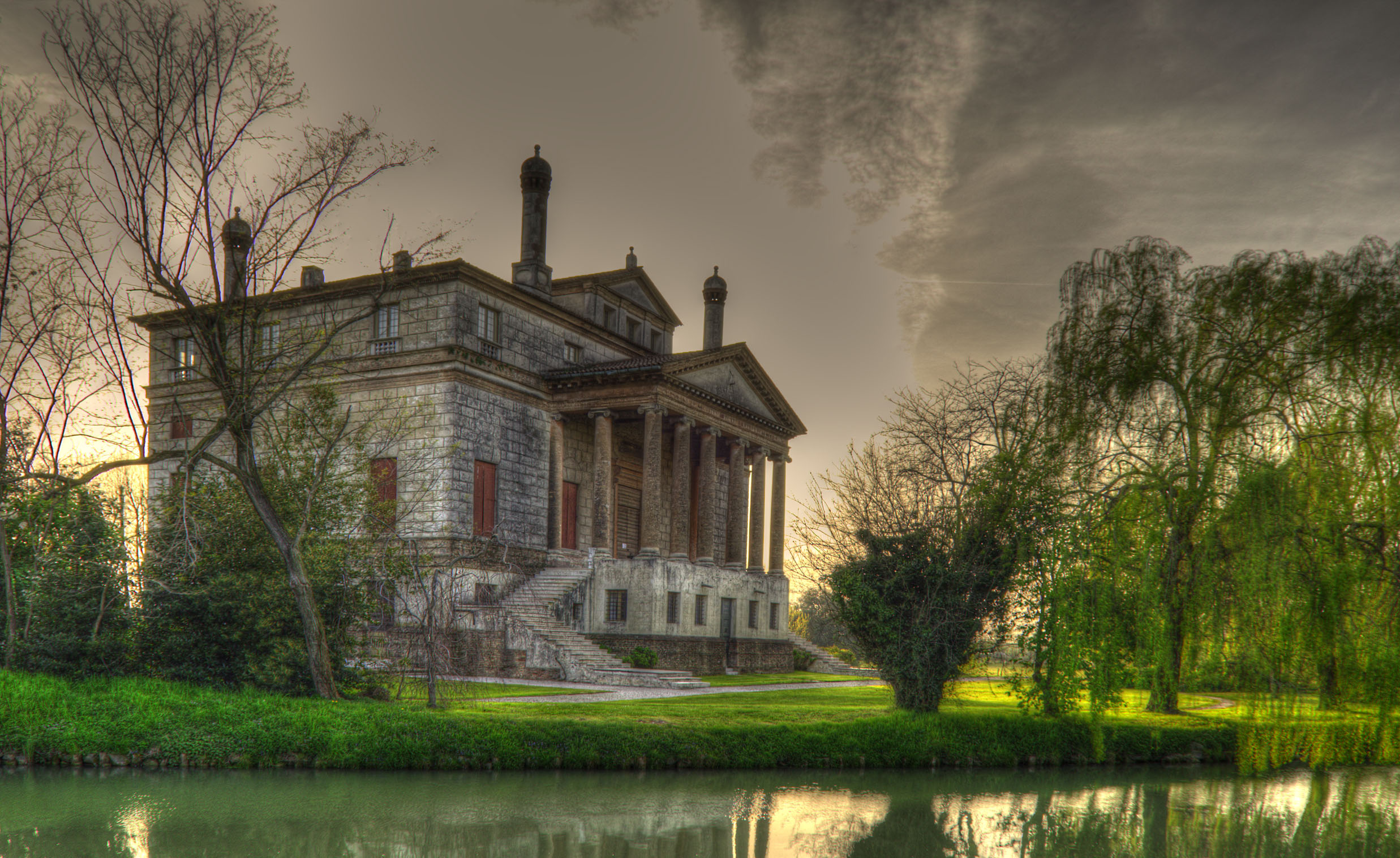 The villa was commissioned by the brothers Nicolo and Luigi Foscari, members of a patrician Venetian family that produced Francesco Foscari, one of Venice's most noted doges. It was built between 1558 and 1560. It is located beside the Brenta canal and is raised on a pedestal, which is characteristic of Palladio's villas; this pedestal is more massive than most of Palladio's villas because it was not possible to construct a subterranean basement on the site. The villa lacks the agricultural buildings which were an integral part of some of the other Palladian villas. It was used for official receptions, such as that given for Henry III of France in 1574. The interior of the villa is richly decorated with frescoes by Battista Franco and Giambattista Zelotti. Mythological scenes from Ovid alternate with allegories of the Arts and Virtues. As at other Palladian villas, the paintings reflect villa life in, for example, Astraea showing Jove the pleasures of the Earth. The frescoes have dulled over time, signs of the increasing threat that air pollution poses to works of art. In 1973, Antonio Foscari (a descendant of the Foscari lineage) and his wife, Barbara del Vicario, recovered the villa, and have undertaken a painstaking process of restoring the villa to its original grandeur. Since 1996 the building has been conserved as part of the World Heritage Site 'City of Vicenza and the Palladian Villas of the Veneto'. Today, the villa is open to the public for visits on a limited basis. References: Wikipedia