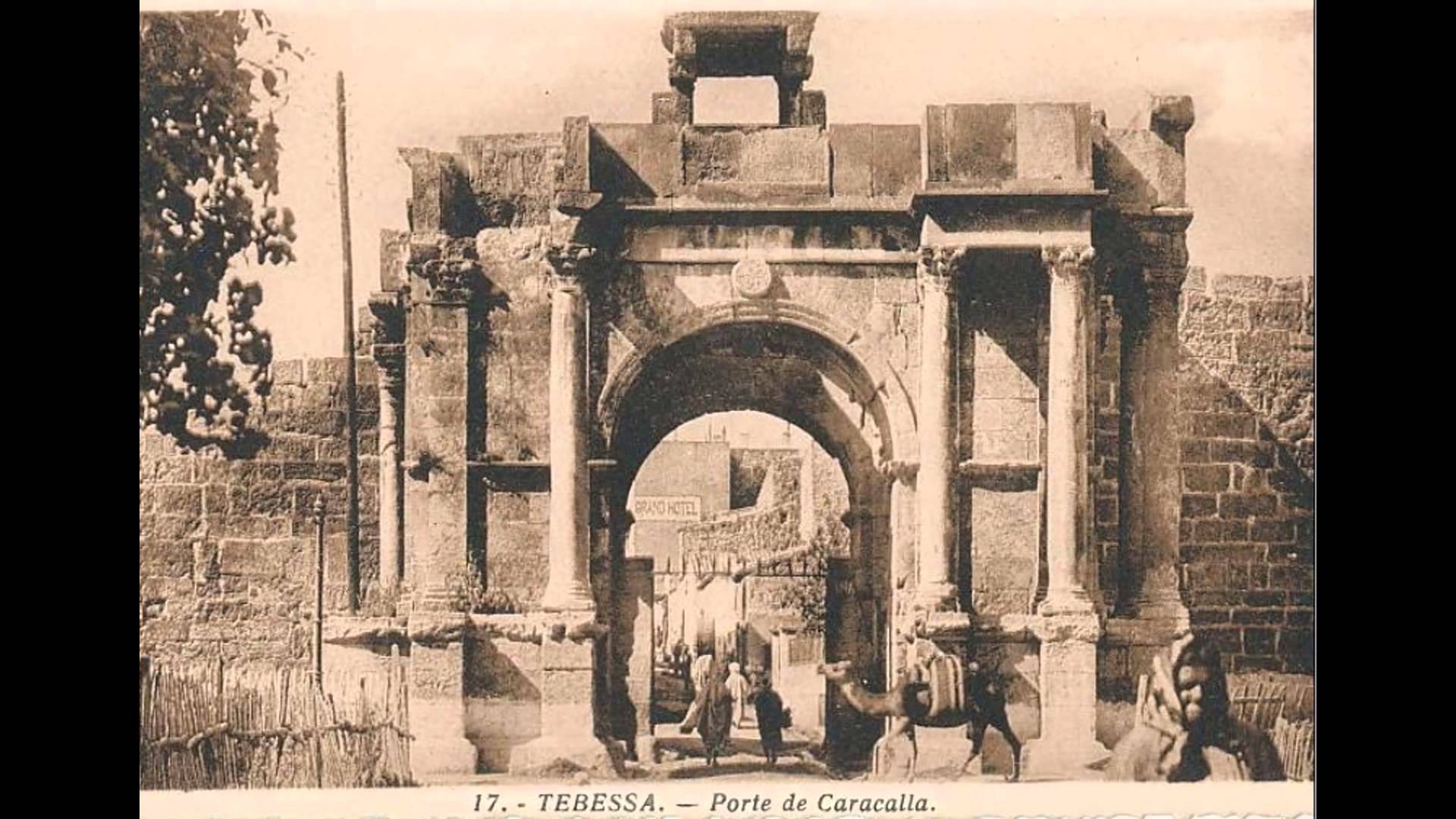 The arch was built between 211 and 214 by means of a testamentary donation of Gaius Cornelius Egrilianus, Prefect of the XIV legion, who was originally from Thebeste. The figure set aside for the construction was 250,000 sesterti. Later, the arch was reused as the northern gate of the city wall in the Byzantine period. The lateral arches were walled up, as was the northern one, until they were reopened by French military engineers during the colonial period. In form it is roughly cubical, being 10.94m on the side and to the top of the entablature. On the pylons, beside the spans are pairs of columns with Corinthian capitals, detached from the wall and with pilasters behind, supported by a podium from which their pedestals extend. The main entablature is above the pairs of columns and continues in the recess above the spans. Medallions with the busts of divinities are located above each of the spans. On the attic on three sides dedications are inscribed to the deified Emperor Septimius Severus, Julia Domna and Caracalla. On the fourth side is a reconstructed Byzantine inscription, originally found in the infill of the vaults, which refers to the incorporation of the arch into the Byzantine city wall as the work of the magister militum Solomon. At the centre on all sides, the entablature supported an aedicula which held a statue. The reconstruction of the very top of the arch is the subject of some debate among scholars: According to Meunier an octagonal lantern would have stood there with its base hidden by the aediculae, while according to another there would have been a low dome. According to Bacchielli, the four aediculae, connected by railings contained the statues of the Deified Septimius Severus, the Deified Julia Domna, Caracalla and Geta. References: Wikipedia