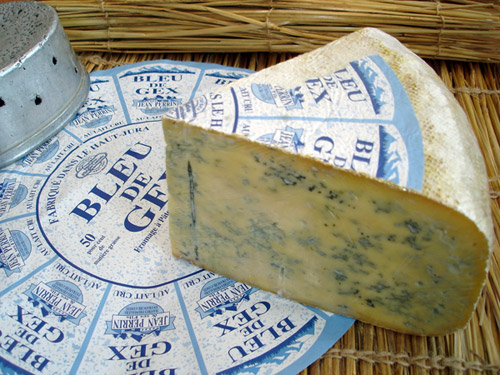 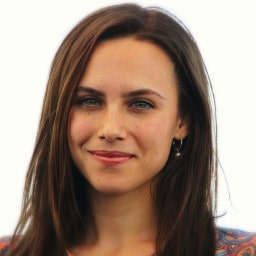 The official name of this cheese is Blue du Haut Jura; it is also known by the name of Blue de Septmoncel. The area of production for the cheese are the departments of l’Ain and Jura; this is defined by the AOC, of which the cheese became a member in 1986. History tells us that when the Dauphiné region was claimed by France in 1349 certain peasants of this region left and found a new living in the valley of the Haut Jura. There they developed from cows milk a blue moulded cheese. Previously the region had been dominated by sheep and goat cheese. In this endeavour we are told that the Bishop of the abbey at Saint-Claude encouraged them. In the 16th Century the Blue de Gex was the cheese of choice for Charles Quint, the owner of the Franche-Comte. The Blue de Gex today is still produced in the small mountain dairies that employ the traditional methods that have been handed down from the 14th century. It is produced only from the Montbeliardes or Pie rouge de l’Est cows which graze on these mountains. Although the smell is faint, this cheese is characterised by its nutty taste. The rind is very fine and yellowish. The ivory white dough has evenly distributed greeny- blue veins. The pate is creamy, almost crumbly when touched. Bleu de Gex is a blue cheese made from the unpasteurized milk of Montbeliardes cows. The milk is heated to 80 F (27 C), Rennet is added, then the curds are cut to the size of small peas, and moulded. It is dry-salted over a period of 4 to 6 days. It can be ripened in as little as 3 weeks, but is usually allowed to mature 2 to 3 months at 54 F (12 C.) During this time, the cheeses are turned 3 to 4 times a week. The name GEX is stamped in the rind of each cheese. The rind also develops a white powder on it. When young the cheese is very mild; as it ages gets more robust. The cheese is yellowy inside, and semi-firm, with pale blue-green veins.