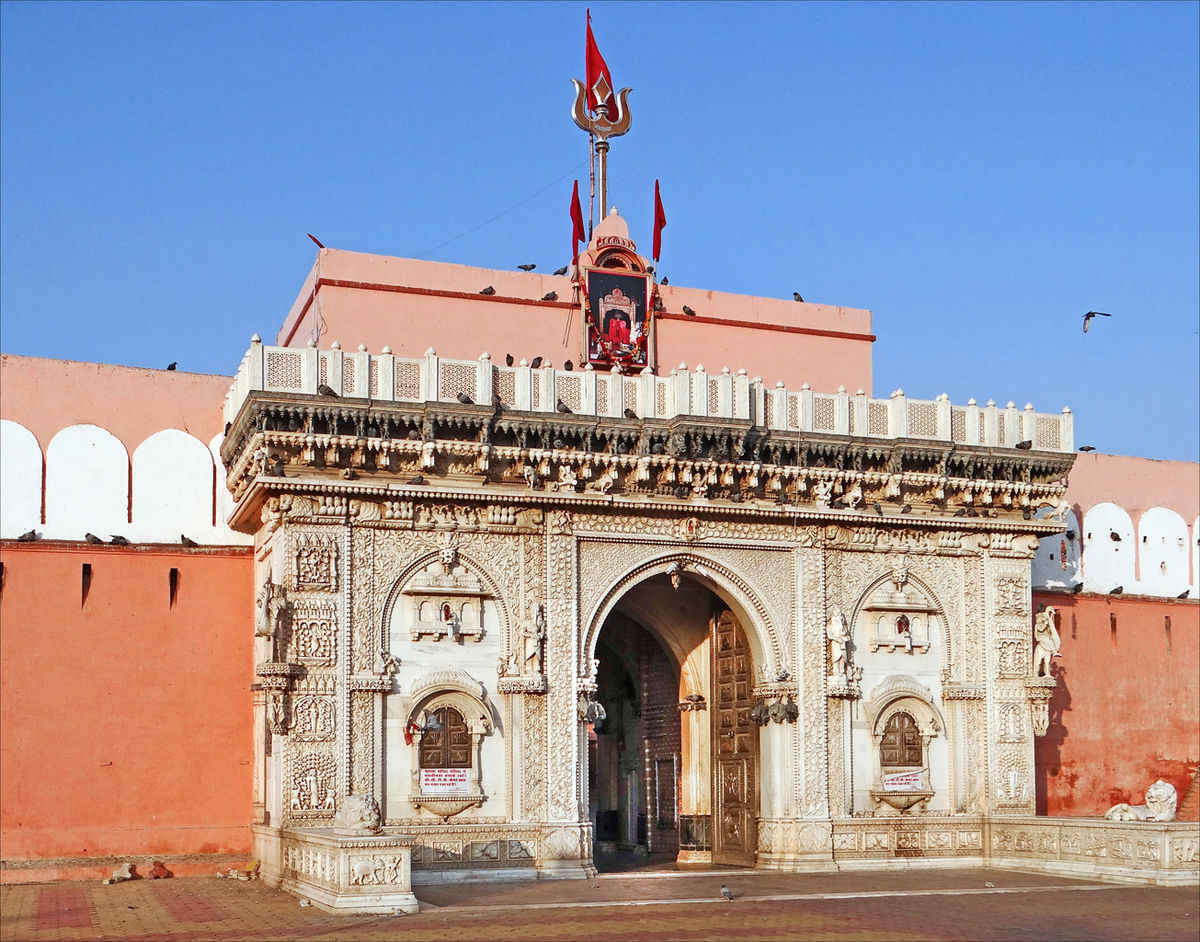 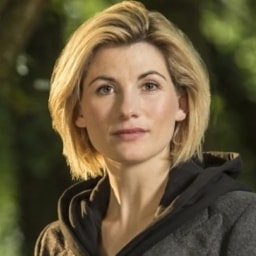 Karni Mata (October 1387 – March 1538) also referred to as Nari Bai was a Hindu warrior sage. Also known as Shri Karniji Maharaj, she is worshiped as the incarnation of the warrior Goddess Durga by her followers. She is an official deity of the royal families of Jodhpur and Bikaner. She lived an ascetic life and was widely revered during her own lifetime. The Temple was created following her mysterious disappearance from her home. In 1538, Karniji went to visit the Maharaja of Jaisalmer. On 21 March 1538, she traveled back to Deshnok with her stepson, Poonjar, and a few other followers. They were near Gadiyala and Girirajsar of the Kolayat tehsil in Bikaner district when she asked the caravan to stop for water. It was reported that she disappeared there at the age of 151 years. The temple building was completed in its current form in the early 20th century in the late Mughal style by Maharaja Ganga Singh of Bikaner. Beautiful marble façade is there in front of the temple which has solid silver doors built by Maharaja Ganga Singh. Across the doorway are more silver doors with panels depicting the various legends of the Goddess. The image of the Goddess is enshrined in the inner sanctum. The temple was further enhanced by Kundanlal Verma of Hyderabad-based Karni Jewelers in 1999. The silver gates to the temple and the marble carvings were also donated by him. The temple is famous for the approximately 25,000 rats that live in the temple. These holy rats are treated as sacred and given protection in the temple. These holy rats are called kabbas, and many people travel great distances to pay their respects. The temple draws visitors from across the country for blessings, as well as curious tourists from around the world. Out of all the thousands of rats in the temple, there are a few white rats, which are considered to be especially holy. They are believed to be the manifestations of Karni Mata herself and her four sons. Sighting them is considered a special blessing and visitors put in extensive efforts to bring them forth, offering prasad, a sweet holy food.