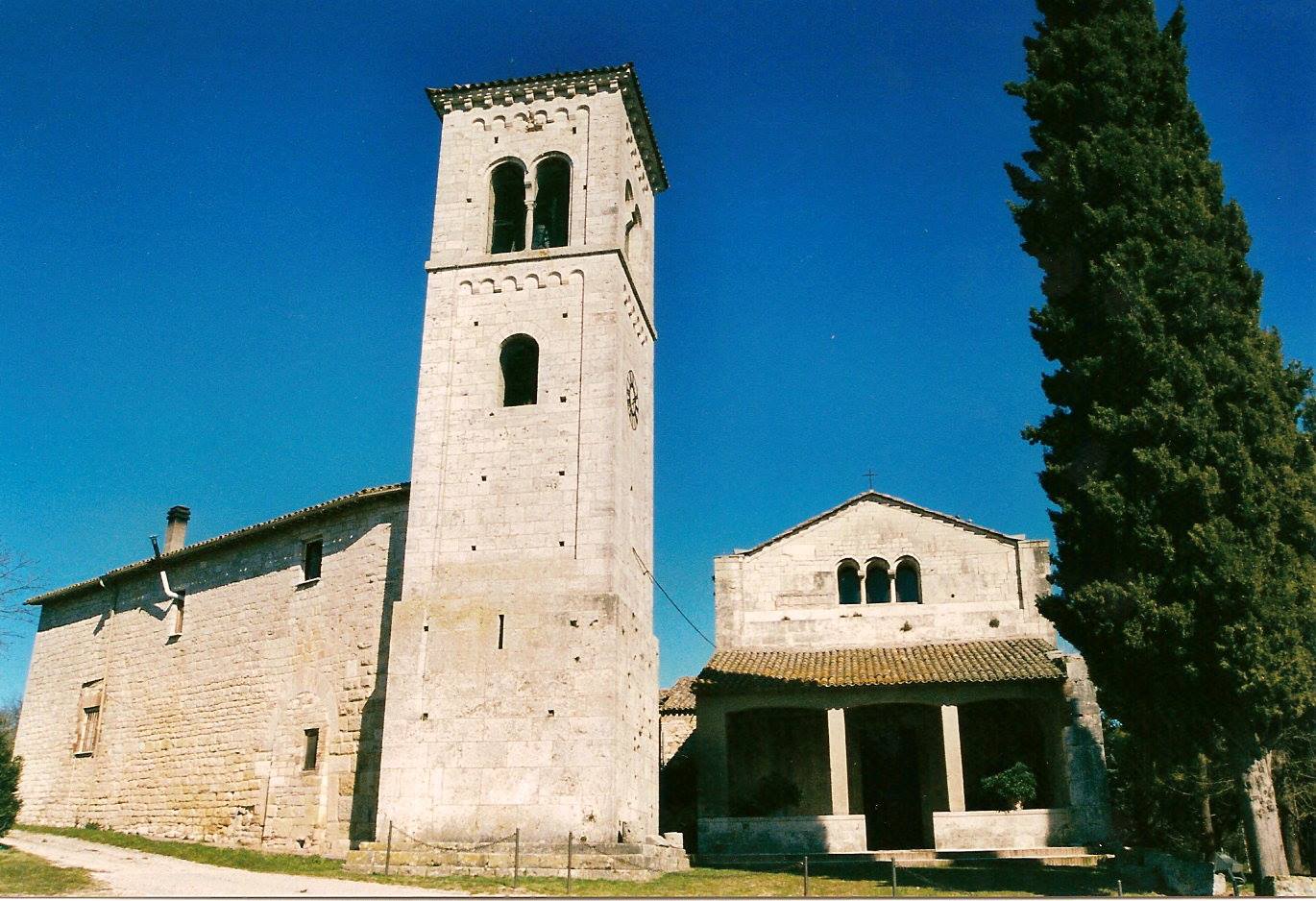 In Roman times, on the site of the abbey there had been a villa which was a summer residence of Giulio Marciano (Lucius Julius Marcianus), the administrator of the Roman colony Todi, and his wife Onesta. The couple were admired and respected by the locals, as can be seen from the plaque, which is today to the right of the mullioned window on the façade, where the positive opinions of the local inhabitants about the Roman official were reported. The villa fell into disrepair and it was thanks to the intervention of the Benedictines, in around the year 1000, that reconstruction of a building re-using material from the Roman house began. First of all, the monks dedicated themselves to the reclamation of the area so they began constructing the abbey, building the church with the apse, presbytery, portico and lastly the convent. Use of Roman materials can also be seen in the three metopes which can be found on the façade as well as in the apse area. The first documentation mentioning the abbey of San Faustino dates back to 1104. The layout of the abbey is very simple; it has a single nave with a wooden truss ceiling and a semi-circular apse. In front of the façade, which was restored in 1956, is an airy portico. In the upper part of the façade is a mullioned window with three sections, next to which is a fragment of a Roman Doric frieze depicting ox skulls and rosettes, which was also re-used from the pre-existing villa. Externally the apse is supported by pillars and there is a low a rectangular window which gives light to the crypt. The interior has been modified various times over the centuries, which also saw the demolition of the raised presbytery to cover the crypt, which was probably demolished or collapsed at the beginning of the 1700s. After this, the sarcophagi were buried, the floor was levelled out and the main altar was raised. With the restoration works carried out in the 1950s, the altar was knocked down and two sarcophagi were discovered, in one of which were the relics of San Faustino. Today, on the right-hand wall, is a door through which passing via the choir, you could reach the convent. Indeed, as previously mentioned, the Benedictines also built a convent next to the abbey church, which has today been transformed into homes.