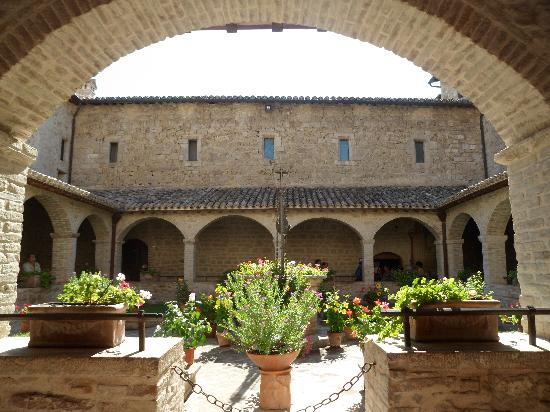 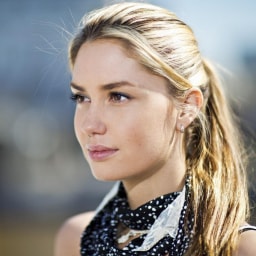 The church and convent of San Damiano are just outside of the centre of Assisi. The complex was originally a Benedictine priory, records of which date back to 1030. You reach the church through a chapel: to the right you will find Madonna and Child, with Ss. Francis, Clare, Bernardino and Jerome, a fresco by a local painter from the mid-Fourteenth century. The church has a single nave, with ogival barrel vaults and a deep choir. Immediately to the right of the entrance is the window from which Saint Francis threw the money refused by the priest of San Damiano for the restoration of the church. Along the walls you can see the remains of plasterwork, bordered with polychrome frames, prepared for frescoes which were never made. In the chapel which was added in 1535 is a wooden Crucifix (the expression on Christ's face changes depending on the vantage point), carved by Fra Innocenzo da Palermo in 1637. At the main altar is a copy of the Crucifix that spoke to Saint Francis (the original is kept in the Basilica of Santa Chiara). The wooden choir of 1504 partly covers a small window through which the Poor Clares communicated and in front of which the body of Saint Francis was carried from the Porziuncola to Assisi. Entering into the vestibule to the right, under which four of Saint Clare's companions were buried, you reach the sacristy. To the left is a simple choir where you will also find Saint Clare's lectern. At the altar is Crucifixion, a fresco by Pier Antonio Mezzastris from 1482. To the left you can see a small chamber where, tradition states, Francis took refuge from his father. Returning to the vestibule, you climb some steps, leaving to the right through the Giardinetto di Santa Chiara (Saint Clare's garden), a small terrace with views over the plain below. Instead, going down into the cloister, you can admire on the two corner walls, frescoes by Eusebio da San Giorgio (1507), St. Francis receiving the Stigmata and the Annunciation. You then reach the rectangular refectory, with low ceilings, similar to a crypt, with its original benches and tables: a cross and a vase of flowers mark the place once occupied by Saint Clare.