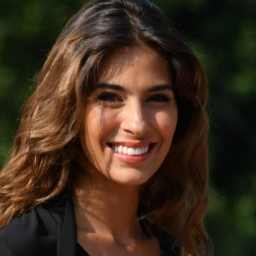 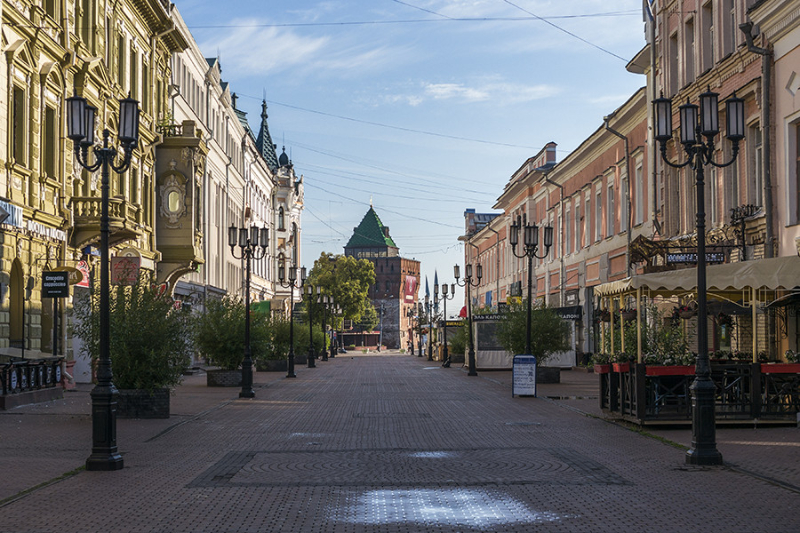 Bolshaya Pokrovskaya Street in Nizhny Novgorod is a center of the city’s robust tourist life, a lively boulevard which offers everything from historic landmarks and performers dressed in period costumes to carriage rides, street musicians and modern boutiques. Thanks to Nizhny Novgorod’s major thoroughfare to Moscow which passed near Bolshaya Pokrovskaya, the street began to rapidly develop in the mid-17th century. Prior to the late 18th century, it was mainly inhabited by nobles and other wealthy residents, with entry restricted for ordinary citizens. By the turn of the 19th century, Bolshaya Pokrovskaya was lined with stone buildings. Pokra Street, as it is affectionately called by the locals, is more than two kilometers long and is now primarily a pedestrian street. Named after Church of the Intercession of the Most Holy Theotokos, the street connects Minin and Pozharsky Square, Lyadov Square, Gorky Square and Theater Square. Bolshaya Pokrovskaya Street beckons visitors to admire its historic buildings with a leisurely stroll, a tour on horseback or a carriage ride along its cobblestone streets. Among the many notable landmarks on Bolshaya Pokrovskaya is the 200-year old Nizhny Novgorod State Academic Drama Theater. One of the oldest theaters in the country, it is located in a magnificent building designed by the chief architect of Russian imperial theaters, Victor Schroeter. Its history began when Prince Shakhovsky moved to Nizhny Novgorod in the 18th century, bringing with him a troupe of serf artists who opened a public theater. Their first performance was Denis Fonvizin's comedy "The Tutor's Choice", which was followed by a varied repertoire personally selected by the prince. Although Prince Shakhovsky preferred the classics, the theater also staged opera and ballet. Since 1901, all of Gorky's plays have been performed on its stage as well as several performances based on his prose. The playhouse became an academic theater in 1968, and today its repertoire includes world classical and modern dramas which continue to delight guests and residents of Nizhny Novgorod. On Minin and Pozharsky Square is the three-story Palace of Labor (City Duma Building), built by the merchant Peter Bugrov in the 1850s. Since the Bugrov family were strict Orthodox followers who adhered to the traditions of the Old Believers, they held a negative view of entertainment establishments. Nevertheless, the second floor of Bugrov’s building served as the city theater before being destroyed in a fire in 1894. With the aim of removing all theatrical performances from the premises, Bugrov’s grandson allocated 200,000 rubles for the construction of a new theater, and the original building was transferred to the City Duma under the condition that all profits incurred at the house be donated to the poor. The Bugrovs' own home was then turned into the Palace of Labor before being converted into the Regional Court, which it remains to this day. Trade union offices moved into City Duma building in 1919 and remain there to this day. Another highlight of Bolshaya Pokrovskaya Street is State Bank Building, completed by Vladimir Pokrovsky in 1913 to celebrate the 300th anniversary of the Romanov House. Constructed in the neo-Russian style to resemble a medieval castle, Pokrovsky sought to convey the greatness of the Russian Empire through his masterpiece. His efforts appeared to have been successful, for Tsar Nicholas II himself visited the bank after its completion. Although the exterior of State Bank Building will transport you to a fantasy world, the real gems are hidden inside. Twice a year, the bank opens its doors to everyone who wishes to admire its decor and visit the museum which opened here in the late 20th century. Everything from its unique murals to Swiss clocks are a joyful riot of colors which is wholly unexpected in a building with such a stately function. Nizhny Novgorod Education Theater of Theatrical School is located inside a stone, columned house which once belonged to the merchant Ivan Kostromin. Built in the Russian classicist style at the turn of the 17th century by a student of famed Italian architect Francesco Rastrelli, the house is associated with Kostromin’s son, a self-taught mechanic named Ivan Kulibin. At the request of his father, Kulibin crafted an unusual gift for Empress Catherine II - an amazing clock in the shape of a duck egg – which won the Kostroma family respect throughout the city. In 1826, House of Noble Assembly (House of Culture) was built on Bolshaya Pokrovskaya Street from funds donated by local nobles. Originally intended as a multi-purpose discussion forum, ball room, concert hall and voting booth, it soon became the site of monumental events. Russian emperors who visited the city would be welcomed in the House of the Noble Assembly, and it was here in 1861 that the abolition of serfdom was first announced. The building’s solemn grandeur is imparted by the four-column portico of its main façade, the six-column gallery facing Bolshaya Pokrovskaya Street and its grand marble staircase inside. After the Russian Revolution, House of Noble Assembly was renamed House of Culture and converted into a workers’ club and industrial trade union. Bolshaya Pokrovskaya Street in Nizhny Novgorod is a well-preserved slice of history which is sure to enhance your tour of the city.