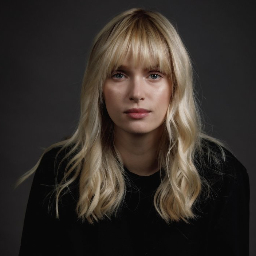 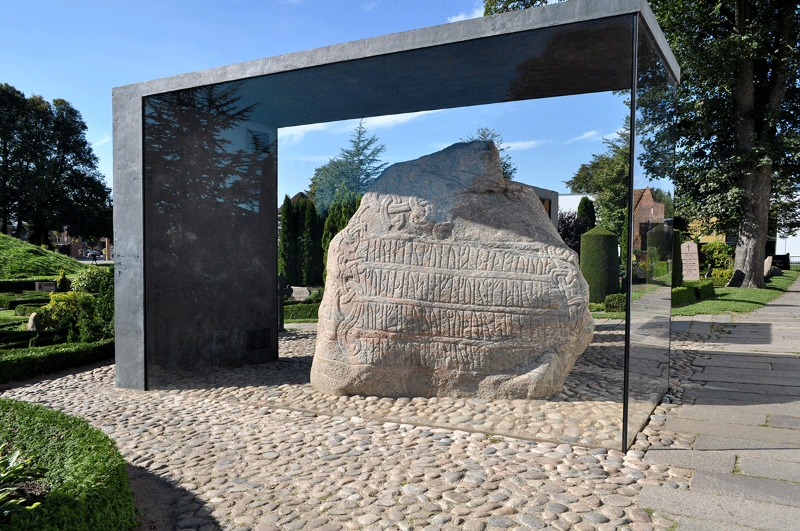 The Jelling burial mounds and one of the runic stones are striking examples of pagan Nordic culture, while the other runic stone and the church illustrate the Christianization of the Danish people towards the middle of the 10th century. Situated around 27 kilometres from Billund, the town of Jelling is a small, picturesque place. Located in central Jutland, Jelling was a royal monument during the reigns of Gorm, and his son Harald Bluetooth, in the 10th century, and may possibly pre-date this era. The complex consists of two flat-topped mounds, 70 metres in diameter and up to 11 metres high, which are almost identical in shape and size and construction, being built of turf, carefully stacked in even layers, with the grass side facing downwards. After introducing Christianity into Denmark, and integrating Norway with the country, Harald Bluetooth proclaimed his achievements by erecting a stone between the two mounds and building the first wooden church at Jelling. The large runic stone is located exactly midway between the two mounds. Its incised inscription, beneath an inscribed interlaced Nordic dragon, reads "King Harald bade this monument be made in memory of Gorm his father and Thyra his mother, that Harald who won for himself all Denmark and Norway and made the Danes Christians". On the south-west face is the earliest depiction of Christ in Scandinavia, with an inscription relating to the conversion of the Danes to Christianity between 953 and 965. The original position of an adjacent smaller runic stone is not known. However, the stone has been in its present location since about 1630. Its inscription reads "King Gorm made this monument to his wife Thyra, Denmark's ornament". A small simple church of whitewashed stone is on the site of at least three earlier wooden churches, all of which were destroyed by fire. Excavations in 2006 have revealed evidence of a magnificent palisade surrounding the monument, and parts of a ship setting of unknown dimension. Marking the beginning of the conversion of the Scandinavian people to Christianity, the Jelling Mounds, runic stones and church are outstanding manifestations of an event of exceptional importance. This transition between pagan and Christian beliefs is vividly illustrated by the successive pagan burial mounds, one pagan runic stone, another commemorating the introduction of Christianity, and the emergence of the church representing Christian predominance. The complex is exceptional in Scandinavia, and the rest of Europe.