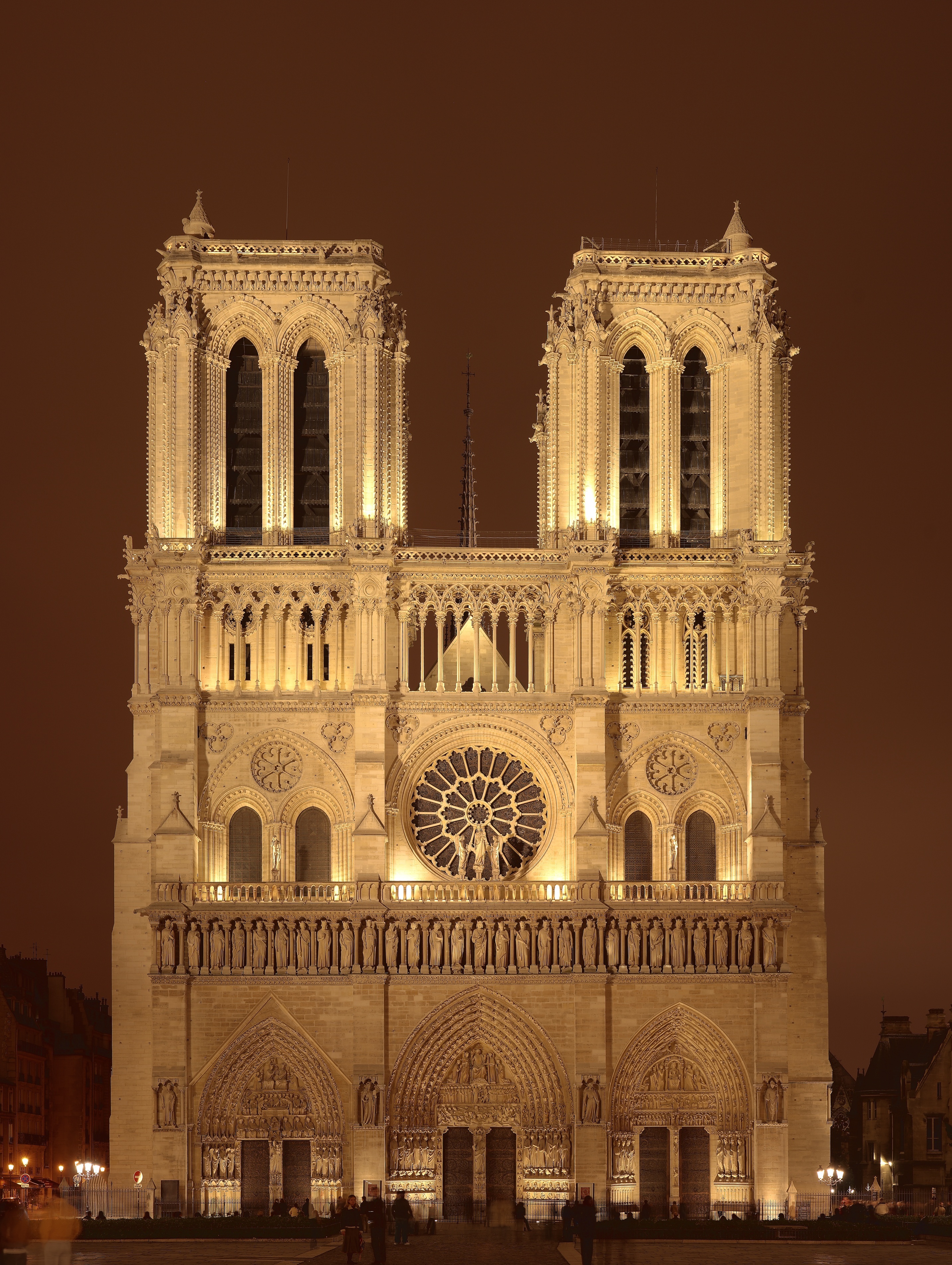 The cathedral is widely considered to be one of the finest examples of French Gothic architecture, and it is among the largest and most well-known church buildings in the world. The naturalism of its sculptures and stained glass are in contrast with earlier Romanesque architecture. One of the most notable monuments in Paris (and in all of Europe for that matter) is the Notre Dame Cathedral. This Catholic treasure is over 800 years old. It is located on a small island called the Ile de la Cite in the middle of river Seine. The building of the cathedral was completed over the course of 200 years; it was started in 1163 during the reign of King Louis VII and was completed in 1345. As is the case with most notable historical monuments, The Notre dame Cathedral Paris has its own share of both the glorious and the tragic historical moments that will forever remain indelible in the mind of people everywhere. Among them is the crowning of Henry VI of England right inside the cathedral in 1431. The Cathedral was at one time in a stage of total disrepair and close to the point of being demolished, but was later saved by Napoleon who himself was crowned Emperor in 1804 inside the Cathedral. After restoring the Cathedral back to its formal beauty and in the midst of World War II, it was rumoured that the German soldiers might destroy the newly installed stained glass. It was therefore removed and only reinstalled again after the war had ended. The steps were taken because of only one particular archeological glass window called the Rose window which is supposed to be the biggest glass window in the world produced in the 13th century. Discussing the history of the Notre Dame Cathedral Paris would not be complete without discussing the most famous story of the peasant girl, Joan of Arc, who is well documented in the history books of France. She was very brave and claimed that she had visions from God. This poor girl had spiritual and character richness even though she had no material goods. Through her visions and courage, she helped France in the battles against the English troops. While using the wise military tactics of Joan of Arc, the well known heroine, France won many fights against England. She also was a great supporter of the monarchy; she is indirectly the reason why Charles VII was crowned. However, Joan of Arc was captured by the Burundians’, accused of heresy and tragically, she was burned at the stake. But this was not the end of the brave girl. On the 7 July 1456, Joan of Arc was declared innocent and a martyr. In 1909 she was beatified in the famous Notre Dame cathedral in Paris by Pope Pius X. Notre Dame Cathedral which can also be called “our lady” is still in use today by the Roman Catholic Church for Sunday mass and it is the seat of the Archbishop of Paris. A notable and distinct historical artefact which is very popular today is the famous bell that has been redesigned to ring automatically. Any visitor to the bell tower should be prepared to climb the 140 steps staircase, if desirous of seeing the historical bell or have a glimpse of the city of Paris. Also inside the Notre Dame Cathedral, among so many historical artefacts, is the notable 17th century organ with all of its parts still functional. There are also drawings, plans and engravings which showed the old and hidden mysteries of several of the church developments and how the city of Paris came into being.