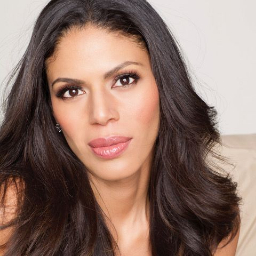 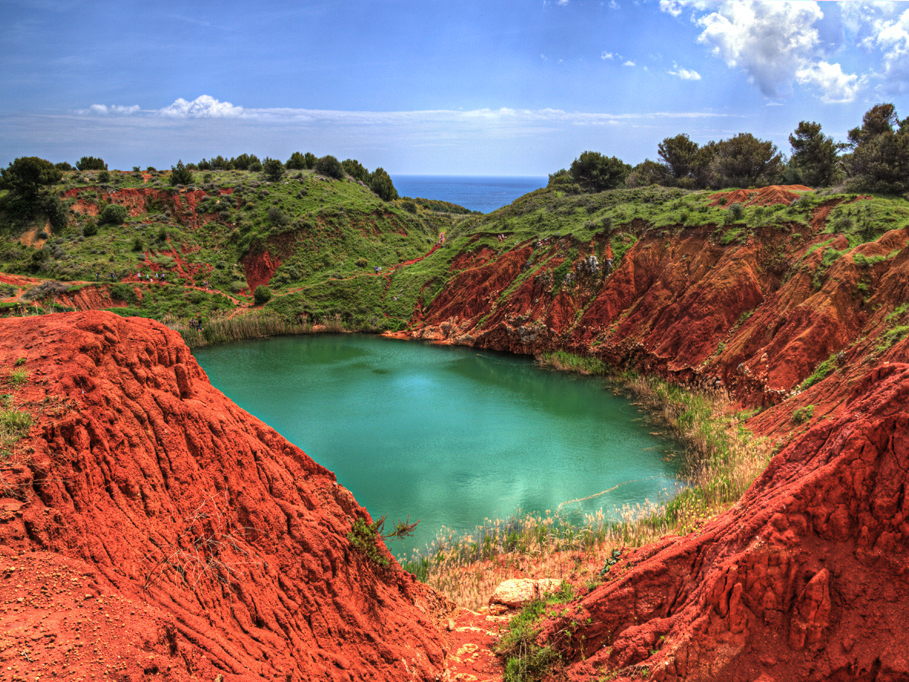 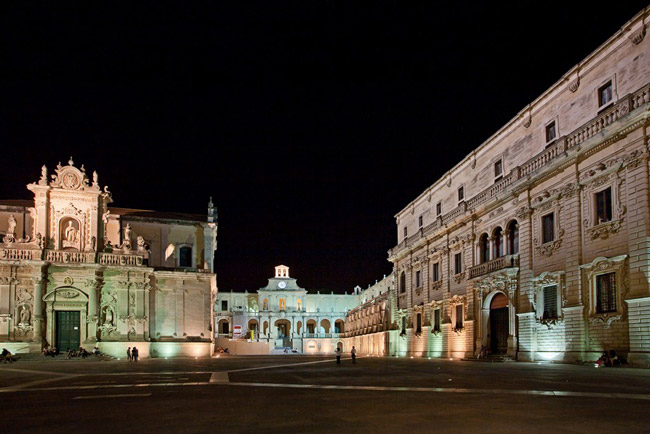 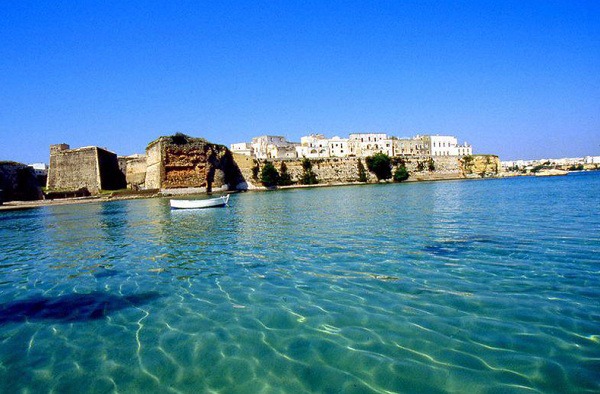 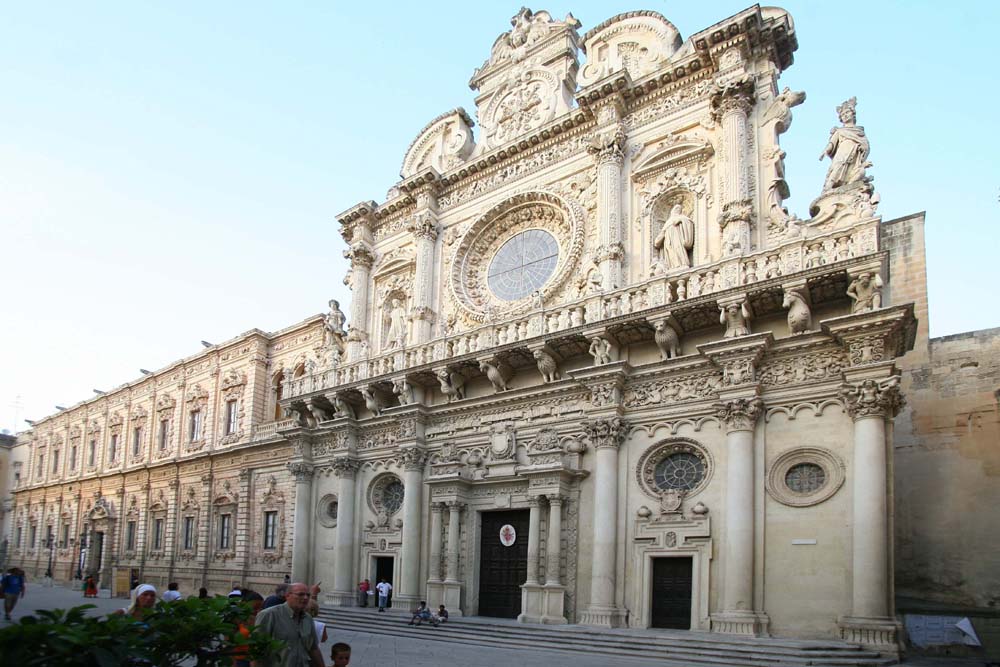 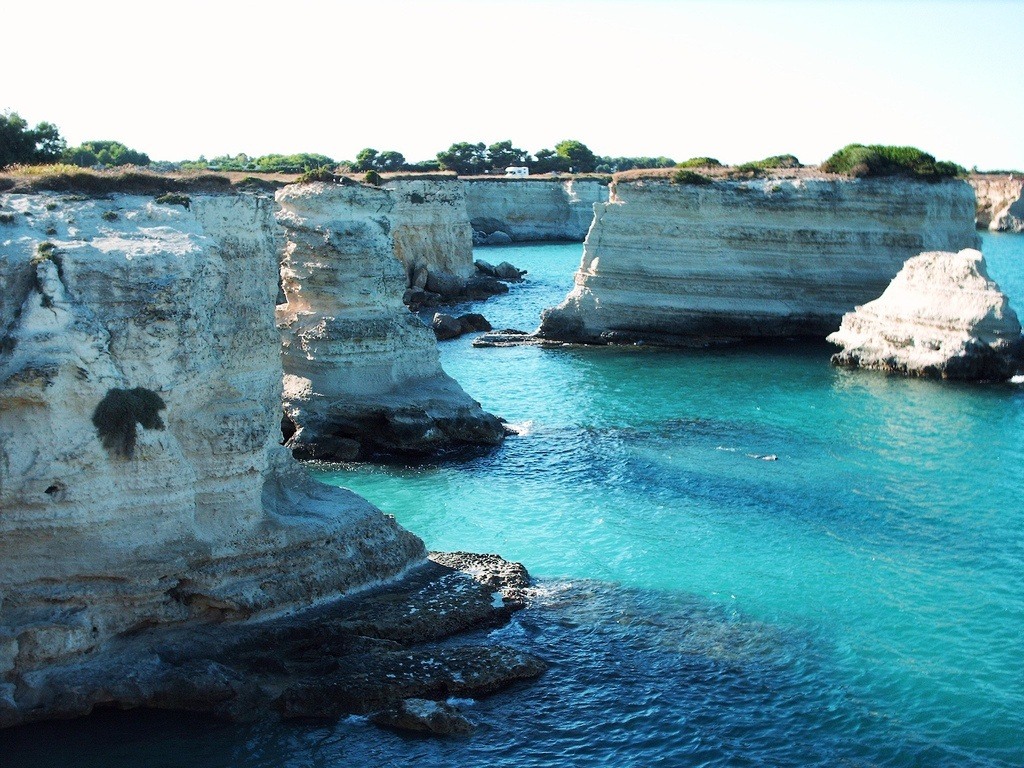 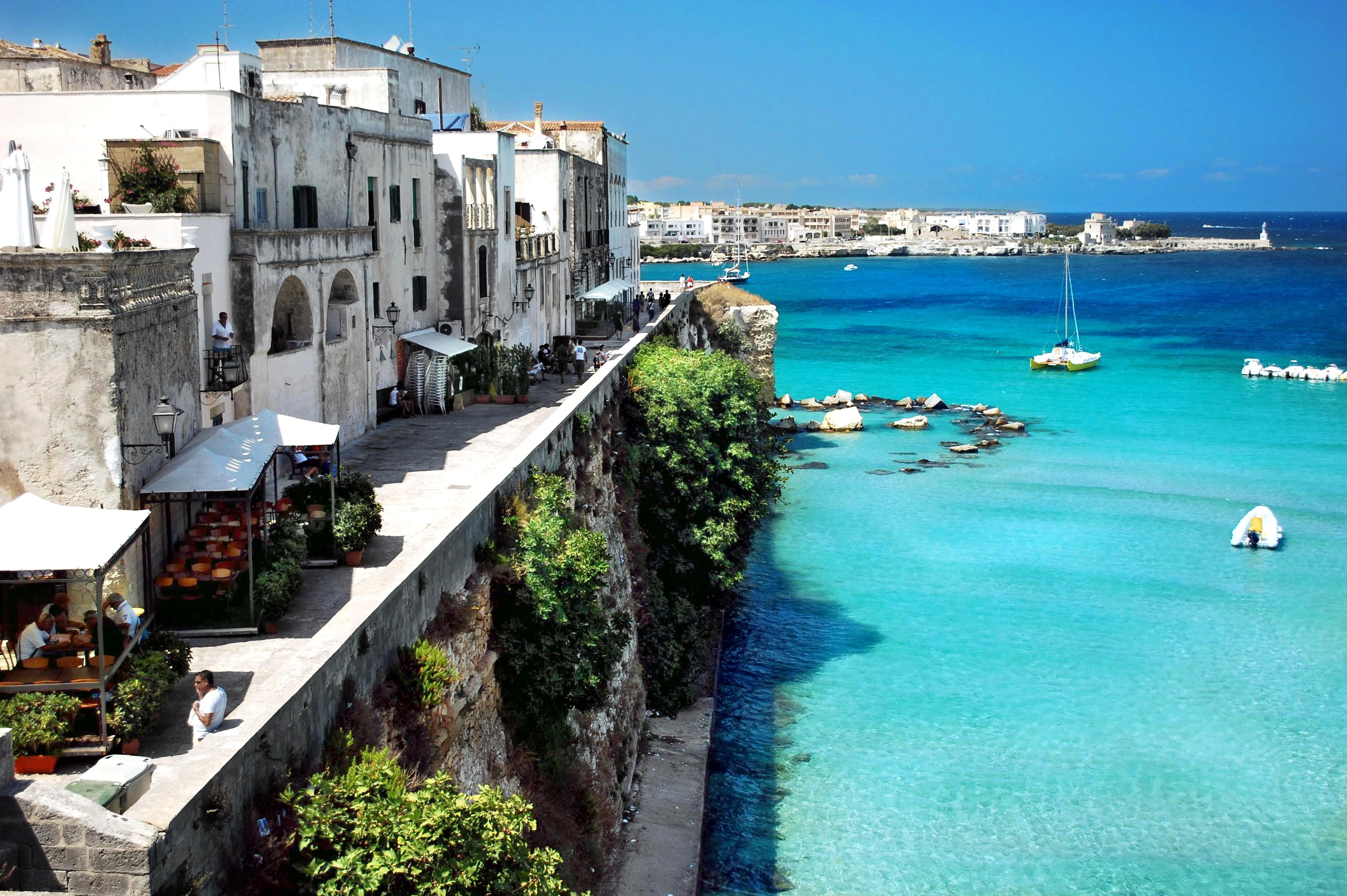 Harmony and a sense of peace reign inland, off the mass tourist trail, along roads less traveled. At this time of year, before the invasion of July and August, one can go on a discovery tour of unknown but beautiful villages just a handful of kilometers from the coast. Villages, frescoed churches and crypts, underground oil mills. Plus beaches in protected areas and coves: the Salento of travelers seeking silence. And Happiness Salento OFF-THE-BEATEN-PATH SURPRISES The first discovery is in the heart of Salento: Galatina , an open-air museum with ornate portals, Baroque churches, Rococo-style palaces and the spectacular Basilica of St. Catherine of Alexandria, with frescoes of the Giotto school covering the five naves. Hidden in the alleys of the center is the 18th-century residence Apalazzo Mongiò dell'Elefante (cell. 3384033738), where one sleeps among pieces by Italian designers such as Albini, Ponti, and Caccia Dominioni. From the city to the countryside: in Galatone, Campi Latini is a pleasant country house with two suites and six apartments set in three hectares of olive grove, orchard, citrus grove and organic vegetable garden. In Alezio, three kilometers from the sea, Tenuta Monticelli Bio Relais overlooks Gallipoli from the top of a hill and is perfect for a relaxing vacation: you laze around, go horseback riding, prepare Salento sweets in the kitchen. A stroll through the old town of Gallipoli is a must, with a stop at the Castle, reopened after years of neglect: from June 5 to Sept. 27, it hosts three large site-specific installations by Michelangelo Pistoletto. A FAIRYTALE SEA From the long bay of Gallipoli, with a succession of golden beaches and dunes covered with Mediterranean scrub, continue south. The coast becomes rocky, with a low and easily accessible cliff, between Marina di Mancaversa and Marina di Ugento. In Torre Suda, Kampurè is a trattoria 50 meters from the water: tasty scapece gallipolina and frittura di paranza. In the surrounding countryside, in an unspoiled natural landscape, stands the Tia Maria Country Inn , 19th-century trulli and pajare in two hectares of olive groves. In Torre San Giovanni, an eco-friendly bathing establishment, Lido Pineta , organizes free excursions every Thursday in June and July with guides from the Avanguardie association, to discover the various habitats of the Ugento Coastal Park, among dunes and pine forest, along the canals, up to the basins and Specchia del Corno. HIDDEN SALENTO After an excellent breakfast at Caffè Italia (Corso Umberto I 168) in Taurisano, which makes the best pasticciotti in the province, we go to Presicce, one of the most beautiful villages in Italy : strolling through the historic center we discover courtyard houses, Baroque churches, such as those of St. Andrew and Madonna del Carmine, the Ducal Palace, with an 18th-century hanging garden and the interesting Museum of Peasant Civilization. Under Piazza del Popolo, deserted in the early afternoon, Salento siesta time, visit the underground oil mills carved into the stone, where oil was once produced. Also rich in trappeti is Palazzo San Giovanni , in Morciano di Leuca, a charming 17th-century residence, where you sleep in romantic rooms and apartments with ancient vaults and large fireplaces. There is dinner in Patù's charming square at La Rua de li travai: a menu of typical appetizers and meatballs (349.0584531). GRECÌA SALENTINA A reassuring escape to places where people still live with slow rhythms, amid scents and flavors of other times, to discover the villages of the Grecìa Salentina, united by the griko, an ancient Hellenic language. It is necessary not to be in a hurry and to go on foot to admire the treasures hidden in the squares, as in Sternatia, starting with the former Dominican convent, now the town hall. Large and scenic, Piazza San Giorgio, in Melpignano, conquers with its Mother Church and porticoes, where an important market was held in the 1500s. In the square of the Convento degli Agostiniani, a jewel of late 18th-century Baroque architecture, the Concertone della Notte della Taranta takes place every year in August . Martano is one of the most beautiful centers of Grecìa Salentina, with the courtyard houses of Via Catumeréa and Via Zaca, the Palazzo Baronale and the Church of the Assunta. For the night you retreat to Masseria Capasa : with six rooms and a heated swimming pool protected by dry stone walls. Four kilometers away, Carpignano Salentino is a surprise: from Piazza Duca d'Aosta you set out to discover the ancient Giudecca, enclosed by medieval walls, with hanging gardens. Beautiful alleyways with 15th-century houses, 16th-century balconies, the Mother Church, the Ducal Palace, the Piazza Madonna delle Grazie, with the hypogean oil mill and the Byzantine crypt of S. Cristina, which boasts 10th-century frescoes. ART ON THE TABLE South of Otranto the coast becomes wild and unspoiled. In front of the Tower of Santo Emiliano, among olive and pine trees, Masseria Panareo hosts, until October, the exhibition Tamburbattente, by sculptor Giovanni Tamburelli, and Tavole ad Arte, installations by the FAAD collective: each month a themed table, paired with recipes by chef-patron, Alessandro Zezza. There is a place of great beauty that deserves a stop, perhaps at sunset: it is Muro Leccese, an ancient town of Messapian origin. You are left speechless when you arrive in Piazza del Popolo: it seems like a place out of time, enclosed between churches, such as the Madonna Immacolata and Annunziata, and noble residences, such as the Palazzo del Principe Protonobilissimo, home of the Borgo Terra Museum . For dinner, Nonna Rosa's dehors(0836.342530) by candlelight. Without crowds. A dream.