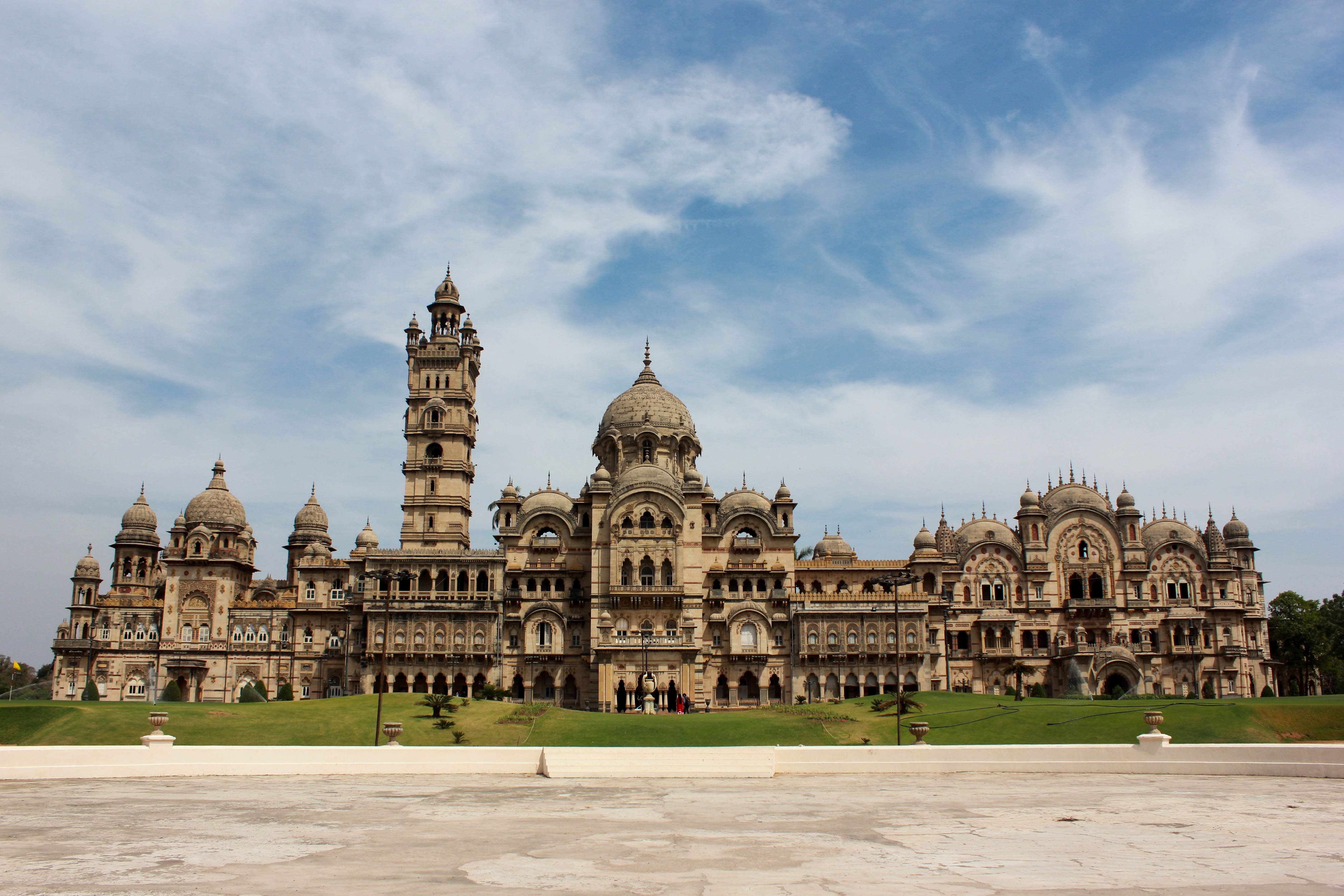 The Laxshmi Vilas Palace in Vadodara, Gujarat, India, was constructed by the Gaekwad, a prominent Maratha family, who ruled the Baroda State. Laxshmi Vilas Palace was styled on the Indo-Saracenic Revival architecture, built by Maharaja Sayajirao Gaekwad III in 1890 at a cost of £180,000.It is reputed to have been the largest private dwelling built till date and four times the size of Buckingham Palace. At the time of construction, it boasted the most modern amenities such as elevators and the interior is reminiscent of a large European country house. It remains the residence of the Royal Family, who continue to be held in high esteem by the residents of Baroda. The Palace compound is of over 500 acres and houses a number of buildings, particularly the LVP Banquets & Conventions, Moti Baug Palace and the Maharaja Fateh Singh Museum building. Laxmi Vilas Palace Main Gate. Darbar Hall featuring the "Rajas Throne". In the 1930s Maharaja Pratapsinh created a golf course for use by his European guests. In the 1990s Pratapsinh’s grandson Samarjitsinh, a former Ranji trophy cricket player, renovated the course and opened it to the public.