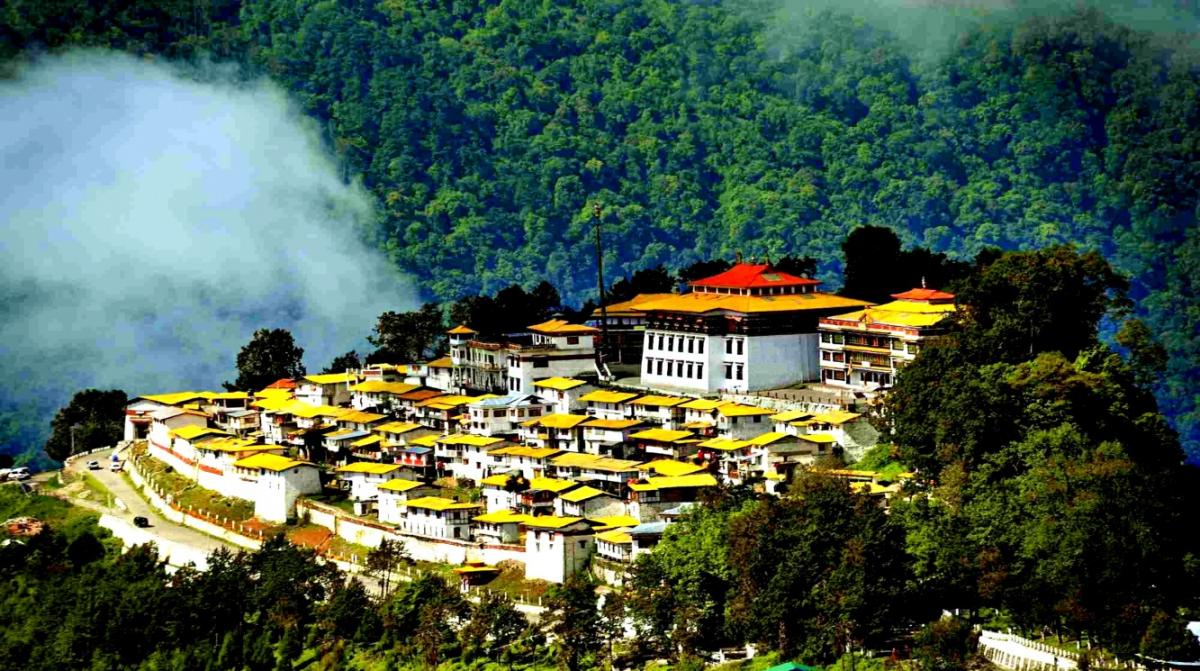 Tawang Monastery is probably the largest monastery of India.It is known in Tibetan as Galden Namgey Lhatse, which translates to "celestial paradise in a clear night. The Tawang Monastery that is the centre of ethno-religious and sociopolitical edifice of the kingdom of ‘Mon’ that was incorporated into Tibet during the late seventeenth century by the Lhasa Tibetan Government is today an integral part of the Indian state of Arunachal Pradesh in the eastern Himalayas. The available Tibetan sources referred it as the seat of ethno-political authority of the ‘Mon’ a distinct ethnic group inhabiting that region known as ‘Monyul’. The historical cross cultural interface that Mon and Tawang Monastery cropped up with Tibet was spiritual interaction but as far as with other Trans Himalayan Buddhist kingdoms such as Bhutan, Ladakh, Spiti, Gilgit Baltistan and Mustang are concerned it was largely undertaken through a sort of forced migration. Today, the Mon and Monpas and their traditional religious culture are withhold by the Tawang Monastery, which is one of the largest Buddhist monasteries in the entire Trans-Himalayan belt