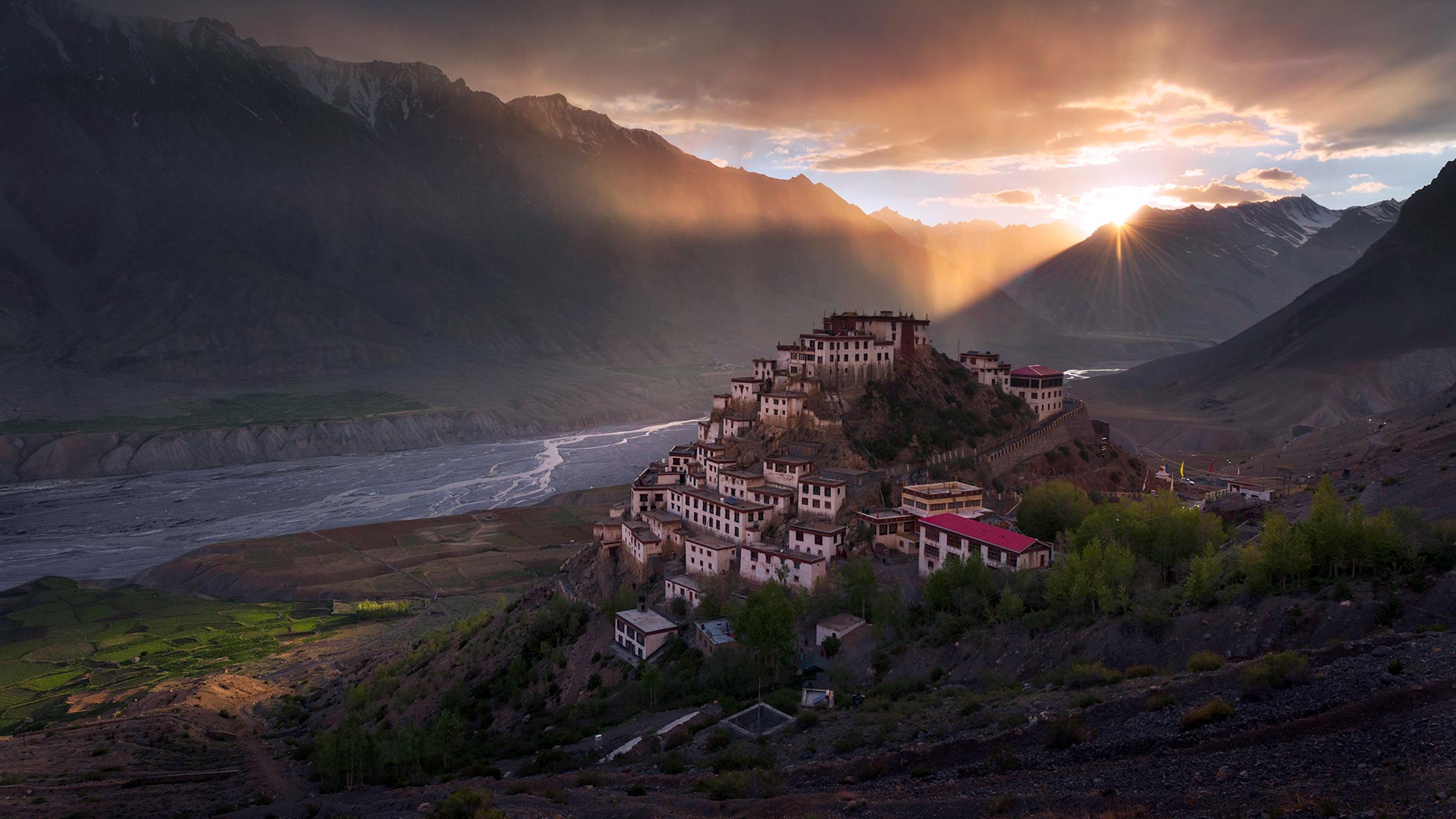 Spiti Valley is a desert mountain valley located high in the Himalaya mountains.The name "Spiti" means "The Middle Land",the land between Tibet and India.The local population follow Vajrayana Buddhism similar to that found in the nearby Tibet and Ladakh regions. The valley and surrounding region is one of the least populated regions in India and is the gateway to the northernmost reaches of the nation. Along the northern route from Manali, Himachal Pradesh or Keylong via the Rohtang Pass or Kunzum Pass respectively, the valley lies in the North Eastern section of the Indian state Himachal Pradesh. Spiti valley is a research and cultural centre for Buddhists. Highlights include Key Monastery and Tabo Monastery, one of the oldest monasteries in the world and a favourite of the Dalai Lama.[4] It was the location of the scenery and cinematography in the Indian films Paap, Highway and Milarepa, a biographical adventure tale about one of Buddhism's most famous Tibetan saints. The Buddhist monastery in the valley served as the locus of the set and some of the monks appeared in the film. The Pin Valley of Spiti is home to the few surviving Buchen Lamas of the Nyingmapa sect of Buddhism. The small town of Manali was the beginning of an ancient trade route to Ladakh and, from there, over the Karakoram Pass on to Yarkand and Khotan in the Tarim Basin. Spiti is summer home to hundreds of semi-nomadic Gaddi sheep and goat herders who come to this valley for grazing their animals from the surrounding villages and sometimes as far as 250 km. They enter the valley during summer as the snow melts and leave just a few days before first snowfall of the season.