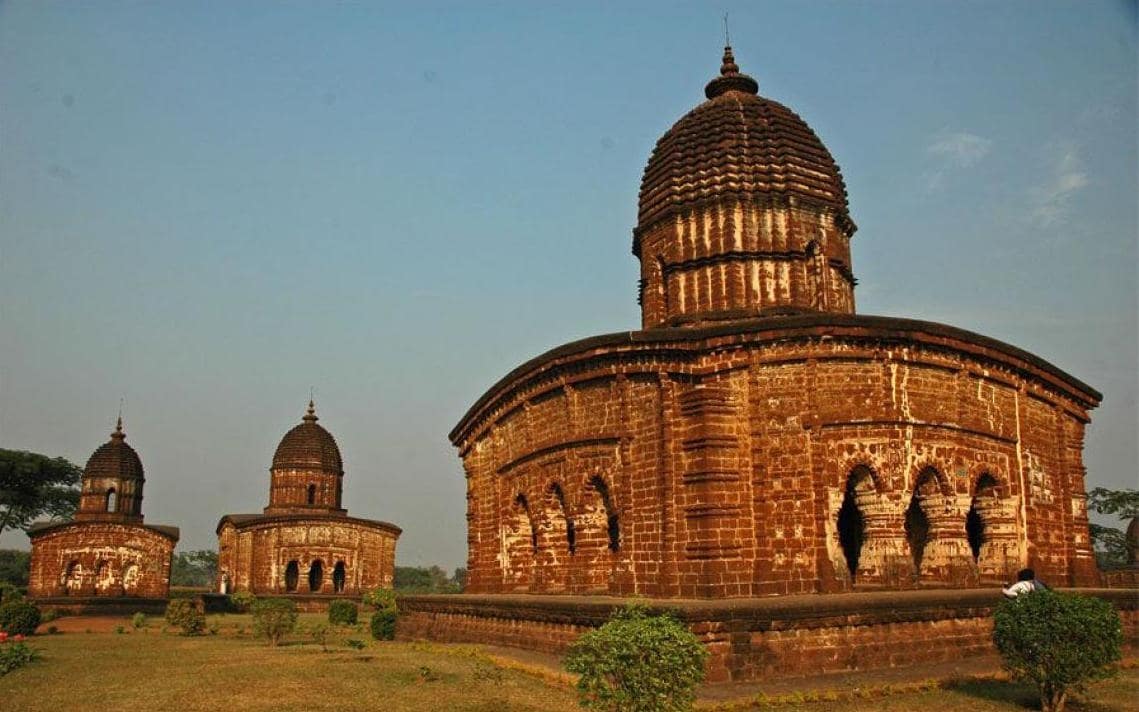 Bishnupur is a quaint town in West Bengal, located about 160 km’s from Kolkata. Bishnupur was the capital of Malla kings of Mallabhum or the warrior kings. Which was an important dynasty that ruled Bengal for a long time with its beginnings in the late 7th century that lasted until early 19th century? This is more than 1100 years and 55 generations. Most temples belong to the 17-18th century. It is said that the dynasty was originally a Shaivite i.e. they used to follow the Shiva. But king Bir Hambir who ruled in the 16th century converted to Vaishnava. And that leads to the construction of all these temples dedicated to incarnations of Vishnu and most prominently Krishna.This region does not have any native stone, so the temples had to be constructed from the clay that is locally available. Temples were made of bricks and were decorated using terracotta tiles. Terracotta being the baked clay, with a shelf life of about 300 years was the alternative to stone art that we see in most other parts of the country. The red terracotta looks majestic on a background of blue sky. The intricate work on the walls depicting stories from Ramayan, Mahabharata, and Puranas along with the depiction of daily life leaves you in total awe. The designs carved in these temples continue to inspire the Baluchari Sari weavers of the town, who even today pick up their designs from the walls of these temples.